A graphic supposedly published by the widely read Nation news site has been posted on Facebook in July 2022.

Headlined “Martha leads Rigathi”, the graphic seemingly shows the results of a presidential running mate poll in Kenya. The country votes on 9 August 2022.

Kenya’s presidential running mate debates were held on 19 July. (Read our fact-check of the debates here.)

The graphic ranks Azimio la Umoja One Kenya candidate Martha Karua as the debate’s winner, with 56% support. She is ahead of Kenya Kwanza’s candidate, Rigathi Gachagua, with 44% support.

Azimio and Kenya Kwanza are the perceived frontrunners in the poll.

But is the opinion poll attributed to Nation authentic? 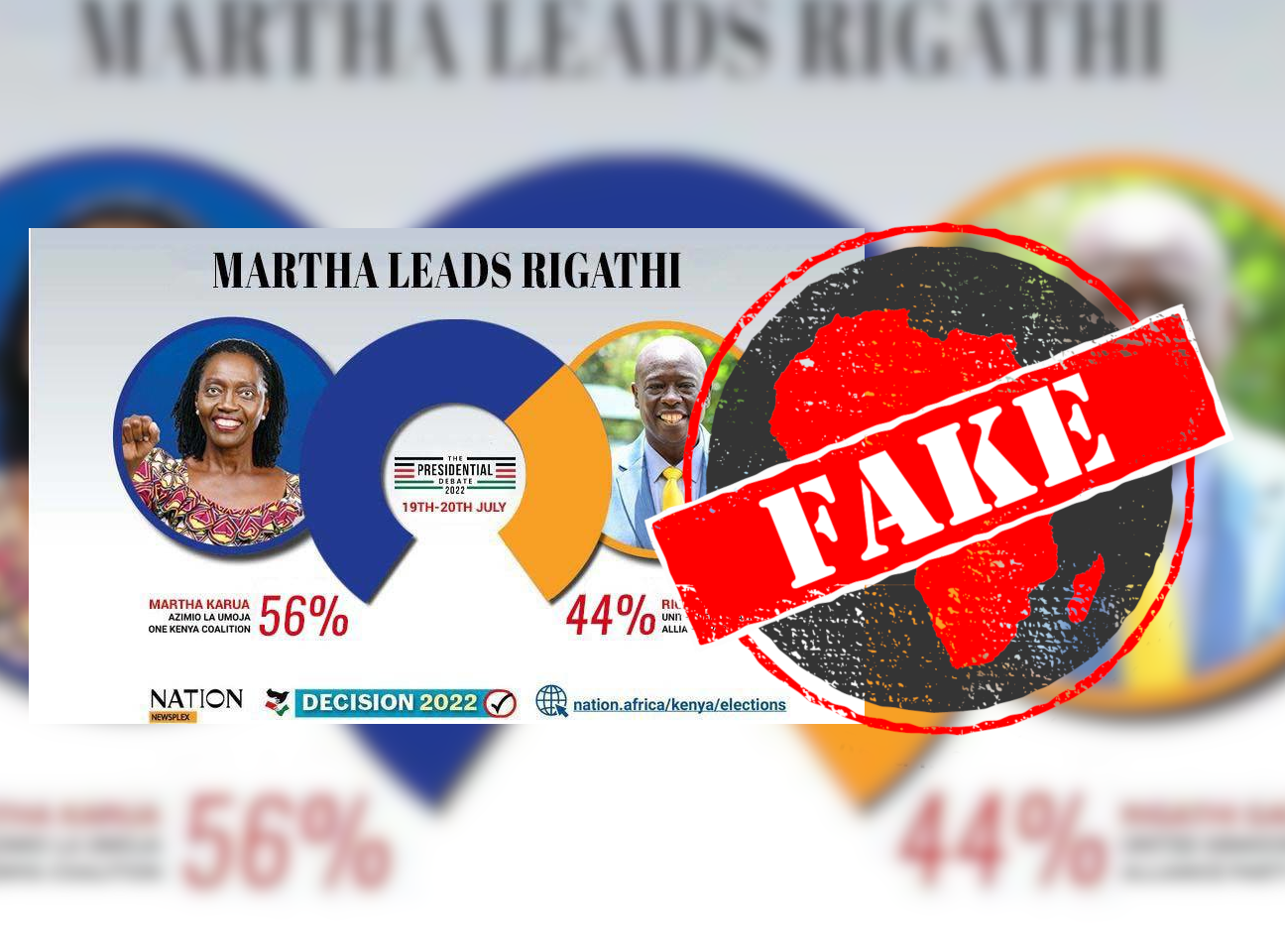 “Beware of fake news! If it’s not on our official social media pages, it’s fake,” the publication said.

Pollsters have become a popular target of disinformation campaigns in Kenya. Misleading numbers threaten voters’ ability to make informed decisions in the election.