IN SHORT: Prominent Kenyan journalist Chemutai Goin has only one official Facebook account – others posting photos in her name should be ignored.

The Facebook account Chemutai Goin would have you believe it is run by Kenyan Citizen TV’s news reporter Chemutai Goin.

The account has been posting photos of Goin since October 2021, usually uncaptioned.

Goin was in a group of people honoured by former Kenyan president Uhuru Kenyatta in May 2020 for their contribution in fighting the Covid-19 pandemic in Kenya.

She also became prominent for covering William Ruto during his presidential campaign and earned praise from his supporters. 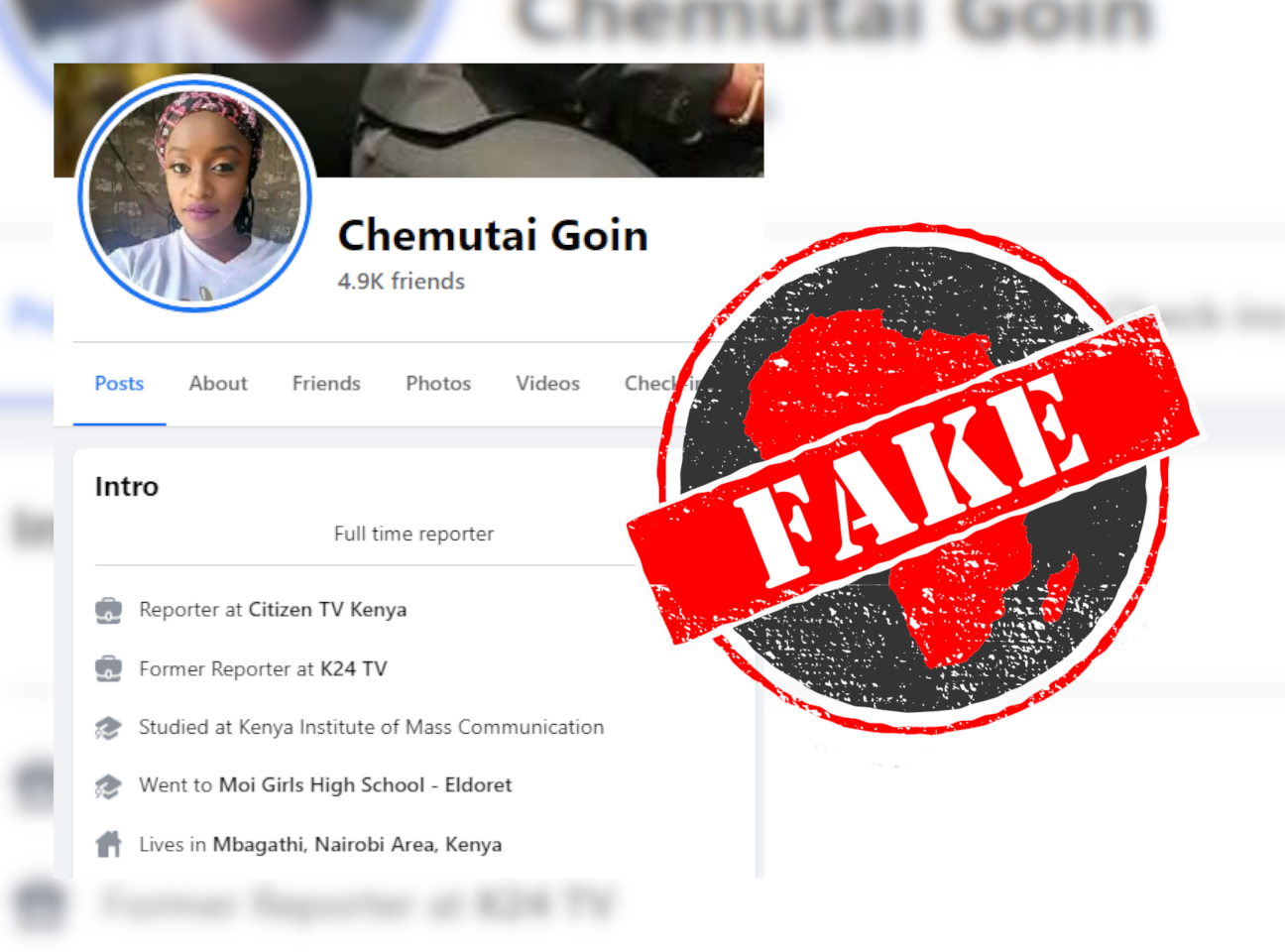 The account changed its cover photo 10 times and profile picture seven times on 6 October when it was created. This is suspicious and a red flag the profile may not be genuine.

Social media impersonators have in the past used the names of prominent people in Kenyan society to publish controversial quotes and even try to scam Facebook users.

Africa Check has debunked a number of these Facebook accounts and pages.

We reached out to Goin and asked if the account belonged to her.

“My official Facebook account is Jane Chemutai G. All the others going by the name Chemutai Goin are fake,” she told us.