IN SHORT: An ad has circulated widely on social media in Kenya claiming maize meal brand Soko is hiring. But there are numerous red flags in the false ad and it should be ignored.

A job advert claiming that popular Kenyan maize meal brand Soko is hiring has been posted on Facebook.

The ad reads: “Soko maize millers limited are looking for passionate workers to work with Salary 22,000 - 28,000 for interested individuals Kindly whatsapp us on 0791881078 starting with the word SOKO for quick assistance.”

According to the post, the vacant positions include cashiers, cleaners, “manufacturers”, suppliers, loaders and drivers.

The positions are supposedly open to both high school leavers and undergraduate students.

The post includes photos of flour packets and what look like milling factory silos with the name “Unga” prominently displayed.

Unga Group Limited is one of Kenya’s largest millers. However, the Soko flour brand belongs to Capwell Industries, not Unga.

But is the ad legitimate and is Soko or Capwell Industries hiring? 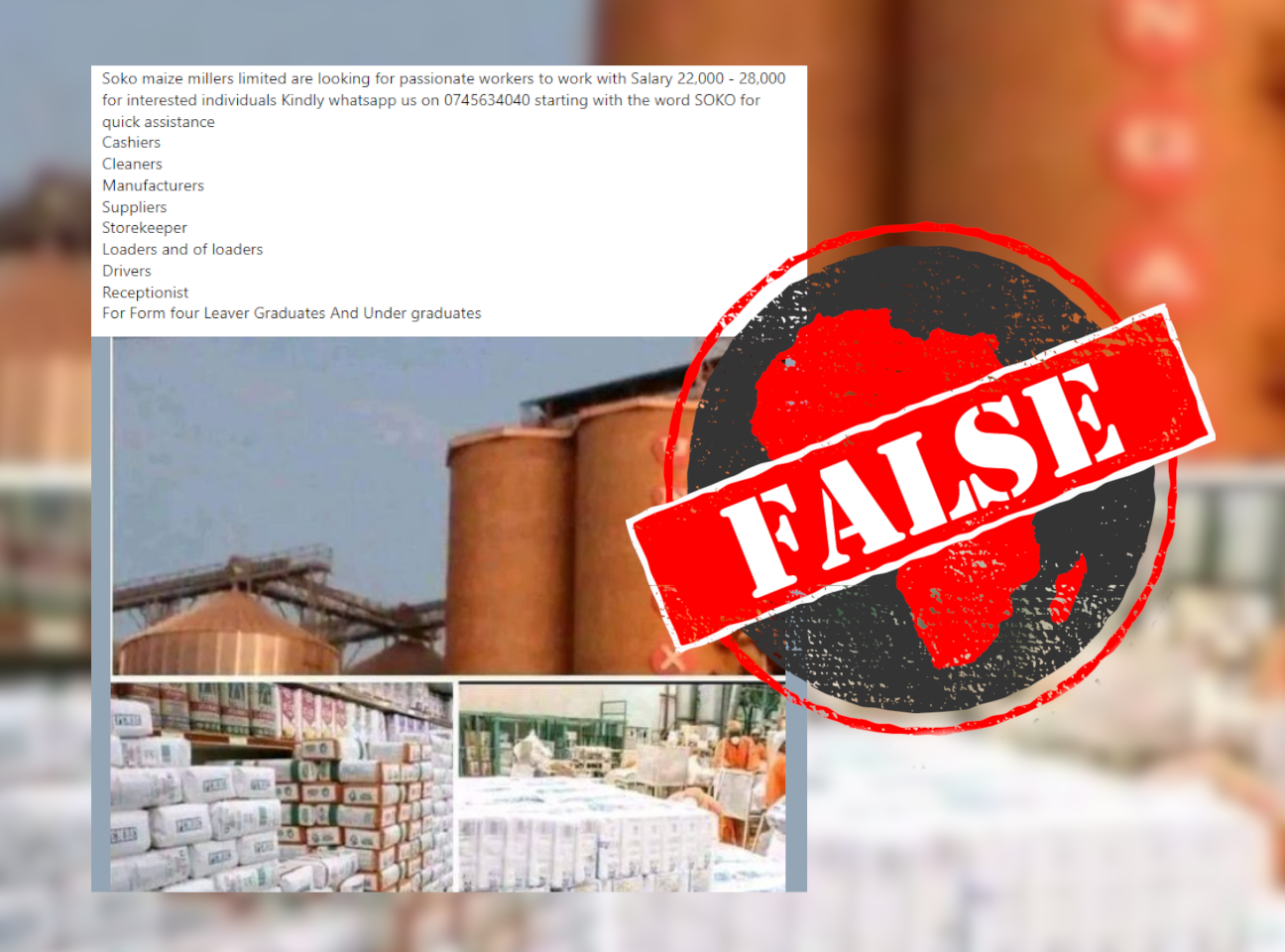 There isn’t a company called “Soko maize millers limited”, as appears in the ad. The Soko flour brand is part of Capwell Industries.

The careers section on Capwell’s website has a notice that there are no vacancies at the company.

It also adds: “Capwell Industries Limited does not charge any fees at any stage of the recruitment process. Applicants are advised not to remit any funds to anyone purporting to facilitate employment at Capwell.”

We could also not find this job advert on any of Capwell’s social media platforms, including accounts dedicated to the Soko brand.

But we did find a 1 October 2022 post in which Soko Flour dismissed the job ad as “FAKE”. The ad circulating on social media is not real and may be trying to scam job seekers.

For more information on how to avoid job scams on Facebook, read our guide here.

Naivas supermarkets in Kenya conducting mass recruitment in 2022? No, beware of another scam