A quote attributed to Kenyan politician Martha Karua, the party leader of Narc Kenya, has been widely shared on Facebook.

The quote goes on: “I respect my political calibre, Kenya deserves better. I better be a sweeper in Railas Government than Rutos running mate.”

Facebook users shared a screenshot of a post with the quote from a Facebook page with over 30,000 followers. The screenshot was shared here, here and here.

Raila Odinga is an opposition leader in Kenya and William Ruto is the country’s deputy president. Both men are running for president in the 9 August 2022 elections.

Karua was under pressure to declare her allegiance to the Azimio la Umoja coalition led by Odinga or the Kenya Kwanza coalition led by Ruto. She had long resisted and said on 15 March on Twitter joining a coalition was not a “requirement” or urgent and could be “before or after elections or not at all”.

However, on 23 March, it was reported she had made her choice, and joined Odinga’s coalition.

But is the offending quote accurate? 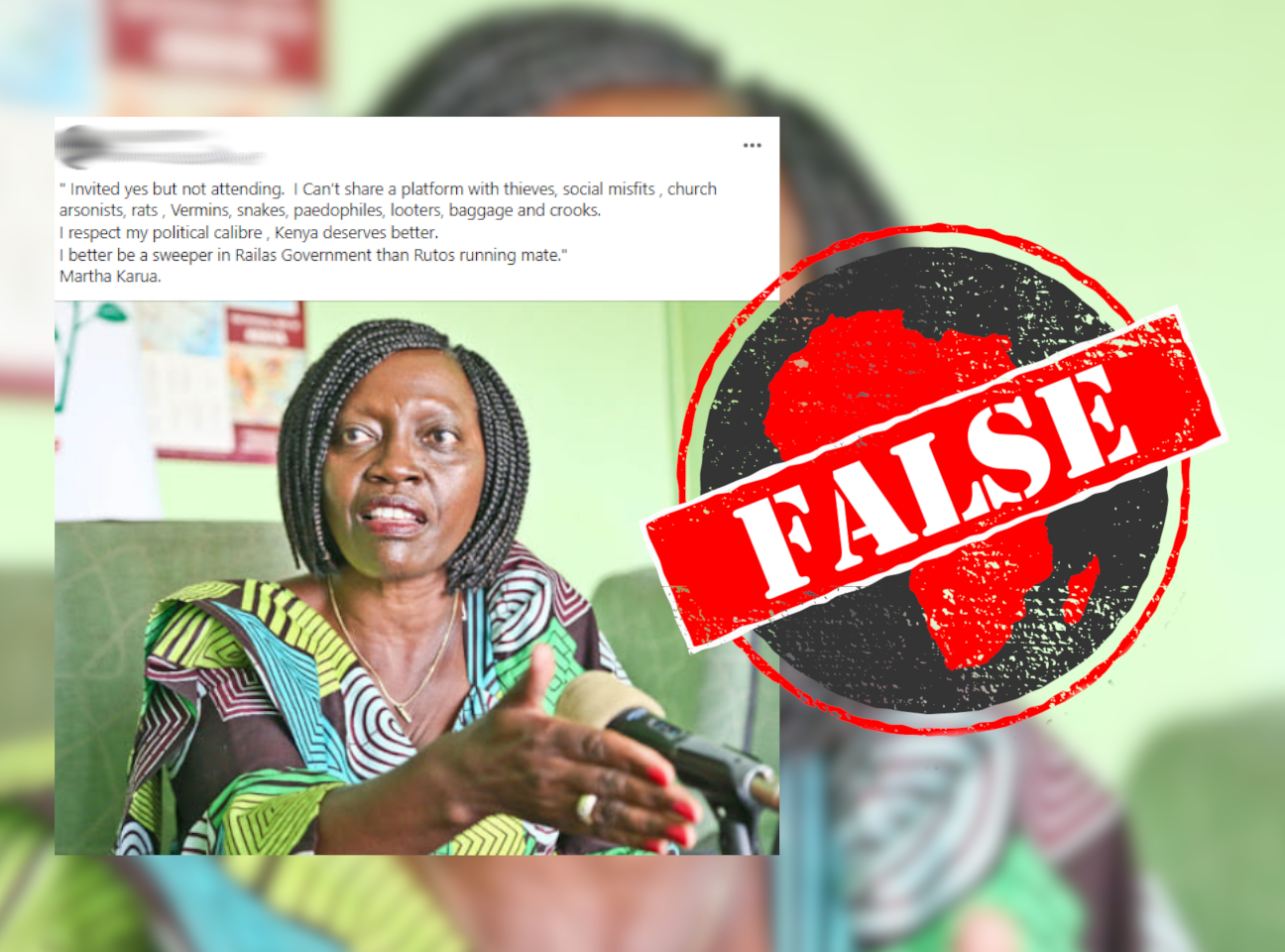 When we contacted Karua’s office, they responded: “We confirm that the statement is false."