The quote attributed to the minister and dated 20 May 2021 reads: “I am aware there is a social media trend asking for my sacking, sponsored by tribalists in government who have always been uncomfortable with a Kisii holding the post I hold. If a certain region feels this post belongs to them, let them petition His Excellency to give it to them and I can go work for my people in other capacities. I will not die doing a thankless job.”

The Kisii people, also known as Gusii or Abagusii, are one of the larger ethnic groups in Kenya, making up about 6% of the population.

The quote has been posted in a Facebook group with over 69,000 members.

It was shared soon after Oscar Sudi, the member of parliament for Kapseret constituency in eastern Kenya, accused Matiang’i and others of plotting to impeach deputy president William Ruto.

But did the minister fire back in the quote circulating on social media? We checked. 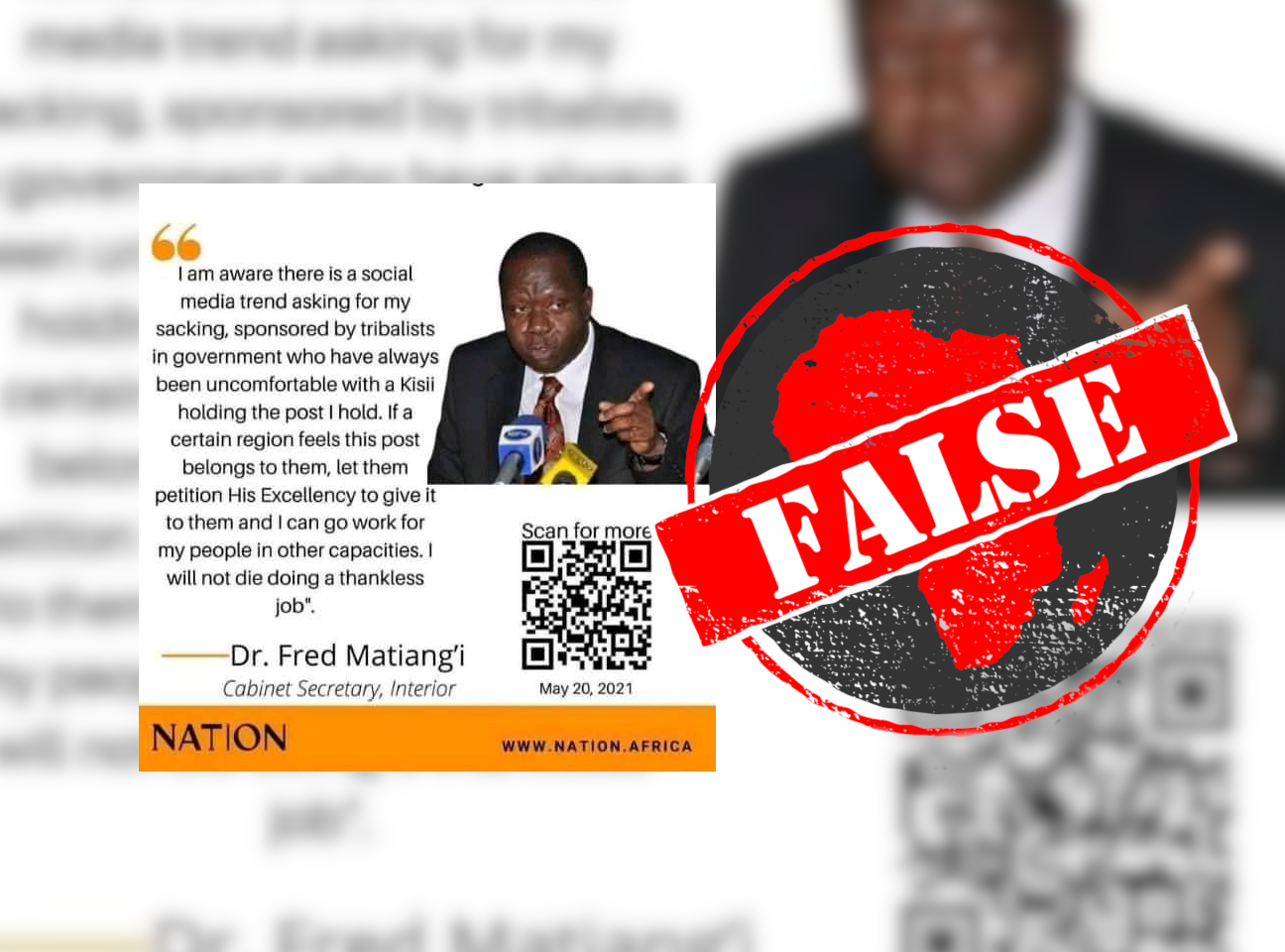 Africa Check looked for the graphic on Nation Africa’s Facebook page but it was not there.

The media house had instead posted that the card was fake.