A graphic posted on Facebook in Kenya quotes Nicholas Gumbo as saying there will only be democracy in the country’s Siaya county after Raila Odinga retires.

Odinga is the presidential candidate for the Azimio la Umoja coalition. It is pitted against deputy president William Ruto’s Kenya Kwanza alliance in the Kenyan elections scheduled for 9 August 2022.

Gumbo is running for governor in Siaya county, which is in the former Nyanza province in the country’s west. He served as a member of parliament for Rarieda constituency, one of six in the county, from 2008 to 2017.

Gumbo is in the Azimio alliance with Odinga, who commands a near-fanatical following in the county. He faces James Orengo, a close ally of Odinga. Orengo represents the county in the senate.

The graphic is dated 7 July 2022 and includes a photo of Gumbo and the logo of the popular online news website, Kenyans.co.ke.

Because of its reach, the site is a favoured target of disinformation merchants. Ahead of the 9 August elections, Kenyan voters are being bombarded with information, with many struggling to make informed choices.

The quote attributed to Gumbo reads: “Democracy biro mana bedo Siaya ka Raila ose retire.” This is in the Dholuo language, spoken widely in the area.

This translates to: “Democracy will only be in Siaya after Raila has retired.”

Would Gumbo really view his coalition leader as an impediment – and deal a death blow to his own chances of becoming governor? 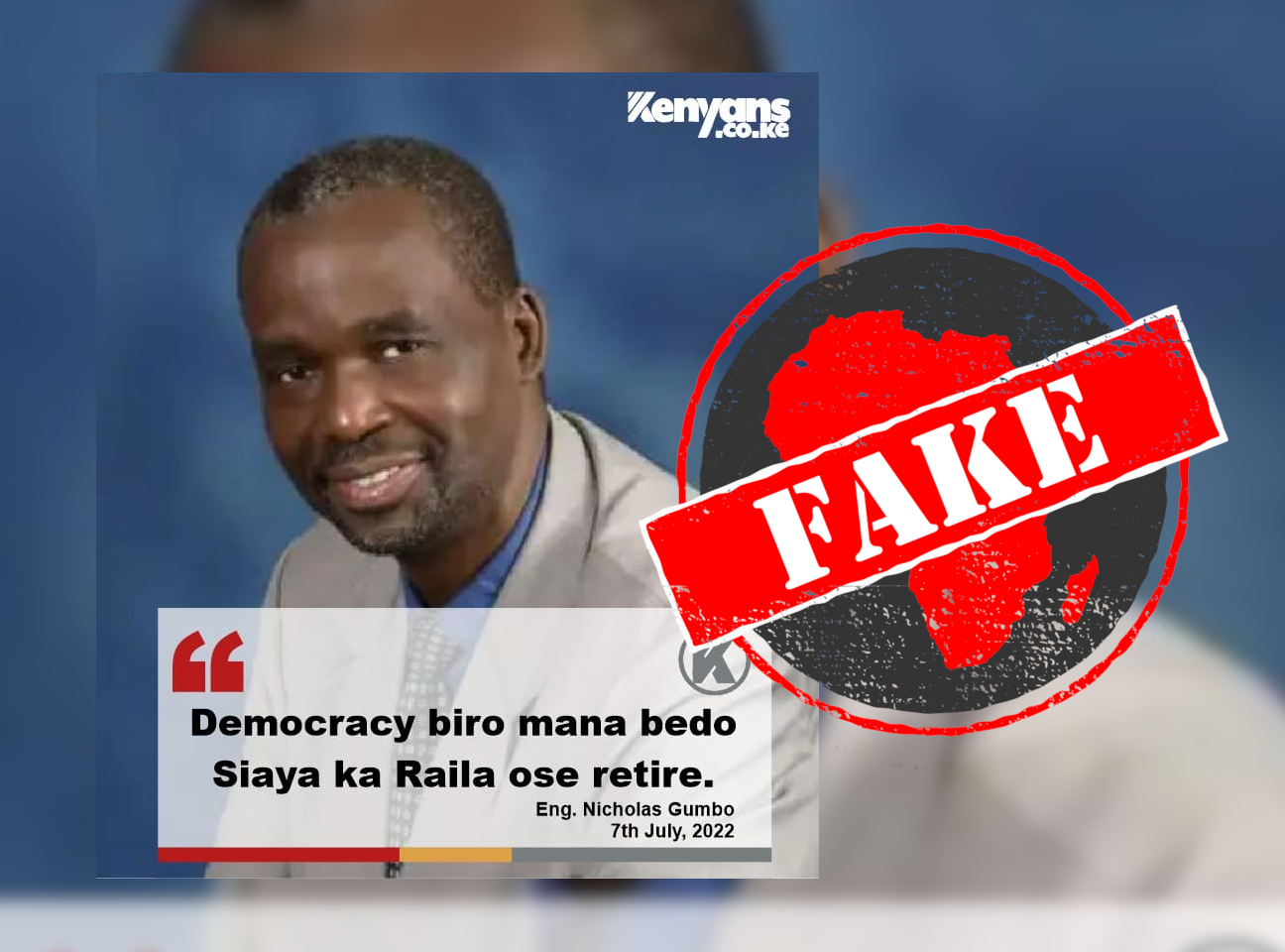 Kenyans.co.ke is active on social media and posts news as it breaks. But we could not find this graphic on its website, or its Facebook and Twitter pages.

On 7 July, the site posted the graphic on its official Facebook page, and stamped it “FAKE”.

“This post did not emanate from our media house,” the post reads. “It does not conform to the in-house branding rules and did not go through the multiple approval checks set in place to prevent misreporting.”