“Due to public demand Maria series season 2 is coming up shortly,” reads a post on the Facebook page “Yasmeen Said”.

It adds: “We are looking for 20 serious people who can be trained and act well then start earning 15k weekly. For booking and registration Whatsapp Maria through 0738883166.”

It’s one of many similar notifications posted on the page since 31 July 2020.

The page appears to ride on the popularity of Yasmeen Saiedi, a popular actor who was the main character on the Kenyan TV show Maria – her stage name – on Citizen TV.

The show has ended, but the page has gained social media attention for advertising “Maria series season 2” auditions.

Other posts on the page offer loans in the name of former Nairobi governor Mike Sonko. It also posts job ads, including supposed recruitment for an unnamed supermarket and for Zora, another local TV show.

But the page is a scam. 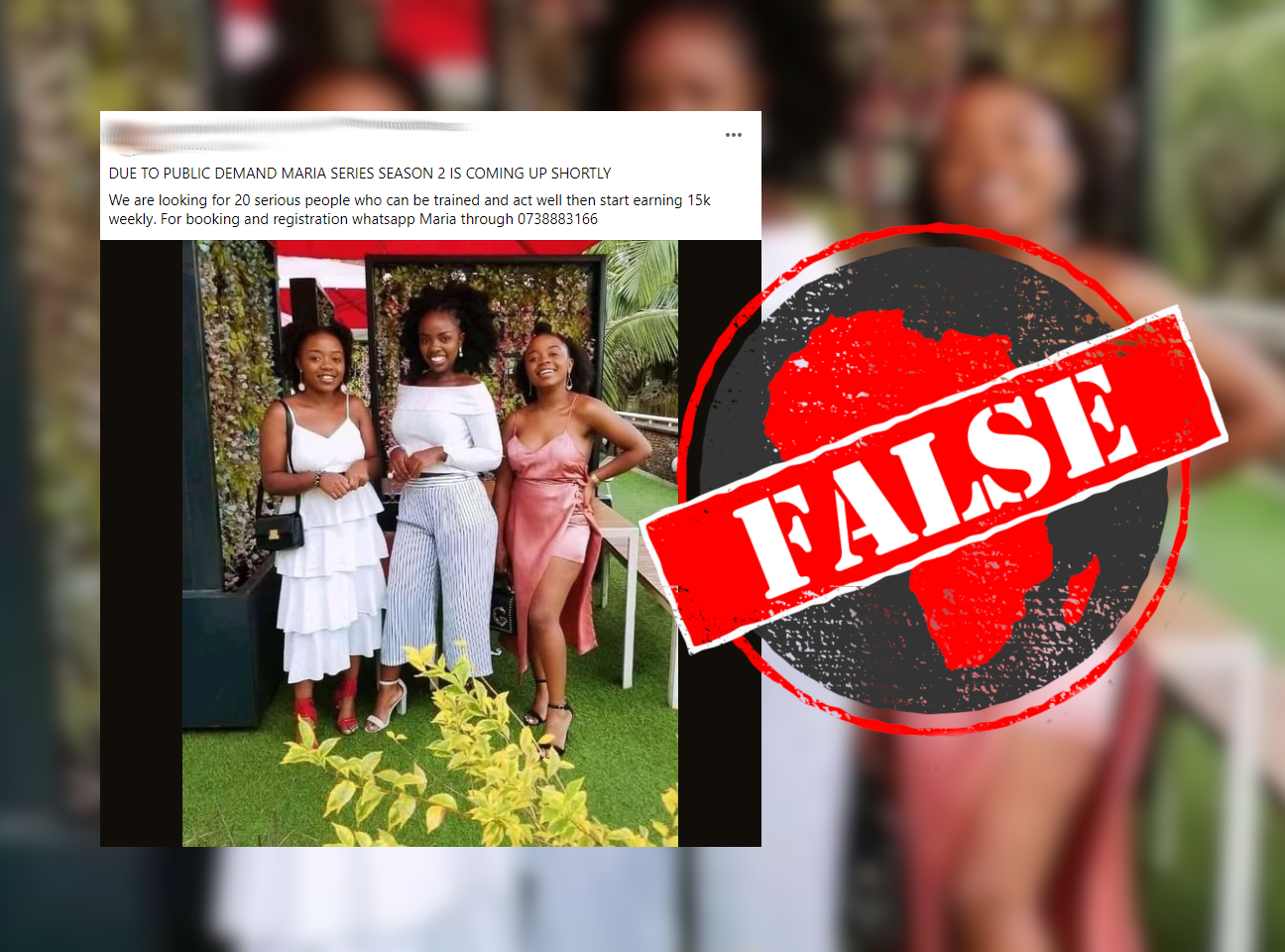 No call for Maria auditions, no Sonko loans

Citizen TV has warned that there are no auditions for Maria.

“Buyer Beware: Kindly be advised that there are NO Maria show auditions taking place and Royal Media Services will NEVER ask you for any registration fees for auditions,” it posted on Facebook.

The channel’s message includes a screengrab from a version of the scam ad – stamped “fake” – posted the “yasmin_saidd” Instagram account, which is presumably run by the people behind the “Yasmeen Said” Facebook page.

And an advert offering loans from the “Sonko loans foundation” has already been checked by Africa Check and found to be a scam.

There are no loan offers to be found on Sonko’s official Facebook page, where he posts about his activities.

For more details on how to spot scams on Facebook, read our guide.