A post shared on Facebook in Nigeria claims that Nnamdi Kanu, leader of the Indigenous People of Biafra (Ipob), was not arrested, despite news reports saying he was.

It reads: “Nnamdi Kanu Arrest. Nigerians and there fake news flying upandan [up and down].”

Biafra was a region that roughly correlates with Nigeria’s South East geopolitical zone today.  In May 1967, Biafra declared its independence from the rest of the country. A civil war followed, ending in January 1970 with Biafra’s defeat.

There are continued calls for Biafran independence, most notably by Ipob. But has Kanu, who has been living in London in the UK, been arrested? 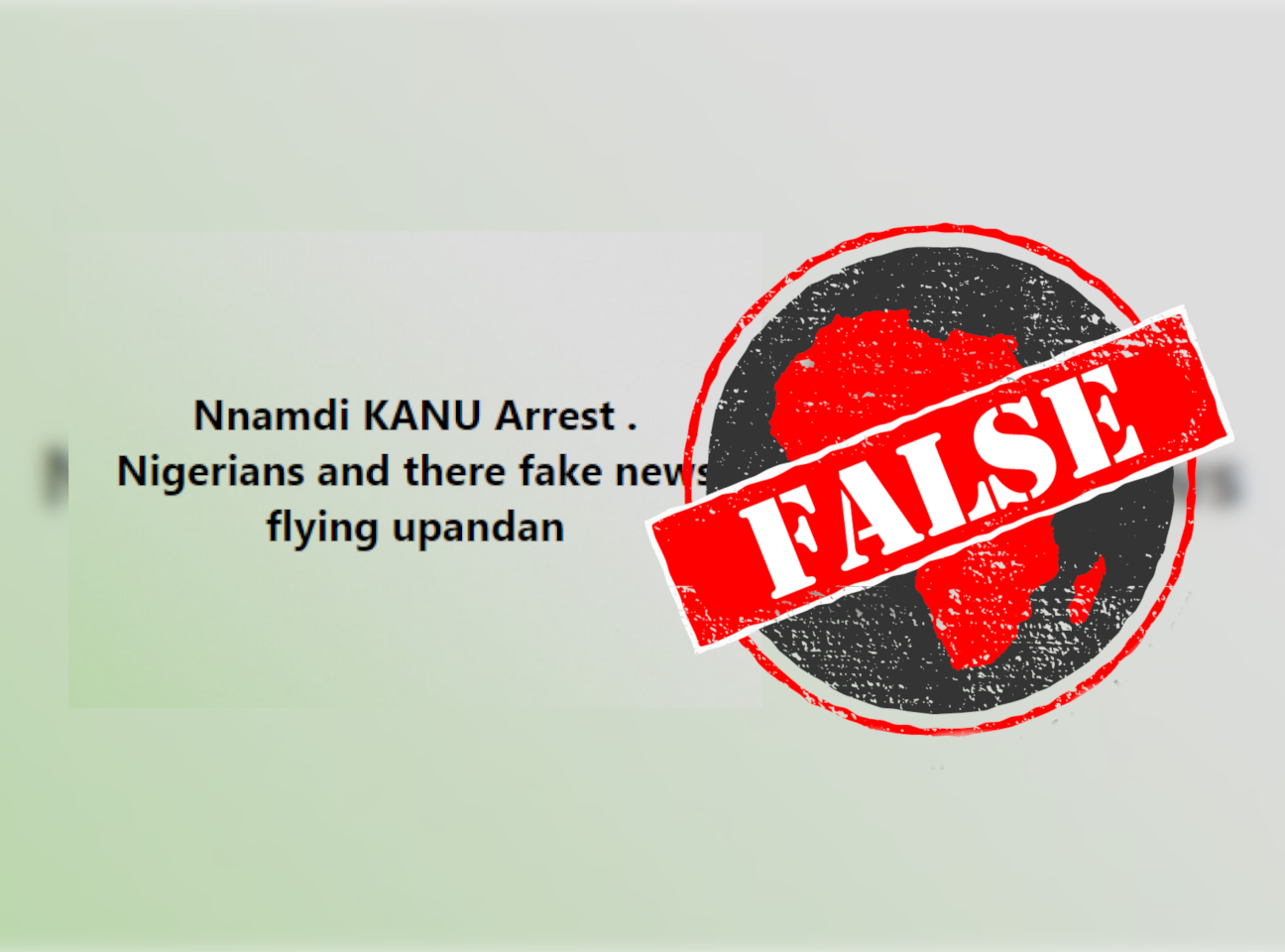 Kanu arrested and arraigned in court

There have been multiple reports in the mainstream media of Kanu’s arrest, both in Nigeria and internationally.

He was arrested on 27 June 2021 through joint efforts by Nigerian security agents and the International Criminal Police Organization, or Interpol. But officials have not disclosed where and how.

According to Nigeria's justice minister, Abubakar Malami, Kanu was brought back to Nigeria to face trial, after jumping bail in 2019.

Kanu was previously arrested on 14 October 2015 on 11 charges, including terrorism, treasonable felony and managing an unlawful society. He was granted bail in 2017.

He is also accused of inciting violence against the Nigerian state and institutions through TV, radio and online broadcasts, and of instigating violence, particularly in southeastern Nigeria.

Kanu appeared before a federal high court in Abuja on 29 June 2021, two days after his arrest. While all the details are still to emerge at the time of writing, claims that he was not arrested are false.