Bitter leaves, lemongrass and ginger no remedy for recurring malaria

“Remedy for reoccurring malaria,” reads the headline of a message posted on Facebook in Nigeria.

It claims that a mixture of bitter leaves, lemongrass and ginger can cure recurring malaria, or relapses of the disease. “Wash the three ingredients thoroughly and cook for about twenty minutes. Allow it to cool down. Drink a glass thrice daily for a week,” it reads.

Malaria is caused by the bite of an anopheles mosquito carrying the plasmodium parasite. The disease can be life-threatening if left untreated.

Is this mixture a remedy for recurring malaria? 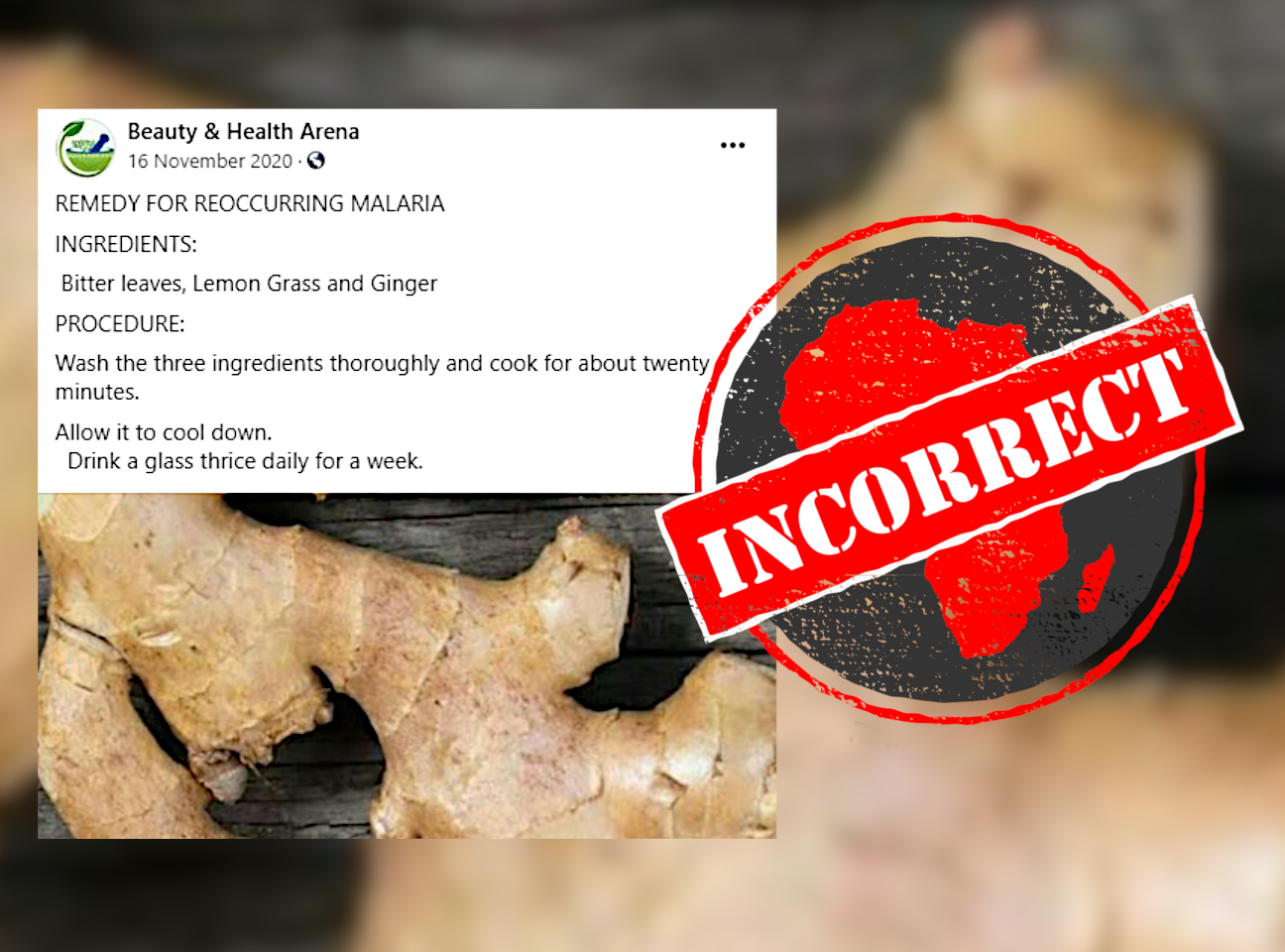 ‘Visit doctor, get tested and treated’

According to the World Health Organization, more than 400,000 people die every year from malaria, a preventable and treatable disease. The WHO adds that early diagnosis and proper management with the available treatment is essential to avoid complications that can lead to death.

Okon Essien, a professor of medicine at Nigeria’s University of Calabar, said there was no peer-reviewed scientific evidence that the mixture treated malaria.

“I don’t prescribe this, and I cannot attest to its efficacy,” he told Africa Check. “There are certified and tested medications for treating malaria. They are available and affordable. I see no reason why anyone should opt for concoctions like this to treat malaria.”

He also advised people who suspected they might have malaria to go to a hospital, where their blood would be tested for malaria parasites.

“This is to rule out any possibility that they might be suffering from another ailment or disease after which they will be properly treated,” he said.

Africa Check recently debunked a similar claim on Facebook that tea made from lemongrass and ginger could be used to detoxify the body.