Burning church in Kenya’s Laikipia county in 2021? No, photo snapped in Tanzania in 2016

“BREAKING NEWS!!! Kenya Assemblies Of God (KAG) Church reduced into ashes in Ol Moran, Laikipia County by bandits,” reads a caption of a photo posted on Facebook in September 2021. “This is the 2nd KAG to be burned in the country.”

The blurry photo is of a building engulfed in flames at night. It’s been posted elsewhere on Facebook with differently worded captions, but all claiming it’s a Kenya Assemblies Of God church burning in the Ol Moran region of Laikipia county.

The county, long troubled by conflict between farmers and herders, has recently seen attacks by suspected “bandits” in Ol Moran. Citizen TV reported that at least 40 houses were torched in early September.

But does the photo show a KAG church burning in Laikipia? We checked. 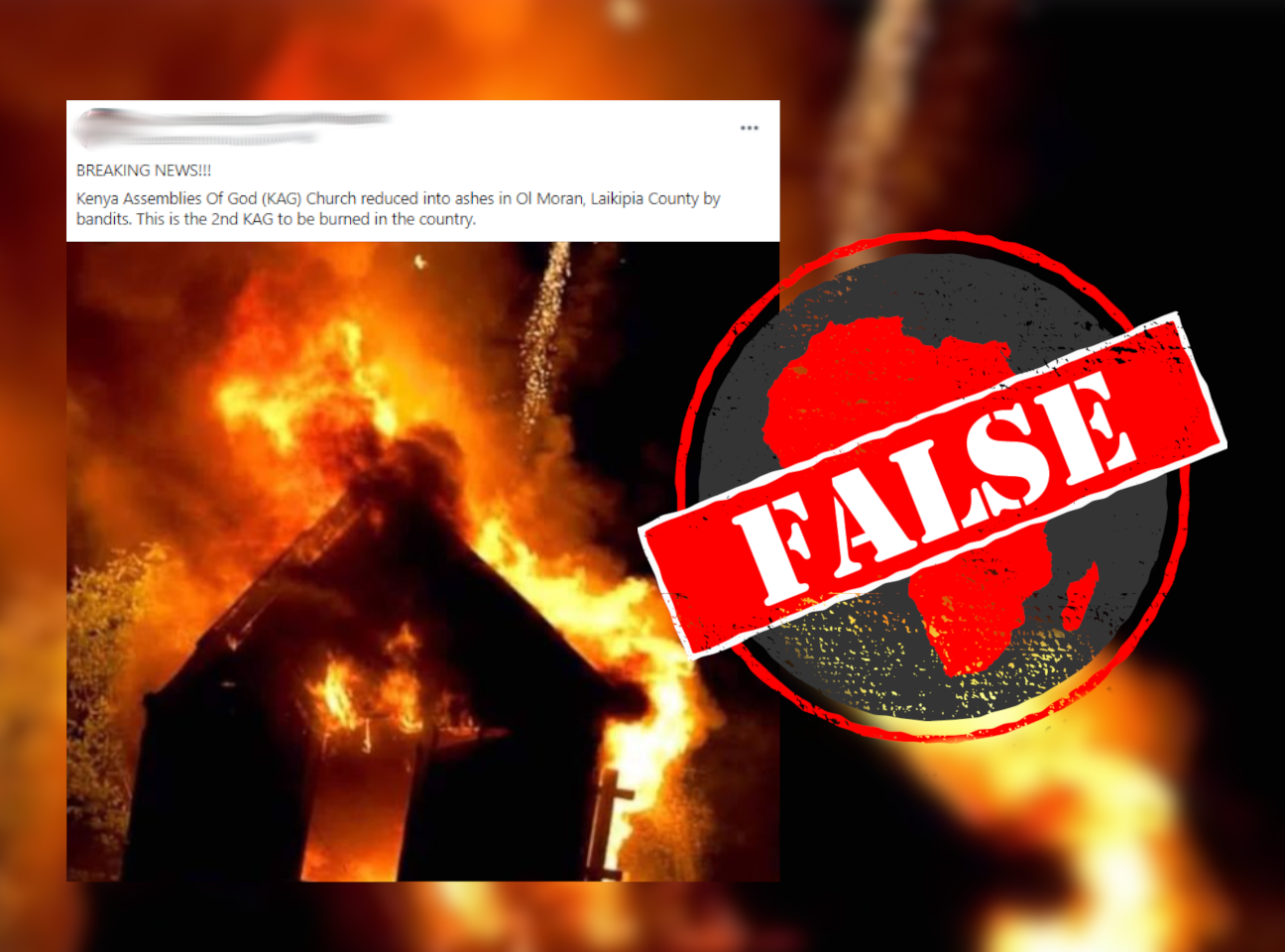 Using a reverse image search, we traced the photo to an article published on the World Watch Monitor website on 5 May 2016 – more than four years ago.

“Third church in four months burnt down in N. Tanzania,” its headline reads. It reports on arsonists burning churches in the Kagera region of the country, at the border with Uganda, Burundi and Rwanda.

In the article, the photo’s caption identifies the burning building as a Roman Catholic church in Nyarwele, Kagera, set aflame on 3 May 2016.

“No group has claimed responsibility for the fire that destroyed the Roman Catholic church,” the article says.

We also found another photo of the burning church, taken from a different angle and published on a Tanzanian website in 2016. It also identifies it as being in Nyarwele, Kagera.