A post on the Nigeria-based Facebook page “Solarababa herbs” claims a mixture of fried cassava tuber and groundnuts – peanuts – mixed with honey will suppress asthma attacks.

It describes how to prepare the mixture, ending with: “Lick during asthma pain or attack.”

Asthma is a condition where the airways are narrow and swollen and may produce extra mucus. This could lead to breathing difficulty, wheezing, coughing and shortness of breath.

The World Health Organization says more than 339 million people across the globe were affected by the disease in 2016. It is common among children and a major noncommunicable disease.

But is there any scientific evidence that this remedy will suppress asthma attacks? We checked. 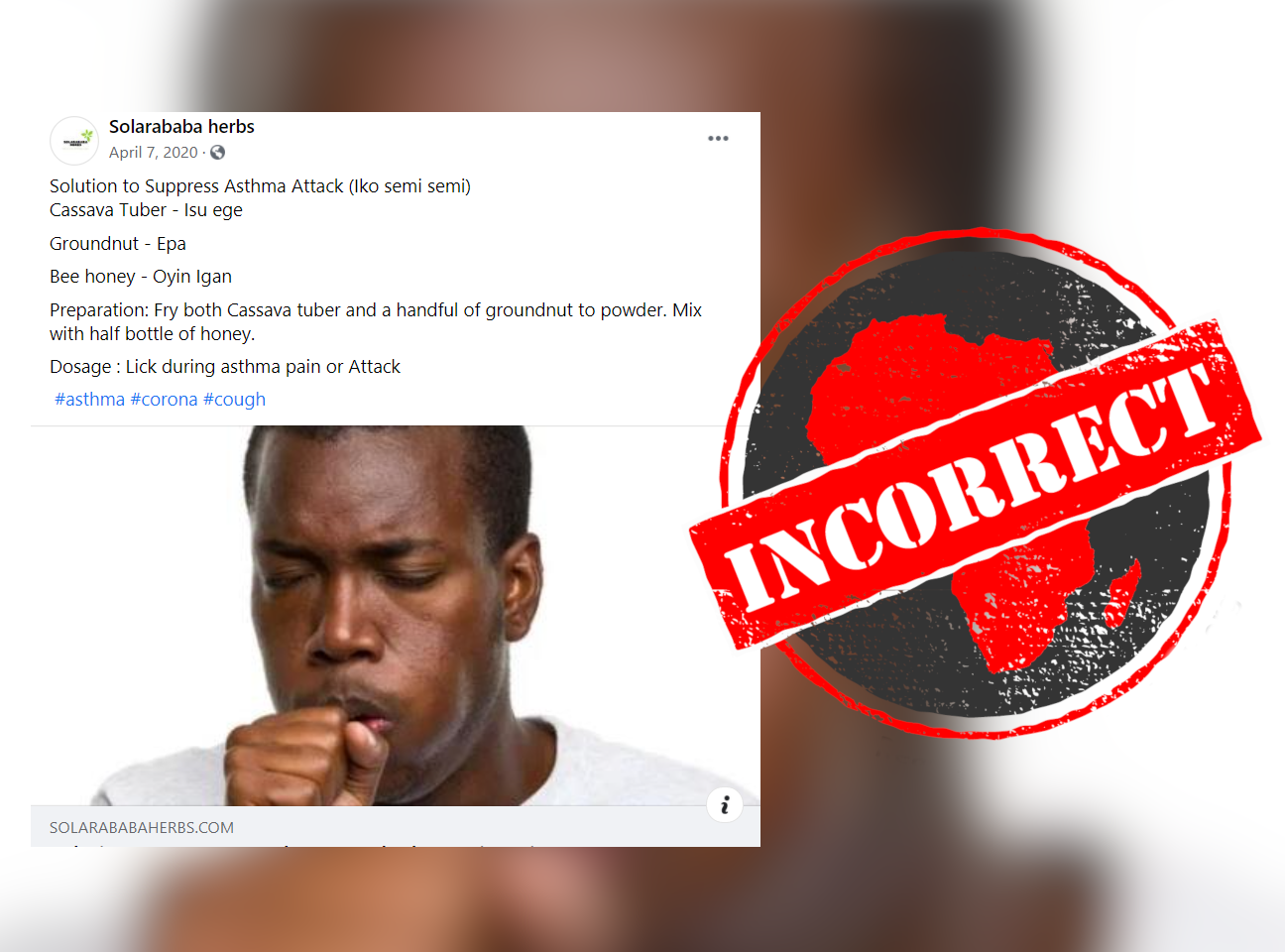 Treatable but see a doctor

We asked Casimir Omuemu, a professor of medicine at the University of Benin in southern Nigeria, if the mixture would work.

“I will strongly advise against it,” Omuemu said “Some people have an allergic reaction to groundnuts. I would not recommend that an asthmatic person has anything to do with groundnuts during an asthma attack.

He added that there were treatments for asthma, such as the Ventolin inhaler. Otherwise, sufferers should stay hydrated and remain warm when an attack is on.

Omuemu said people with asthma should stay away from triggers such as dust, smoke, pollen from flowers, household insecticides, frying palm oil and cold. They should avoid having rugs in their houses.

According to the British National Health Service, asthma is usually treated using two main types of inhalers, but patients might need to take tablets. Reliever inhalers quickly relieve symptoms for a short time, while preventer inhalers can help prevent asthma.