China supplying Africa with corned beef made from dead people? No, it's a hoax

Photos of what seems to be a dead human body lying on a butchery table have been circulating on Facebook.

They’re captioned: "Chinese people have started producing corned beef with their dead bodies and sending them to Africa. Please stay away from corned beef irrespective of brand, most especially in Africa and from Afro-Asian grocery shops.”

A reverse image search brings up similar images that lead to an article, posted on My Gaming in 2012. The article says the "human body" was sculpted out of raw meat as a marketing stunt to promote the release of the game Resident Evil 6. 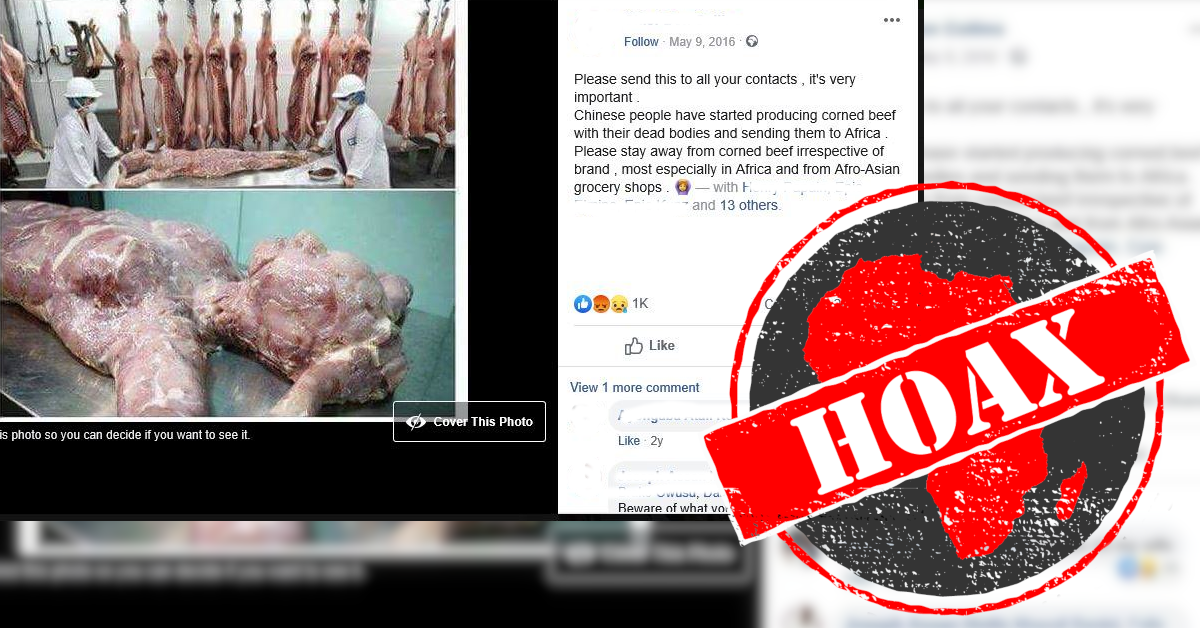 A 2012 Huffington Post article explains that Resident Evil is a “survival horror video game series that’s bloody, to say the least”. The article assures readers that the meat in the photo is not human flesh, “although it’s unclear what meat is used”. The sculpture was created by artist Sharon Baker.

The article says the “human butchery” exhibit was held set at London's Smithfield Market in September 2012.

It’s not the first time the photos have been used in a hoax.

In 2016 the photos started making the rounds on Facebook with the claim that China was marinating dead bodies, canning them and selling them in African countries. The rumour was apparently encouraged by the press in Zambia, which published articles quoting “sources” from Chinese meat factories.

“This is completely a malicious slandering and vilification which is absolutely unacceptable to us,” he said.

“We hereby express our utmost anger and the strongest condemnation over such an act.”

What’s Kenya’s external debt and how much does it owe China?