It claims that a report by the World Population Review, an online database of demographic statistics, found that Botswana, a country in southern Africa, “tops the list of countries with highest rape in the world”.

It provides a list of 10 countries with the “highest rape rates”. The list includes Australia, Lesotho, South Africa and Sweden.

Did a survey by the World Population Review find that Botswana has the highest rape rate in the world? And is this accurate? We checked. 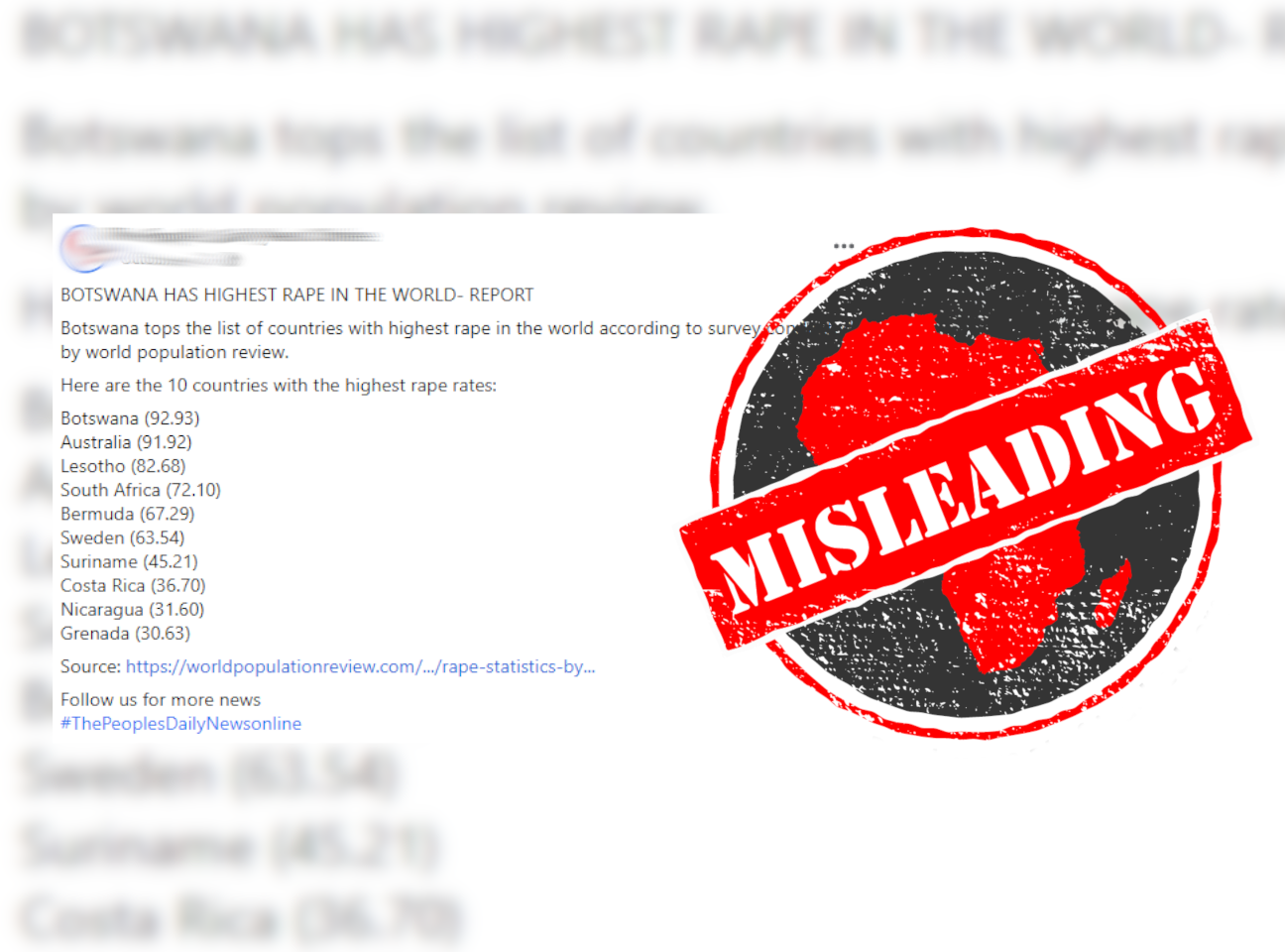 The World Population Review has published a report titled Rape Statistics by Country 2021 on its website.

The report includes a list of the countries with the highest rape rates. Botswana is at the top of the list with a rate of 92.93 rapes per 100,000 people.

Africa Check could not find up-to-date data on Botswana’s rape rate. The only data we could find was a quote from Botswana police spokesperson Dipheko Motube, saying there had been 2,265 rapes reported in 2019. This would put the 2019 rape rate at 96.30 per 100,000.

In the article, published November 2020, Motube indicated that the rate had increased that year.

‘No international comparisons will be accurate’

The World Population Review report also provides a detailed explanation of why country-to-country comparisons of rape statistics are difficult to make . This includes factors such as underreporting of rape due to shame and stigma, and differing definitions of rape across countries.

Some countries do not recognise spousal rape or any act other than nonconsensual vaginal penetration as rape.

The counting of rape can also differ as some countries will count gang rape as one act of rape regardless of the number of participants, while others will record each participant as an act of rape.

Africa Check has previously published an analysis on why it is flawed to call any one country the “rape capital” of the world.

Lizette Lancaster, manager of the Institute for Security Studies crime and justice hub, told us “no international comparisons will be accurate”.