A long message posted on Facebook in Kenya in August 2021, which seems to be from former president Mwai Kibaki to Orange Democratic Movement leader Raila Odinga, is clearly false.

Kibaki served as president from 2002 to 2013. Odinga was prime minister from 2008 to 2013, in Kenya’s “grand coalition” government formed after disputed elections in 2007 led to widespread violence.

The ODM leader is one of many politicians who have hinted at running for presidency in Kenya’s 2022 elections.

“You are a good man,” it continues. “You made me president at the time I least expected i could be. You campaigned for me and consolidated my support in every conner of the country at the Time I couldn't even walk.”

It adds: “I know I failed to honour our 2002 MOU, rigged your victory in 2007 but it wasn't my fault. I was forced to ascend to power again that's why I was sworn in at night.”

The message also appears to highlight the achievements Odinga made while in government.

“Having you as the PM was the greatest achievement in my presidential career as your descisions were always brilliant, it helpeld to cement my legacy such as building the economy and major roads like Thika Super highway that Kenyans are proudly using today.

“I know i failed you brother But the greatest thing I would leave for you is my blessings. You will make it to presidency . keep fighting and pushing for better Kenya.” 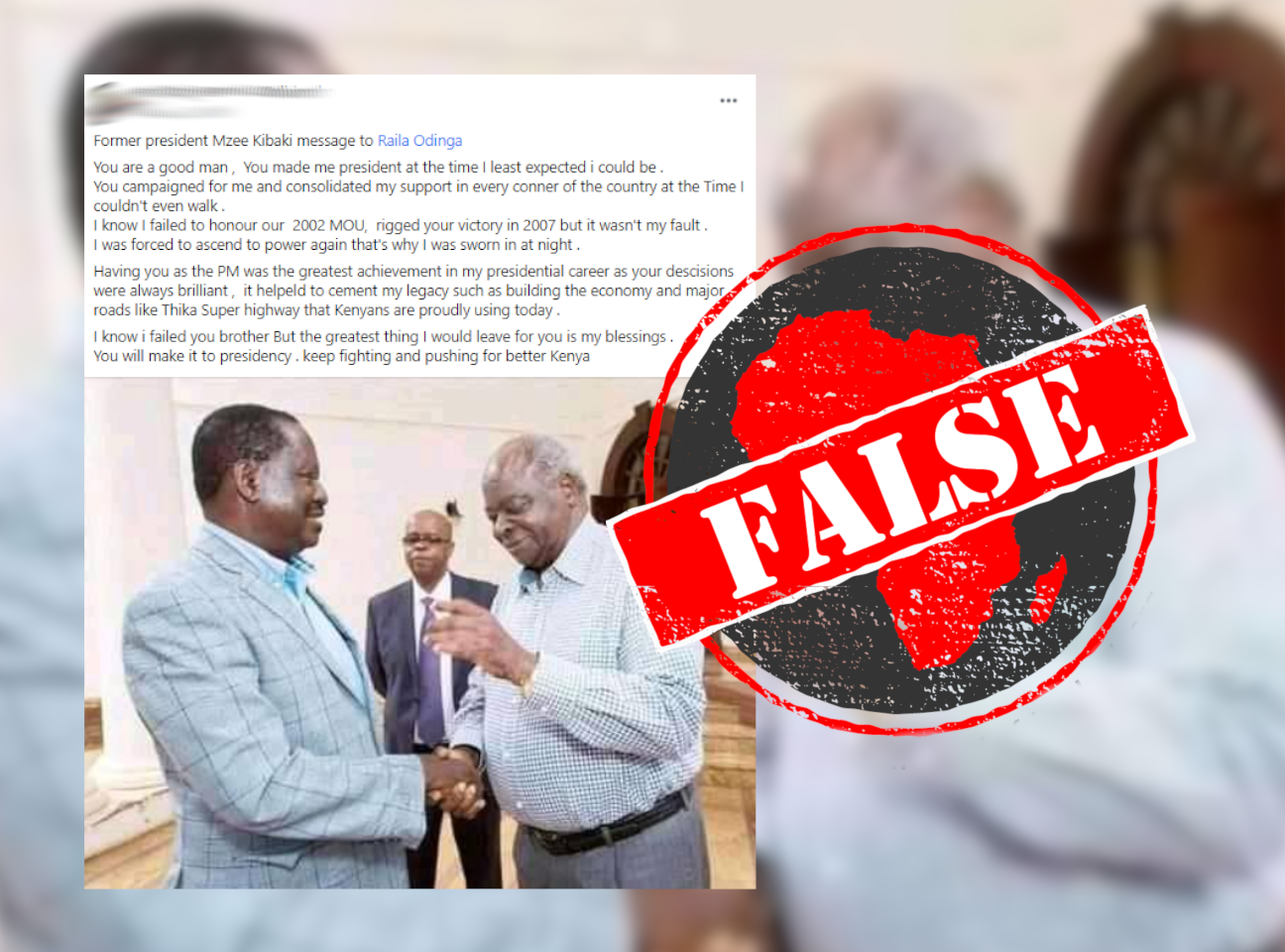 ‘I am the one who wrote them’

The message was posted by a user with the Facebook name “Hon Rody Rennis Odhiambo”. The account is not verified, but is described as belonging to a “public figure”.

The message’s poor spelling and grammar are clear signs that it isn’t really an official statement by Kibaki. And there have been no credible news reports of the former president saying this.

To be sure, Africa Check contacted the user and asked when the message was sent, and where it was reported.

He told us: “Those words aren't reported anywhere. I am the one who wrote them based on the current political temperature in the country and the love of supporters seeing their prefered candidates getting positive remarks and support.”

He added that he was “cooking up articles to grow my audience on my page”.