IN SHORT: A poorly maintained US military database under-reported medical conditions in its forces in the five years before Covid vaccines were rolled out. When correct numbers were recorded, they seemed to indicate a huge increase. But this is just bad data. These massive post-vaccine “spikes” don’t occur anywhere else in the US, or the world.

“We did it! We finally beat Covid!” reads the sarcastic header of a graphic posted on the public Facebook group page “South Africans Against the Nwo” in August 2022.

The graphic includes a screenshot of a tweet that lists alarming “spikes” in medical conditions:

The graphic ends with: “This is what success looks like.”

And it’s clear that Covid vaccines are blamed for the claimed massive spikes.

Others include the odd line item of “1048% SPIKE in the Nervous System”, which doesn’t make sense. (The nervous system is simply a part of the human body. It can’t spike. Saying “1048% SPIKE in Stomach” would be just as puzzling.)

It doesn’t show the global side-effects of Covid vaccines, which have been safely rolled out across the world.

The percentages are calculated from a single dodgy US defence department database of medical conditions among that country’s military.

The US military database – the Defense Medical Epidemiology Database, or DMED – was poorly maintained. A glitch in its system under-reported medical conditions in military personnel in the five years from 2016 to 2020. In 2021, as the US defence department started vaccinating its staff, their medical conditions were accurately recorded on the database.

But this allowed conspiracy theorists to claim the apparently astonishing spikes. The huge increases in medical conditions were calculated from an incorrect low base. 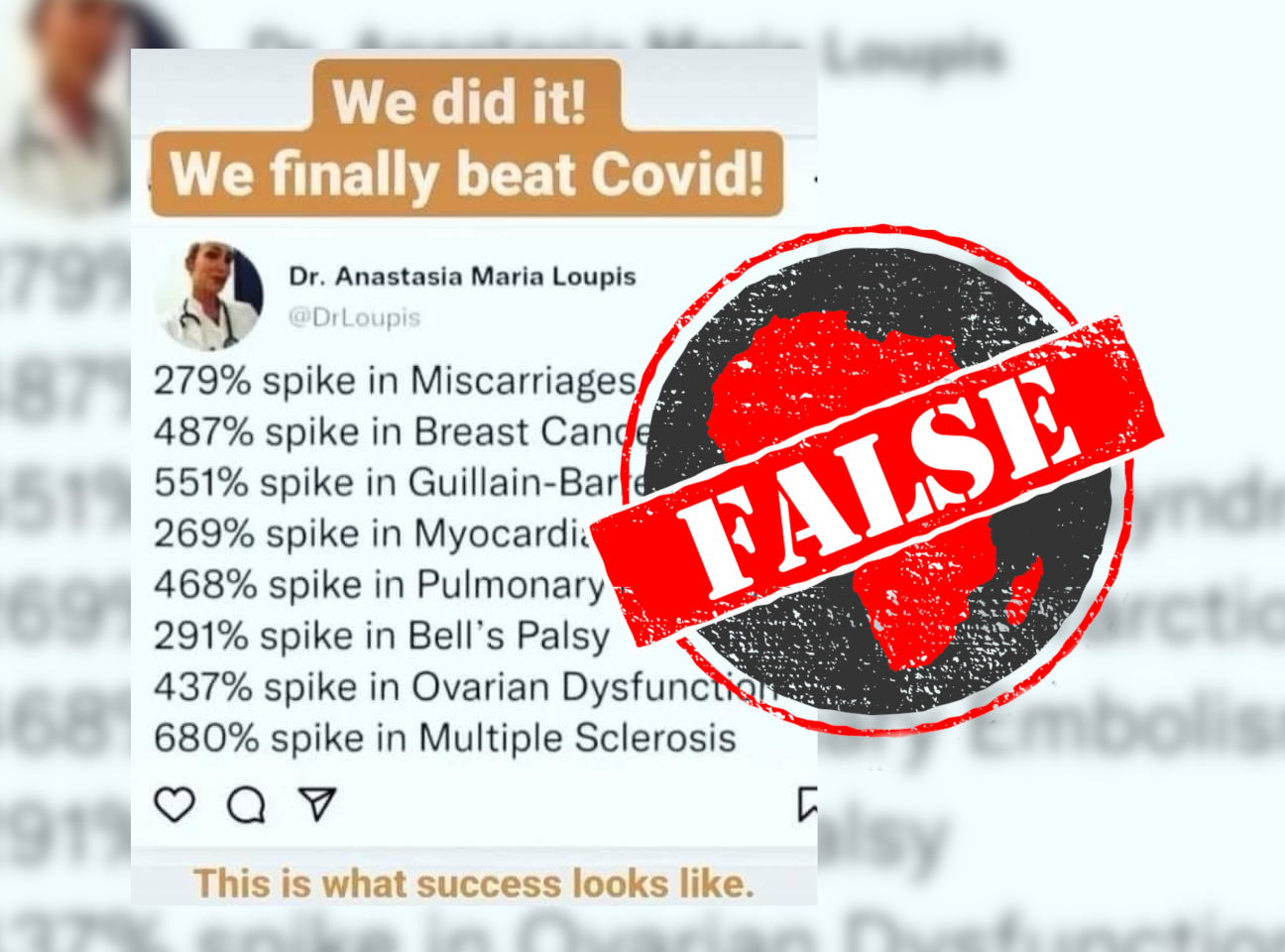 How are percentage changes calculated?

Percentage changes are often cited in news reports. But it’s important to understand how one number is calculated to be an increase (or decrease) on another.

Percent reduces compared numbers to a hundred – “per” meaning “for every” and “cent” standing for 100, as in century.

We get this from school marks, for example. If we get 70%, then an average of seven out of 10 of our answers were correct.

Say a shop sold 20 apples in a month, but wrote in its records that it had only sold two. The next month it also sold 20 apples, and recorded all 20 sales.

The record would indicate that apple sales had risen by 900%. But the increase would be wrong, because it was calculated from an incorrect first number.

The claim originated with Thomas Renz, a lawyer from the midwestern US state of Ohio. A Washington Post profile describes Renz as “once a little-known attorney” with “limited litigation experience” who “boosted his profile with lawsuits challenging coronavirus vaccines”. Renz, 44, passed the Ohio bar exam in 2019 on his fifth attempt.

In January 2022 Renz joined an unofficial panel discussion hosted by Ron Johnson, a known conspiracy theorist and a conservative Republican senator for the US state of Wisconsin. The panel was titled “Covid-19: A Second Opinion”. It heard the opinions of scientists and doctors who had been previously criticised for spreading false information about Covid.

In Renz’s brief submission to the panel, he claimed he had information from “some whistleblowers” at the US defence department. He said his data came from “DMED, the defence medical database”.

“Miscarriages increased by over 300% over the five-year average,” Renz says in a video of his statement to the panel.

“We saw an over 300% increase in cancer over the five-year average.”

He goes on: “This one’s amazing. So, neurological. Neurological issues which would affect our pilots. Over a thousand percent increase. A thousand!”

Vaccines save lives – and not all lists are equal

Thomas Renz has a website, Renz Law. A page on the website is headed: “Renz Whistleblowers DMED DATA Reveals Incredibly Disturbing Spikes in Vaccine Injuries Across the Board”.

But Renz’s claims have been shut down by the facts, and by fact-checkers.

First, none of these supposed side effects of Covid vaccines have been reported in any population, anywhere in the world. The massive increases only come from bad data in a single US military database.

The DMED website now has this disclaimer on its home page: “Welcome to the New and Improved DMED 5.0. Please read the instructions carefully to learn about the significant changes that have been made.”

Here – from the first page of a Google query – are a few of the many fact-checks that debunk Thomas Renz’s false claims about Covid vaccines.