The leaves of the cow-foot plant, known as “ewé rìnrìn” in Yoruba, are “capable of inducing sleep within 30minutes if used as directed below”, claims a message posted on Facebook in Nigeria.

It says half a cup of liquid should be squeezed out of the leaves and mixed with condensed milk.

“Drink ONLY when you're ready to go to bed,” it adds. “Do not use during daytime because you will fall asleep soonest.”

Cowfoot (Piper umbellatum) is found in the Americas, Africa, Asia and Australia. It is reportedly used as a remedy for a variety of ailments. But will it “induce sleep” within 30 minutes? 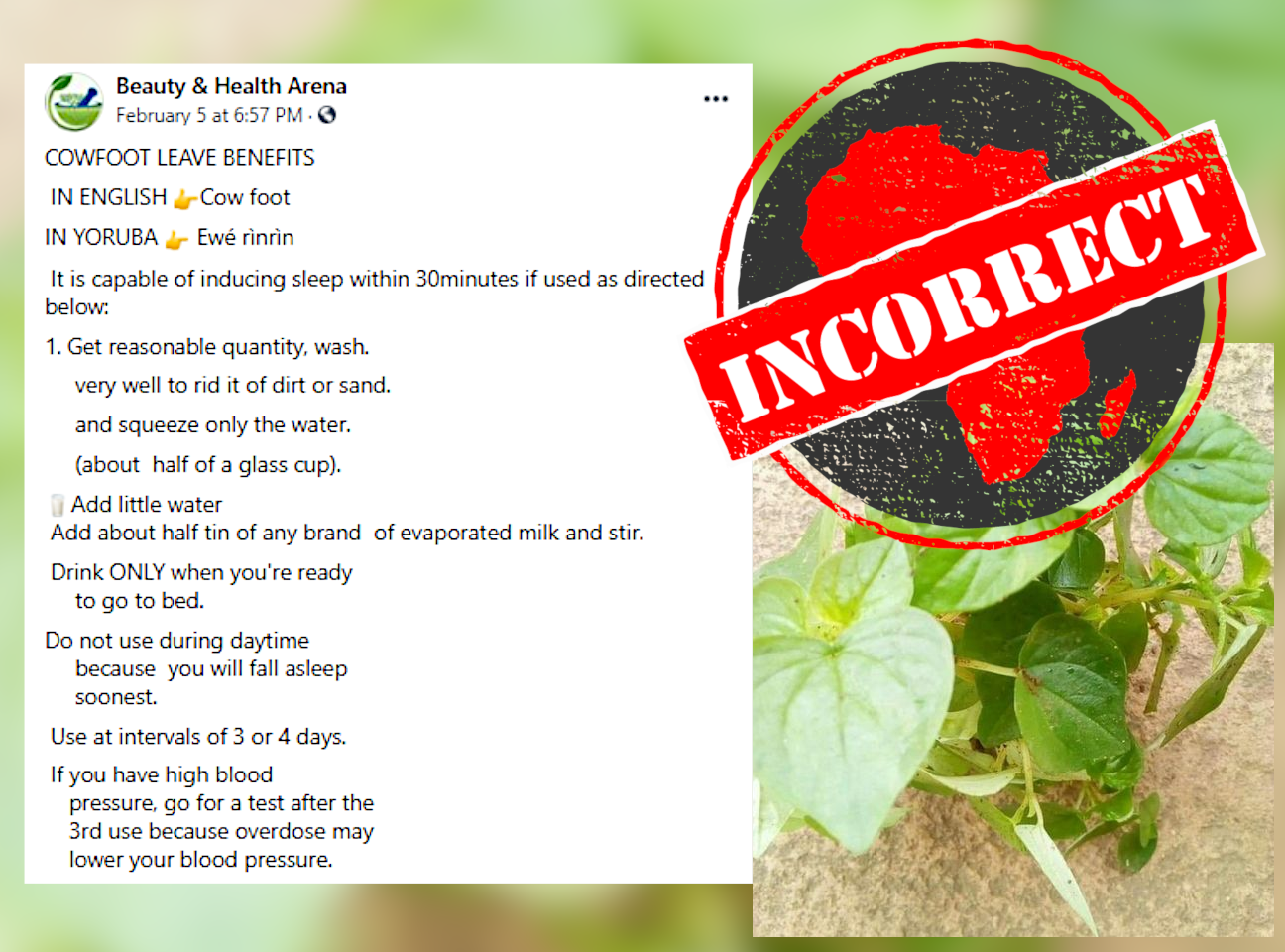 See a doctor for proper diagnosis

Sleep disorders are a group of conditions that prevent people from regularly getting a good night’s sleep.

According to the US Centers for Disease Control and Prevention, major causes of sleep disorders are insomnia, narcolepsy, restless leg syndrome and sleep apnea.

It can also be caused by certain medicines, mental health conditions such as schizophrenia and bipolar disorder, Alzheimer's disease and Parkinson’s disease, and an overactive thyroid gland.

“There is no one size fits all when it comes to treating sleep disorders,” Jesse Otegbayo, a  professor of medicine at the University of Ibadan in western Nigeria, told Africa Check.

Otegbayo said the root cause of the disorder first had to be determined before any treatment options could be introduced.

He advised people who thought they had a sleep disorder to visit a doctor for proper diagnosis so they could get the best treatment for their particular condition.