Did Catholic archbishop say Kenyans have become so used to theft they even try to steal elections? No, viral graphic fake

“It's unfortunate that Kenyans have normalised theft to an extent of attempting to steal elections. May we ask God to forgive our sins,” the quote reads.

The graphic is branded with the logo of the news website Kenyans.co.ke and dated 13 August 2022.

It was shared just days after Kenyan politicians accused each other of vote rigging in the 9 August presidential elections.

The electoral body declared Ruto as the president-elect on 15 August.

But did the archbishop make this statement? We checked. 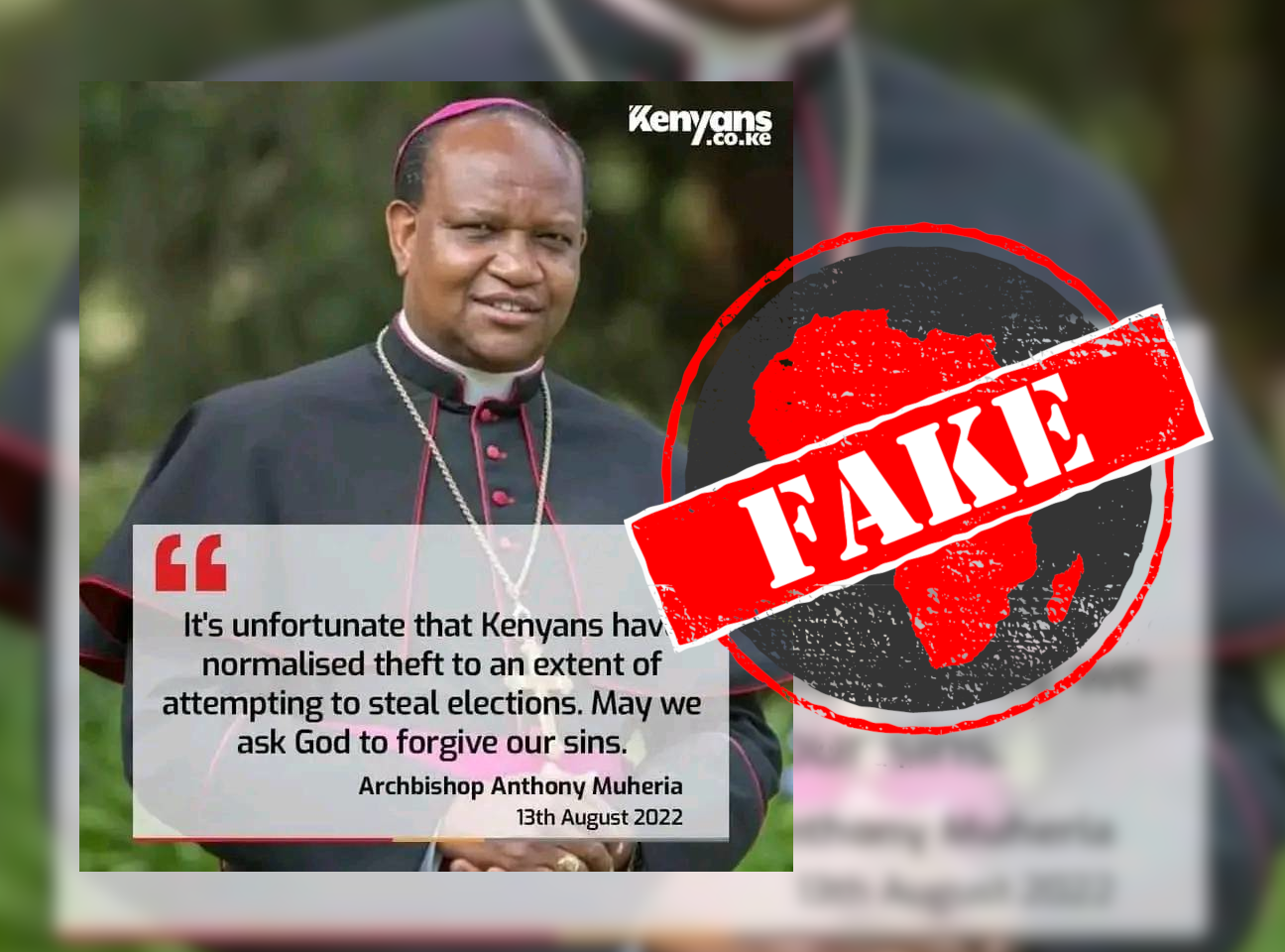 We ‘flag it as fake’, says media house

On 13 August, Kenyan.co.ke posted the graphic on social media, stamped “fake” in red.

“This post did not emanate from our media house. It does not conform to the in-house branding rules and did not go through the multiple approval checks set in place to prevent misreporting,” it wrote on Facebook.

The archbishop also made clear the quote was fake on his personal Facebook page.

There is no evidence Anthony Muheria said this, or that any media house quoted him as saying it.