What seems to be a screenshot of a Facebook post by broadcaster NTV Kenya is itself circulating on the platform with another version of a false claim Africa Check has already debunked.

“Polycap Igathe threatens to bolt out of Nairobi gubernatorial contest following Azimio - One Kenya allied MCAs joint decision to decline campaigning for him,” it reads.

The screenshot shows a photo of businessperson and politician Polycarp (not Polycap) Igathe, who is running for governor of Nairobi county under the Azimio la Umoja One Kenya coalition in Kenya’s 9 August 2022 general elections. Nairobi is Kenya’s capital.

It’s been doing the rounds on Facebook since 14 July.

The screenshot then gives Igathe’s supposed reason for dropping out: “According to MCAs, Igathe is a bully and dictator character that might instigate more pain to the people of Nairobi when elected governor. Igathe also accused a host of Azimio legislators for secretly supporting UDA candidate.”

An MCA is a member of the county assembly. Each of Kenya’s 47 counties is governed by its own assembly.

Igathe resigned as deputy governor of Nairobi county in 2018.

His main rival in the 2022 governorship race is Johnson Sakaja of the United Democratic Alliance or UDA, a party in presidential candidate William Ruto’s Kenya Kwanza alliance.

The wording in the NTV screenshot is exactly the same as that in a graphic, also circulating on Facebook, that appears to have been produced by the Standard newspaper. In a 26 July fact-check, we found the graphic to be fake.

But could the screenshot be the real deal? We checked. 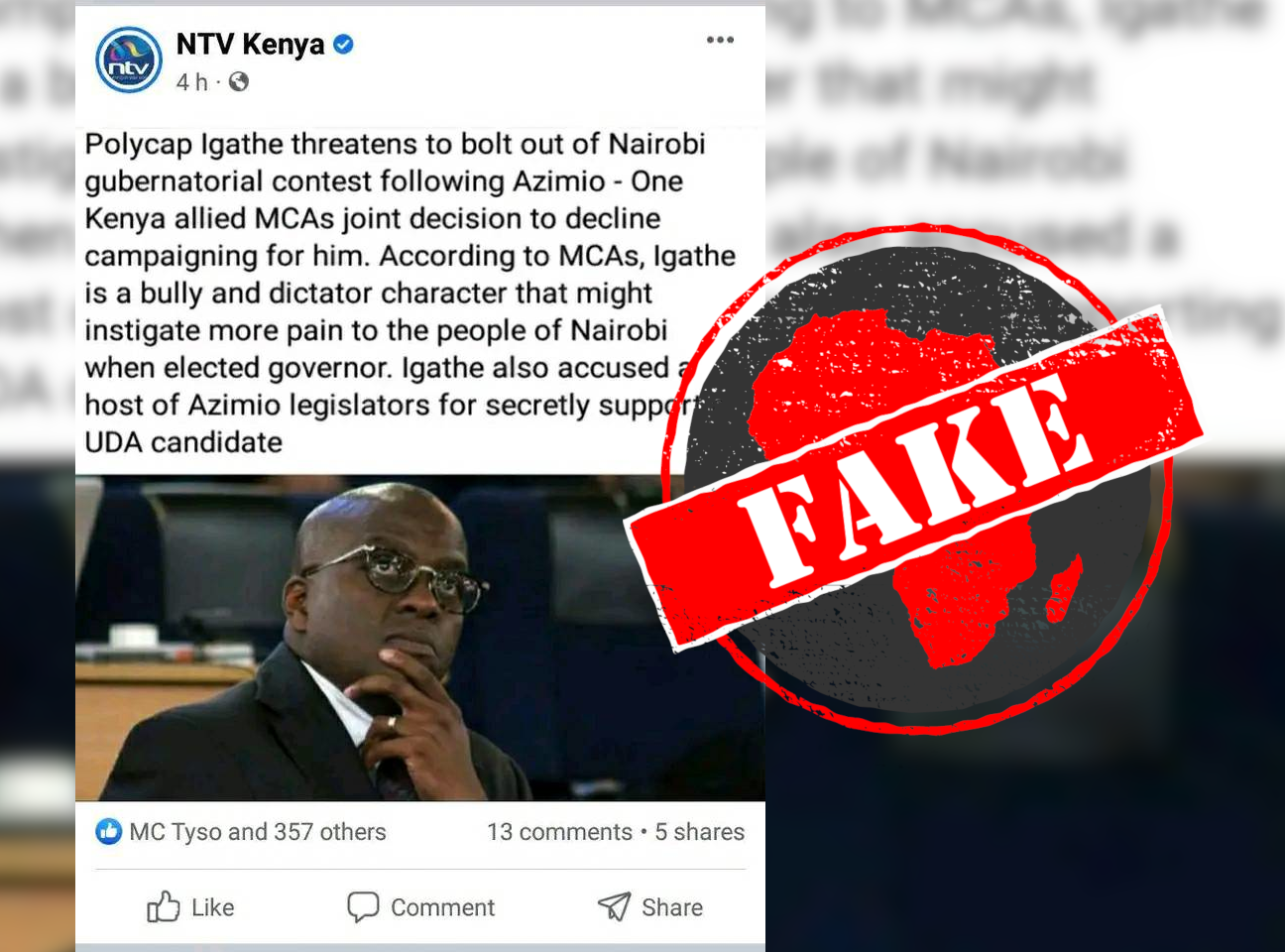 ‘Be aware of fake news’

As we found in our earlier report, the screenshot’s writing is poor. The “Polycap” misspelling and phrases such as “MCAs joint decision” and “a bully and dictator character” would be unlikely from a national news station.

“Be aware of fake news! If it is not on our official social media pages, it is fake,” the broadcaster said.