An image of what appears to be the cover of the US news weekly Time has been shared online in Kenya, with the headline “The Man Who Will Never Be President”.

The cover shows a photo of Kenya politician Raila Odinga. The strapline adds: “With over 20 years of trying to clinch the top seat in Kenya, is Raila done?” 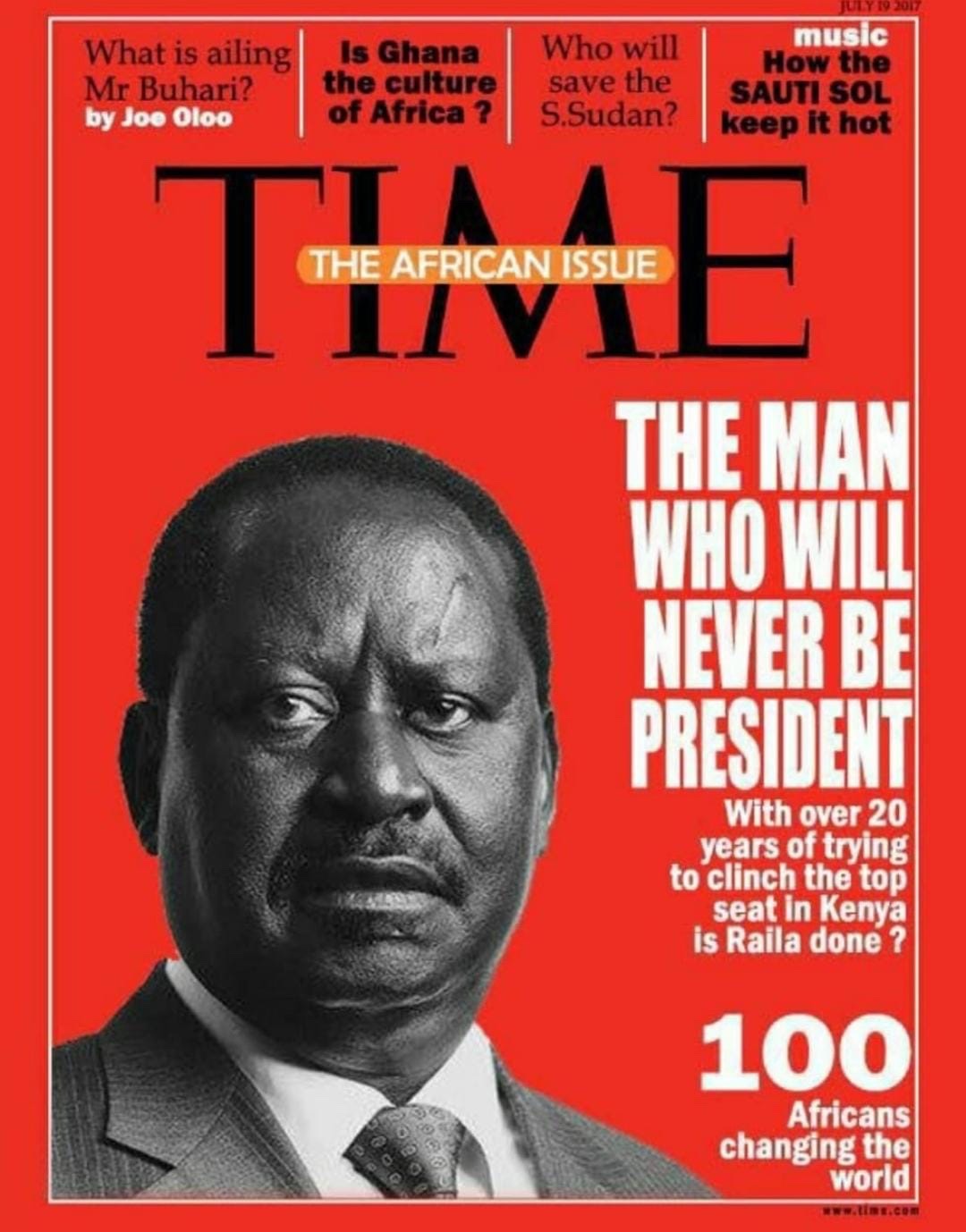 The cover is further identified as the “African issue” of the news weekly.

According to the Independent Electoral and Boundaries Commission (IEBC), Ruto received 50.5% of the vote.

Odinga, taking his fifth stab at the presidency, came in second with 48.9% of the vote, the commission said.

Odinga has rejected the result and will contest it in court.

But did Time magazine mock his chances of ever ascending to the country’s top political seat? 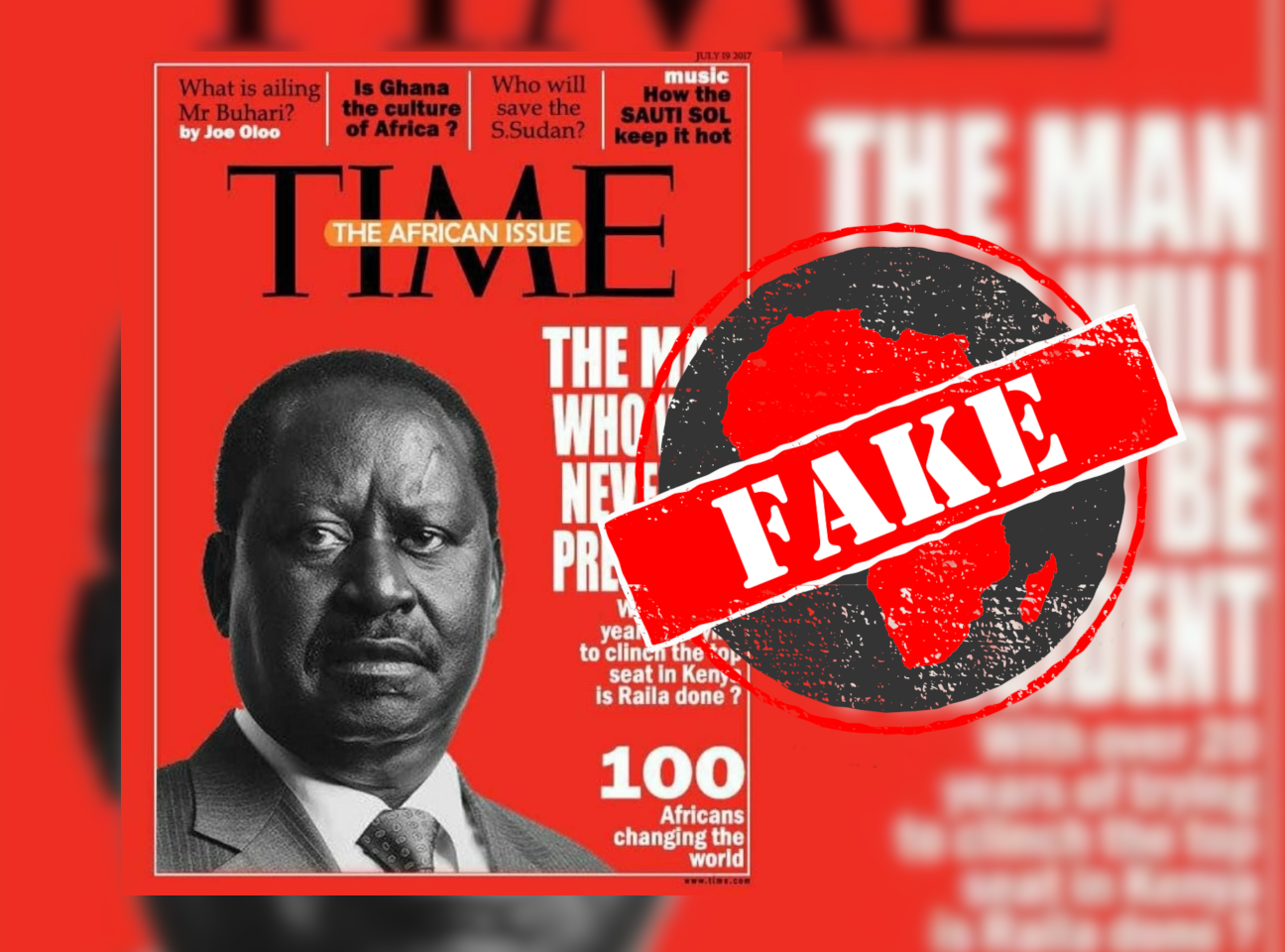 But there are a number of red flags that all is not in order. First, the cover is dated 19 July 2017.

In 2018, the publication told Africa Check that Odinga had never featured on its cover. A fabricated cover at the time claimed Odinga had been “voted person of the year in Africa”.

We also could not locate a standalone “African issue”. The publication’s European edition covers Africa.

Despite the date on the cover, could the edition have been published after the August 2017 election, which Odinga also lost? We thumbed through the publication’s vault to see what was on the cover of its 19 July 2017 issue. But the news weekly did not publish on this date.

It was left to the publication to have the final word. “This image is not an authentic Time cover,” a spokesperson told Africa Check.

Other reputable fact-checking organisations have also reported that the cover has been fabricated.