The messages show a picture of Salah, his back to the camera. On his jersey, text above his team number reads: “Vote Peter Obi.”

Nigeria is set to hold elections for the president, senate, house of representatives and state governors on 25 February 2023.

The messages are all similar. One says: “Egyptian footballer Mohamed Salah has taken to his social media page to campaign for Labour Party Presidential candidate Peter Obi.

“The legendary footer captioned the headline of the post with ‘I don't know this man, but from his speech and things seen so far, this man will not only make Nigeria proud again, Africa will strife and be great again.’”

But is Salah really campaigning for Obi? 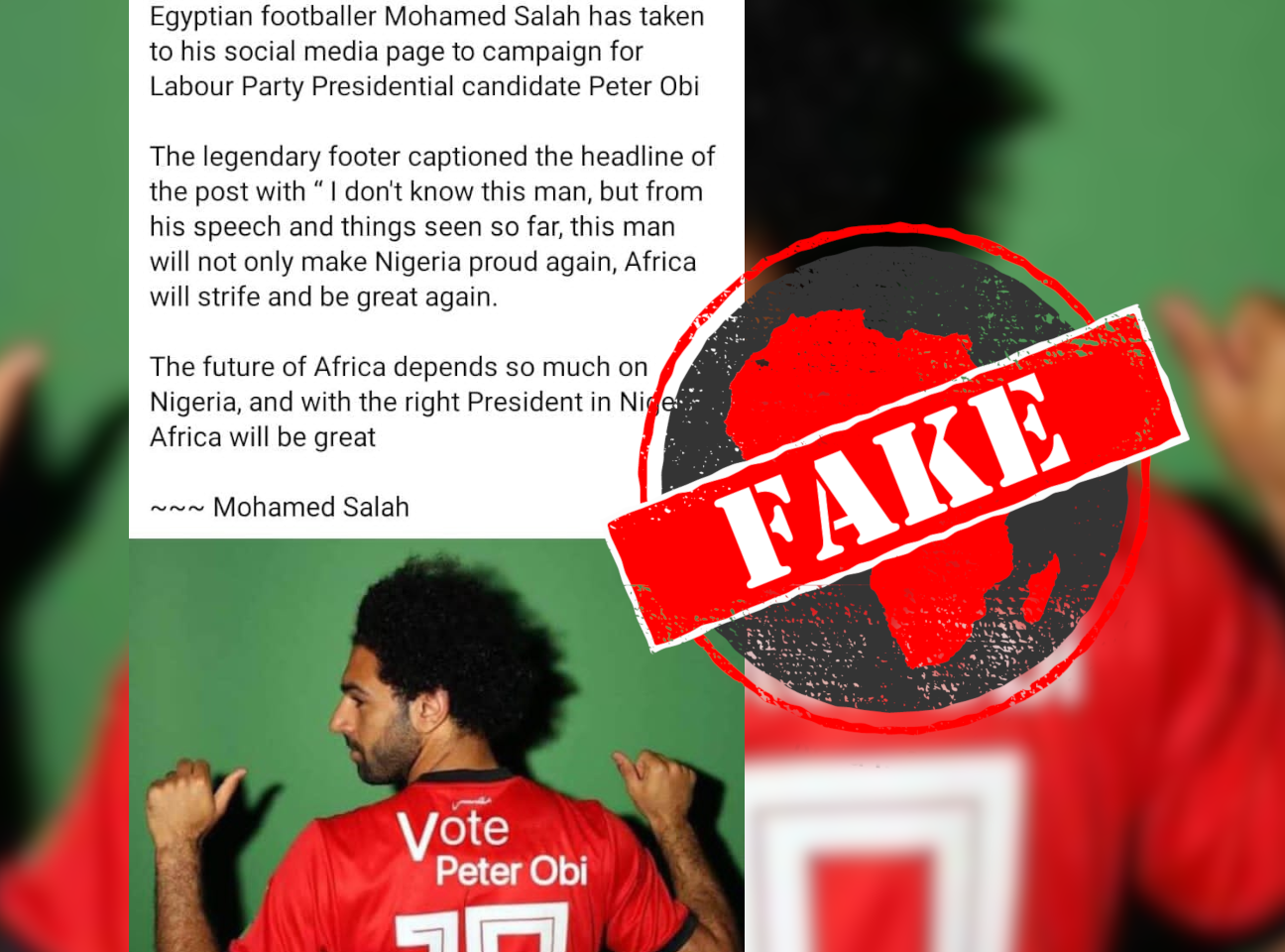 A reverse image search of the picture of Salah reveals it has been altered.

The search returned several news articles that used the original photo back in 2018, when Salah played for Egypt at that year’s Fifa World Cup in Russia.

In the original, unaltered photo, the Egyptian footballer’s jersey reads “M Salah”, not “Vote Peter Obi”. The photo is credited to Fifa and Getty Images.

The photo has been doctored and the claim is false.