IN SHORT: Uganda is set to hold elections in 2026, and there have been rumours that long-term president Yoweri Museveni is grooming his son Muhoozi Kainerugaba to replace him. But an image showing what seem to be Kainerugaba’s election posters has been photoshopped.

An image of a road with two large election posters on the street poles beside it is attracting social media attention.

The posters carry a photo of Muhoozi Kainerugaba, the son of Ugandan president Yoweri Museveni.

The posters indicate that Kainerugaba will run for president in Uganda’s 2026 elections. He and his father are members of the National Resistance Movement that has ruled Uganda since 1986, with Museveni as president.

One Facebook user claims the image is proof that Museveni plans to hand over power to his son.

“In Uganda, after years of denial, Ssebo has decided to peacefully hand over power to Ssebo Jnr...And you can do nothing. Hii siyo Kenya where you can dare go against the desire of the king... Hapa hakuna mcheso, hii kitu ime enda.”

The Kiswahili translates as: “This is not Kenya where you can dare go against the desire of the king ... There is no joke here; the seat is gone.”

Museveni is sometimes referred to as Ssebo, which comes from the song Yes Ssebo that he composed in 2010 to win over young voters.

Uganda held elections in January 2021. Museveni was re-elected for the sixth time for another five-year term as the country’s president.

He has rapidly promoted his son through the ranks of the army. This has caused speculation that he is grooming Kainerugaba for the presidency. The president has denied this.

Kainerugaba was the commander of the land forces in the Uganda Peoples’ Defence Forces, but was dropped from the position after controversial tweets about Kenya. He was, however, promoted to the rank of general.

Ugandans will head to the polls again in 2026, but does the image show Kainerugaba’s election posters? We checked. 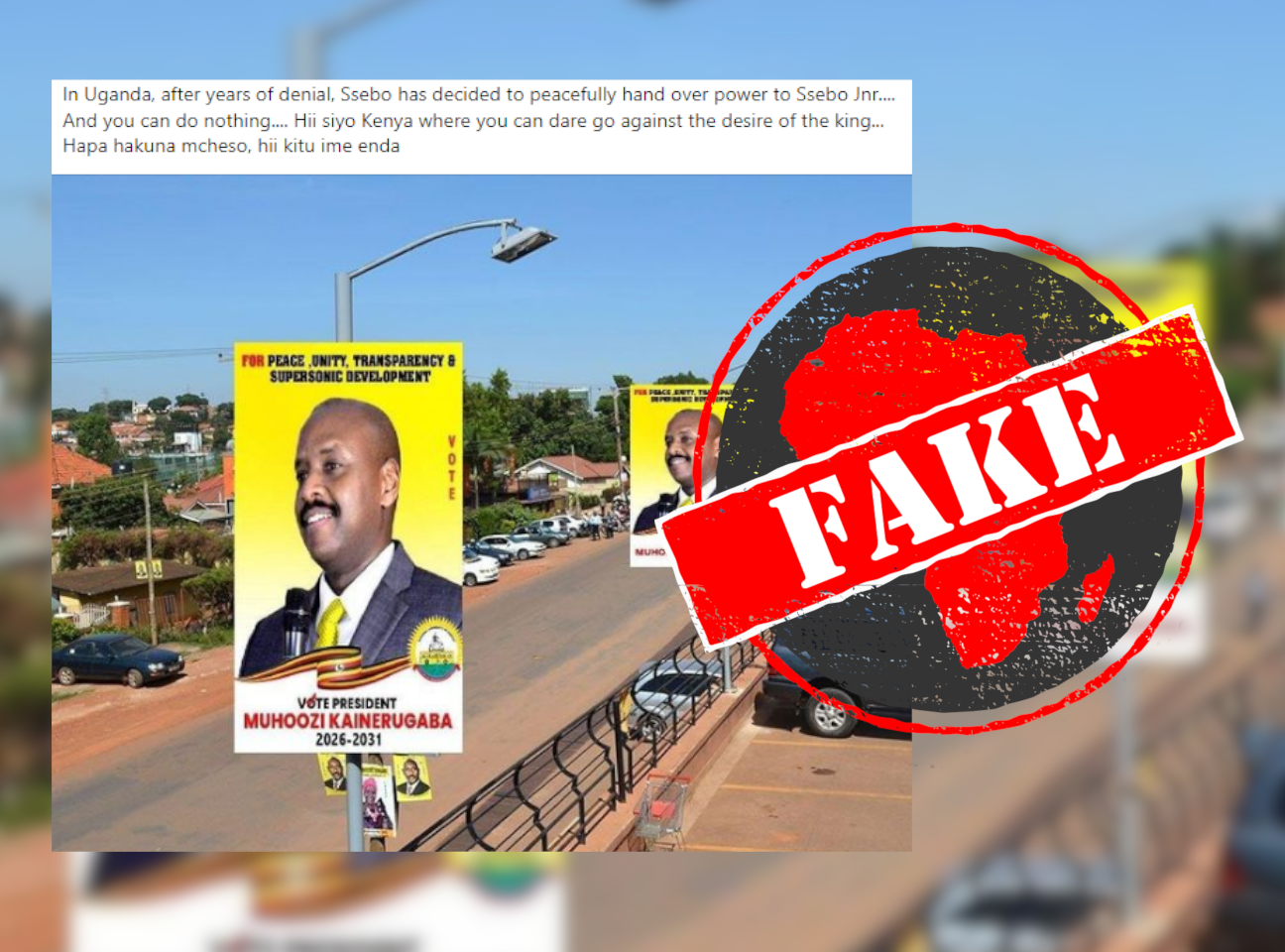 A reverse image search of the image located it in the website of an indoor and outdoor advertising company based in Uganda.

In the original, the two posters advertise Digital Satellite Television, or DStv.

Africa Check has previously debunked a similar image in a different street.

The image has been photoshopped.