IN SHORT: In a quote doing the rounds on social media, the former Kenyan agricultural minister appears to criticise WIlliam Ruto’s new government and its fertiliser subsidies. But the quote is made up.

In it he appears to criticise the new government’s fertiliser subsidy programme, saying this is why he skipped the launch of it by deputy president Rigathi Gachagua.

The quote reads: “There is nothing wrong with me failing to attend today's event. I am told that Rigathi Gachagua was flagging off subsidised fertilisers. That's laughable because those fertilisers are not for sale. The Russian company, Uralchem was giving away free fertilisers to developing countries because they had accumulated in EU ports due to sanctions.

“That is why Ruto and Gachagua shifted subsidy to fertilisers and not unga [flour] and fuel. The fertilisers are free and to join them in lying to the public is an abomination. I can't be part of a regime that seeks to oppress citizens and nobody will force me to do it. I'm not a wheelbarrow to be pushed anywhere.”

After winning the election in August 2022, Kenyan president William Ruto promised Kenyan farmers fertiliser at a subsidised price. He said 50 kilogram  bags would be sold at KSh3,500, down from KSh6,500.

Ruto said this would lower the cost of production and eventually lead to reduced food prices. The government released KSh3.55 billion for the subsidy.

Munya’s absence was notable as Gachagua flagged off the subsidised fertiliser on 22 September.

But is this quote from him accurate? We checked. 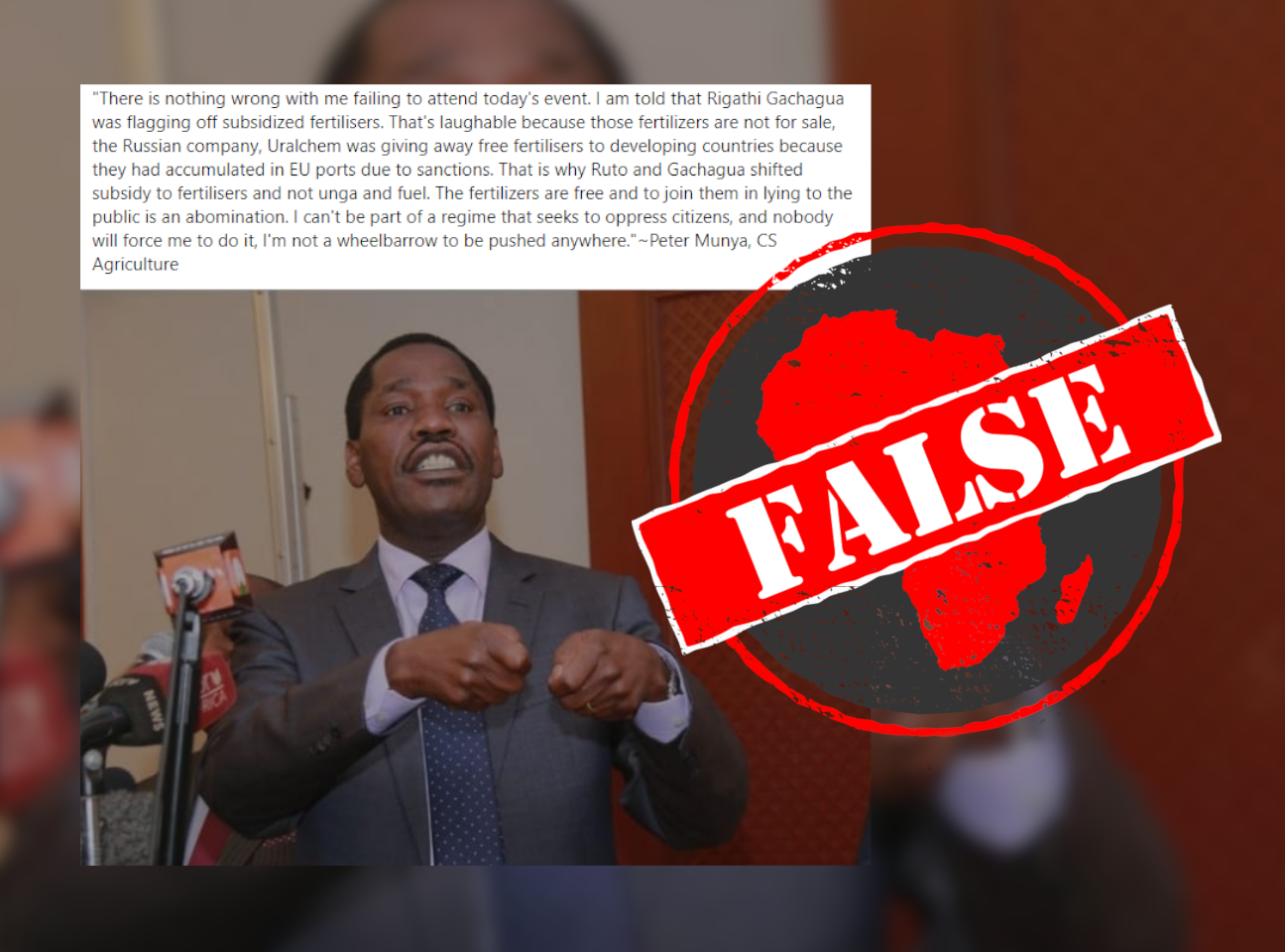 No evidence for incendiary quote

Such a quote by a former government minister would have been picked up by local media and appear in Google search results. But while the media reported  that Munya didn’t attend the event, this quote wasn’t published by any legitimate news sources.

In a 23 September press release the Russian Uralchem, one of the world’s largest producers and exporters of fertiliser, clarified that while it intended to make humanitarian shipments of fertilisers to African countries, no deliveries to Kenya had yet been planned.