“Do NOT buy the iPhone 13,” reads a message circulating on Facebook in South Africa and elsewhere. “They developed it in just 1 year. The original iPhone took billions of years to make. How can we trust an iPhone that was developed so quickly?”

It adds: “Not only that, I've heard that it contains microchips and GPS tracking software.” 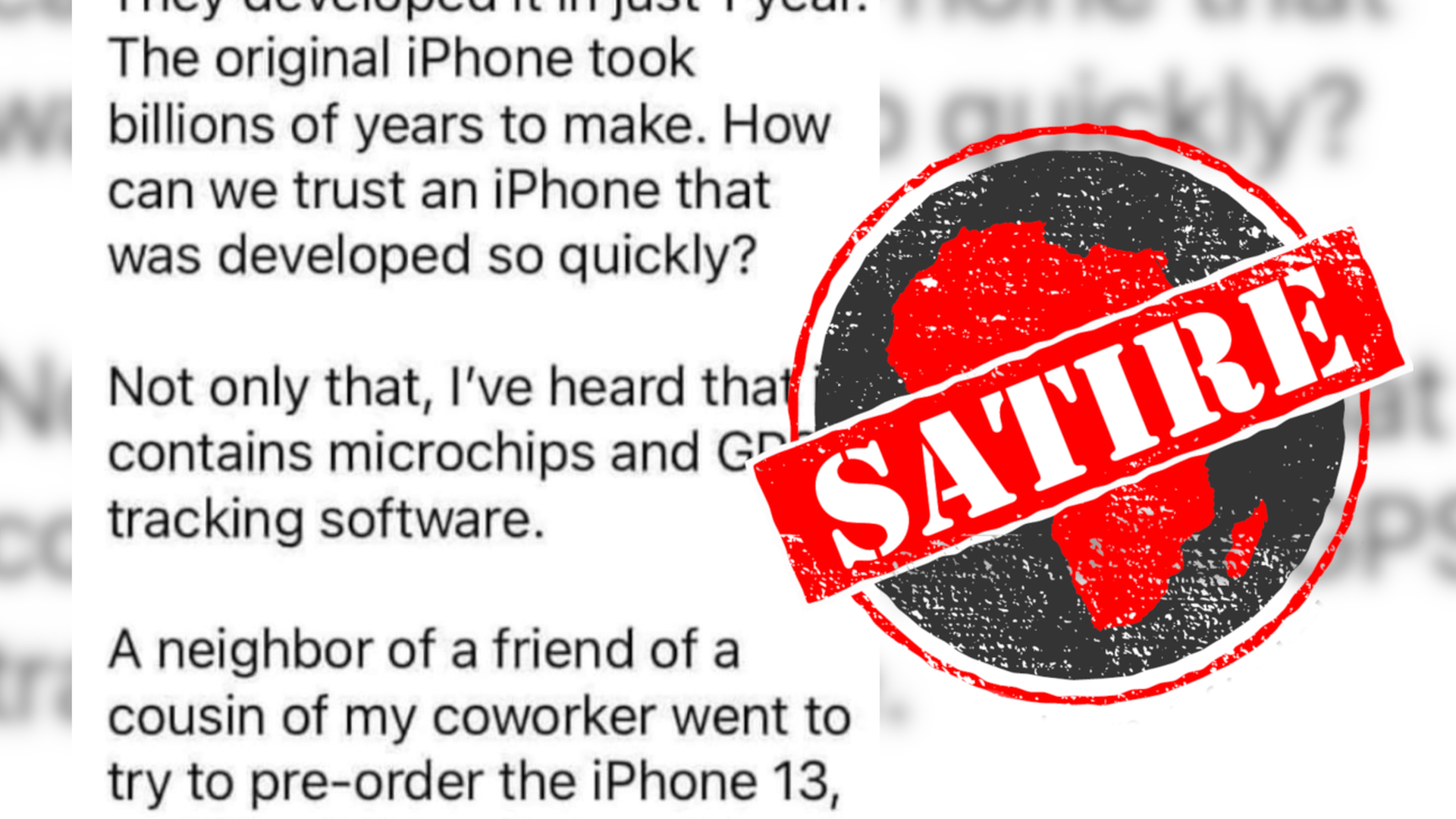 The online Collins dictionary defines satire as “the use of humour or exaggeration in order to show how foolish or wicked some people’s behaviour or ideas are”.

The website Literary Devices explains satire as “the artful ridicule of a folly or vice as a means of exposing or correcting it. The subject of satire is generally human frailty, as it manifests in people’s behaviour or ideas as well as societal institutions or other creations. Satire utilises tones of amusement, contempt, scorn, or indignation towards a flawed subject with the hope of creating awareness and subsequent change.”

The site gives examples of satire as the Onion – “America’s Finest News Source” – and Deadpool, which satirises superhero movies.

Why Covid vaccines were developed so quickly

Apple’s first iPhone came out in 2007. It could be said it took billions of years to develop, but the statement is ridiculous – on purpose. The iPhone 13 was launched in September 2021, less than a year after the iPhone 12 came out in October 2020.

The message satirises false claims that Covid-19 vaccines are somehow unsafe or not to be trusted because they were developed so quickly. Covid-19 was identified in December 2019. Exactly a year later, in December 2020, the World Health Organisation issued its first approval of a vaccine against the disease – the Pfizer-BioNTech mRNA vaccine.

By contrast, the infectious disease polio has been around for millennia, but a vaccine against it was only developed in the early 1950s. But Covid vaccines were developed so quickly simply because medical technology is far more advanced than it was before.

And of course the iPhone 13 contains microchips and a global positioning system, as do all smartphones.

This satirises conspiracy theories that, as CNBC puts it, “a tracking microchip was secretly planted in each Covid-19 vaccine, making people’s arms magnetic and allowing the government or global elites like Bill Gates to track those who are vaccinated”.

It’s physically impossible for a microchip to be injected into a person with a vaccine.