Facebook not about to ‘close’ – ignore old, debunked message

Posts with a familiar message are spreading on Facebook, warning that the social media platform is about to “close down” as it has become “overpopulated”.

The posts claim to reproduce a “Message from the Facebook Administrator (Max Hamilton)” and tell users to forward the message to “25 other users, using a copy, to show that you are still active”. The message warns that inactive users will have their Facebook accounts deleted.

Included in the message is text allegedly directly from Facebook founder and chief executive Mark Zuckerberg, claiming that anyone who doesn’t share the message with others will have to start paying to be on the platform.

Asking users to share content with others is an example of engagement bait, and often a clue that a viral message is meant to mislead.

Another red flag is when posts are poorly written and confusing, as is the case here. A global company like Facebook is very unlikely to communicate like this. And there has been no official communication from Facebook about these changes.

But is there any truth to the rumour that Facebook is “overpopulated” and has to cull users? 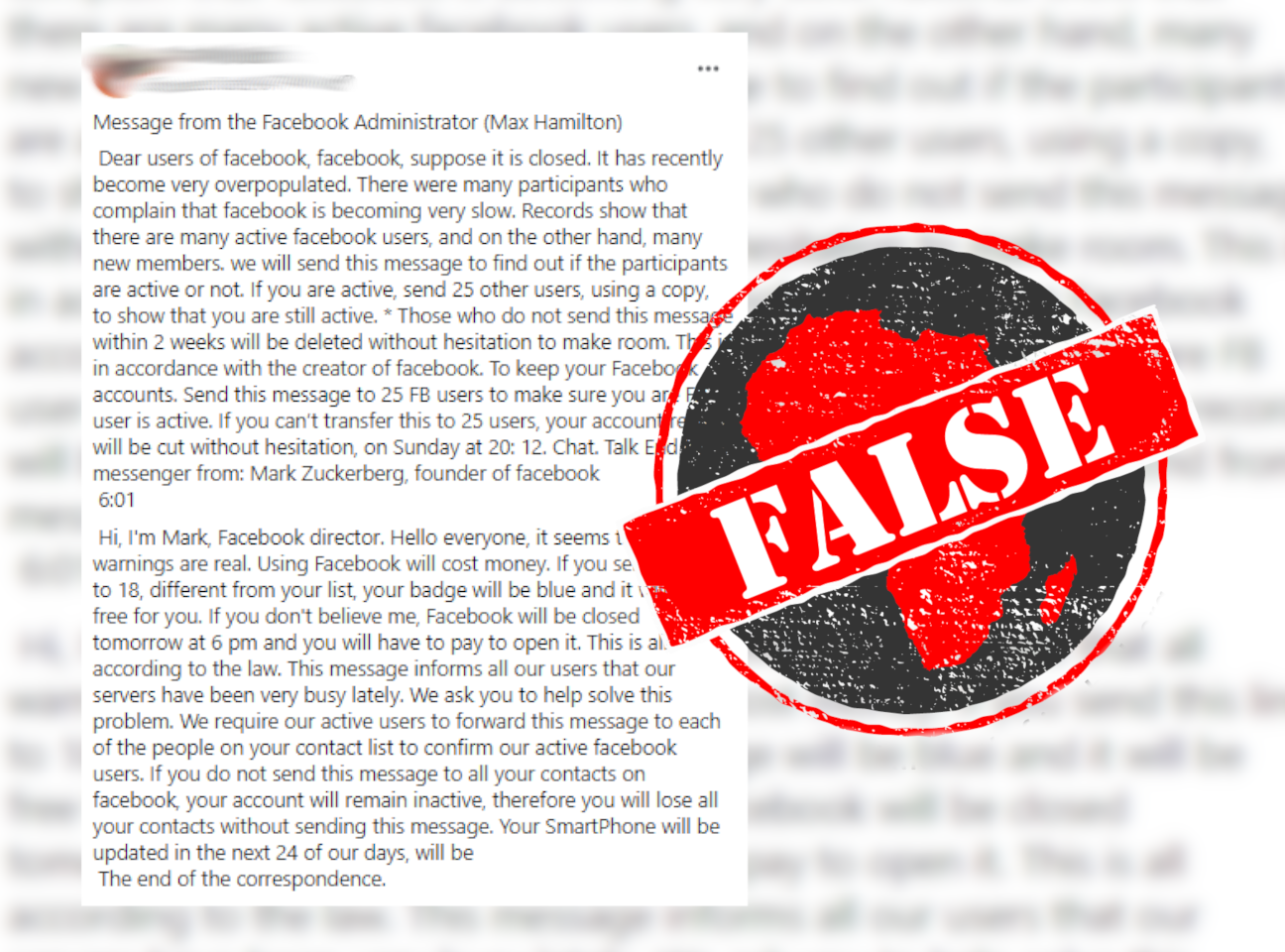 The message has been in circulation for years. A fact-checking organisation debunked similar rumours as far back as 2009.

There have been no reports in the intervening years of anyone being removed from Facebook because of not forwarding the message.

Africa Check also searched for a “Facebook administrator” by the name Max Hamiliton but could not find any trace of him. And Zuckerberg's Facebook page, where he posts frequently, has not hinted at anything in the viral message.

These changes have also not been reported on by any credible news source. By comparison, at the time of writing Facebook had just announced it was changing its company name to Meta. This made news headlines around the world.

In the Facebook help center, the company also makes clear that it doesn't charge users. Instead advertisers pay to show ads on the Facebook family of apps and technologies.

“This helps us make Facebook available to everyone without charging people for access to it,” it says.

Ignore posts about Facebook not from official and verifiable sources.