The quote, under a photo of Magoha, reads: “Schools to reopen on Monday August 22, 2022, Education CS George Magoha announces.”

On 1 August Magoha ordered all basic education institutions be closed for a week ahead of the 9 August elections. Teaching would resume on 11 August, he said.

Schools are often used as voting and tallying centres, with 23,000 used during the recent election. The safety of students during voting is also a consideration.

Magoha on 10 August said schools would reopen on 15 August, saying votes were still being tallied.

On 13 August the minister again pushed back the reopening date, to 18 August.

On 16 August, the Independent Electoral and Boundaries Commission (IEBC) declared deputy president William Ruto as winner of the presidential election.

Former prime minister Raila Odinga, who came a close second, is challenging the result in court.

On 16 August, Magoha said schools would not be closed again due to elections, even as school heads called for a definitive way forward.

But did NTV report this? 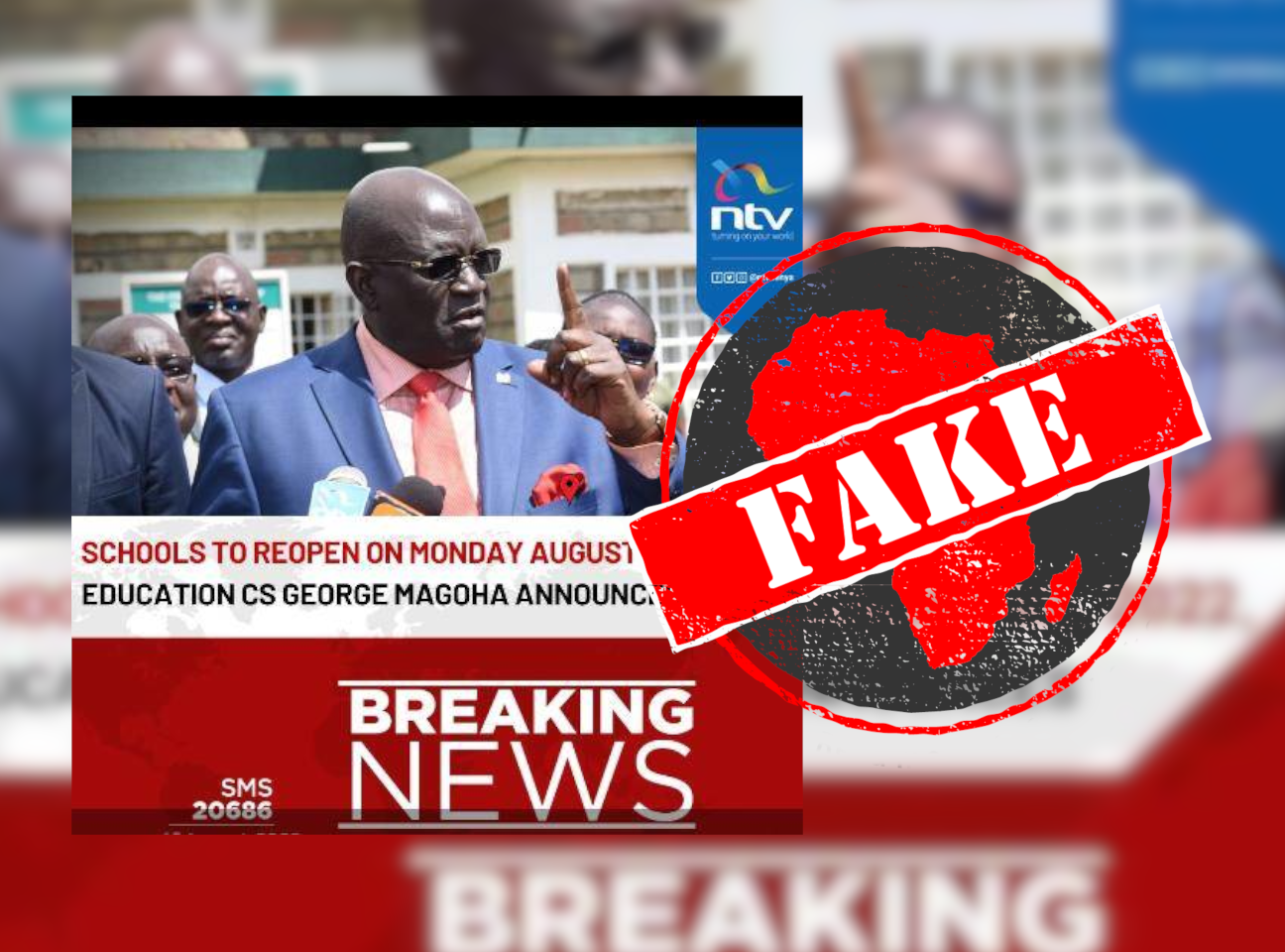 “FAKE NEWS ALERT: The image circulating online, of an alleged Breaking News update on school reopening, purportedly from NTV, is not from us. Stand advised,” the station tweeted.