A graphic with a quote attributed to Nandi Hills member of parliament Alfred Keter and the logo of TV station NTV Kenya started circulating on Facebook in early August 2021.

The quote, over a photo of Keter, reads: “The problem with Kenya is not the economy but the unmatched greed from leaders who purport to be our saviours. For instance in Rift Valley, we grow a lot of maize, but cartels including those selling the bottom-up nonsense import maize and sell to NCPB. Why do we expect miracles from the same individual? End corruption and see the economy grow.”

But did NTV really report that Keter said this? We checked. 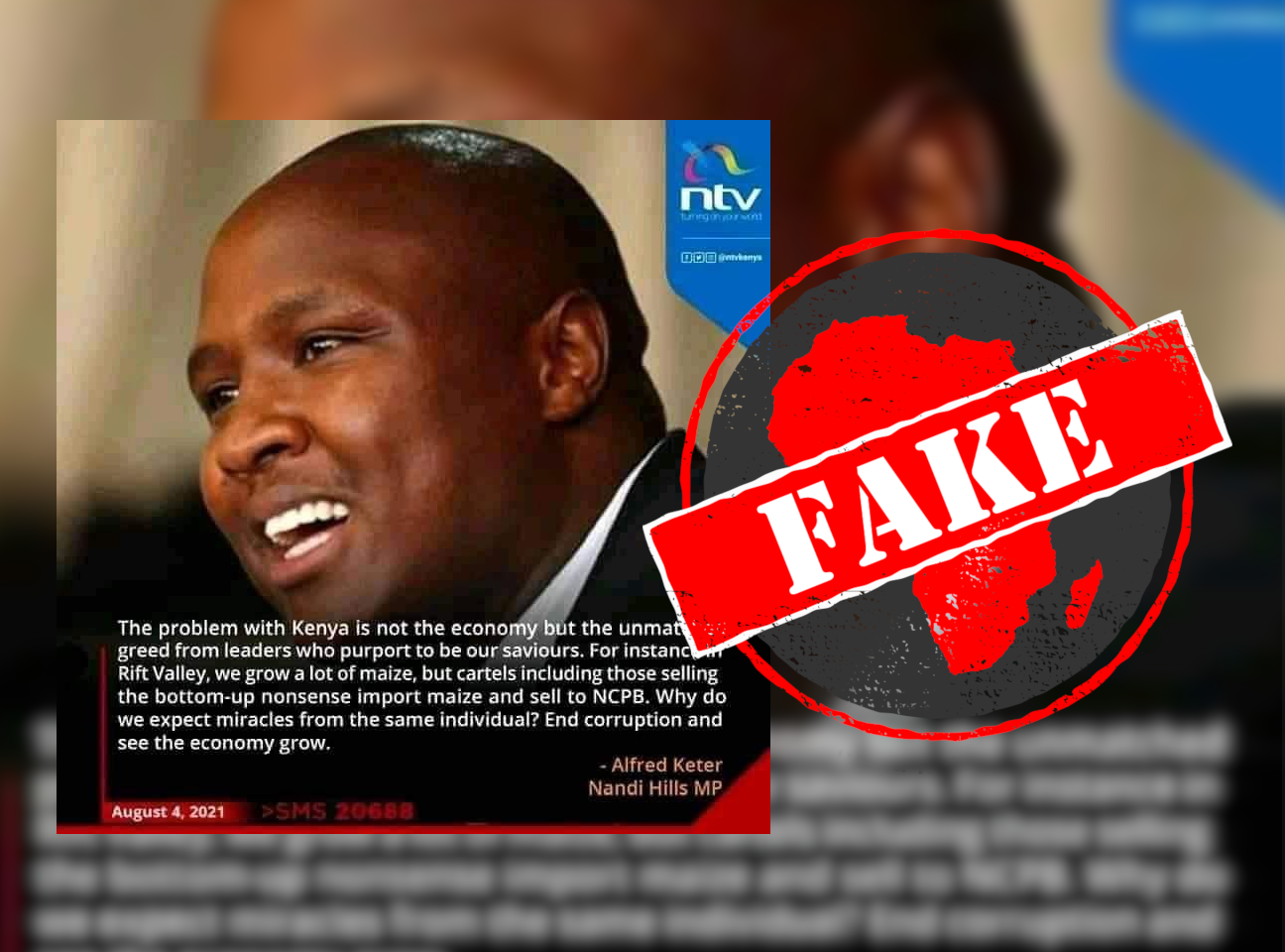 We searched Keter’s media appearances and mentions related to corruption, but could not find any evidence that he said this.

Keter’s most recent media appearance was uploaded on the YouTube channel of Nation, a Kenyan media outlet. In the video, Keter calls for improved public school infrastructure.