A head and shoulders image that seems to show Kenyan deputy president William Ruto wearing a full military uniform has been widely shared on Facebook. The stripes and bars on his chest seem to indicate high military rank.

A Google search of the image turns up numerous copies of the image, particularly on pages that appear to support the deputy president.

In May 2019, a member of Kiambu county’s assembly was reportedly arrested for having the image pasted onto the side of his vehicle.

But does the image really show Ruto in a military uniform? We checked. 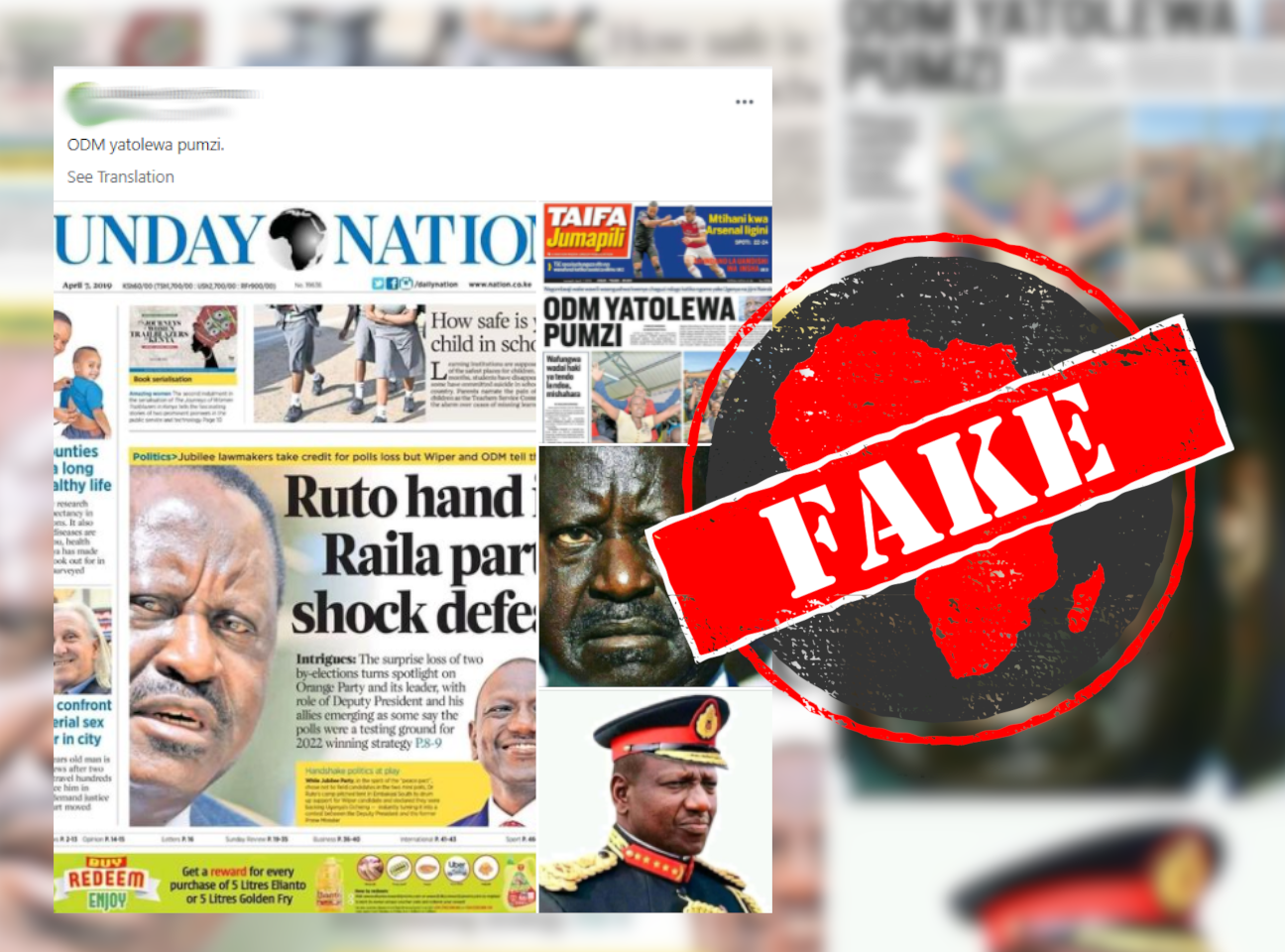 Africa Check first looked at the crest on the cap to see if it was identifiable. We couldn’t locate its source, but it’s not used by Kenya’s army, navy or air force.

A Yandex Reverse image search of the image revealed that many social media pages had posted the image. But under the “similar images” section, we found photos that matched the uniform and insignia in the image exactly, but worn by a different person. One photo was linked to a Sri Lankan website.

Searching with Google using the image of Ruto and the keywords “Sri Lankan” led to the original photo in the Colombo Telegraph, a Sri Lankan newspaper. The photo is of a Sri Lankan field marshal, Sarath Fonseka, who is currently retired from the military and serving in the Sri Lankan parliament.

The image doesn’t show Ruto in a uniform. The deputy president’s face has been photoshopped onto a portrait of a Sri Lankan field marshal.

No, businessperson Wambui not on Kenya Revenue Authority board of directors