A graphic posted on Facebook attributes a quote to Edwin Sifuna, the secretary general of Kenya’s opposition Orange Democratic Movement (ODM), suggesting that his party may start working with a party associated with William Ruto, the country’s deputy president.

Posted on 25 March 2021, the graphic has the logo and web address of the Nation website, and shows a photo of Sifuna.

“Our political parties should have national outlooks, they shouldn't be found on tribal or regional basis,” it quotes him as saying. “ODM has a lot in common with him (Dp Ruto) and I can confirm that we are in consultation to have a possible formula for us to work together in future. There are no permanent enemies in politics. We are also considering to work together with them(UDA) in the forthcoming by-elections including that of Bonchari and Juja."

The graphic has been shared on at least 60 Facebook pages, and posted on a public group with more than 20,000 members.

The UDA is the United Democratic Alliance, a party closely associated with Ruto. The deputy president is a bitter political rival of Raila Odinga, leader of ODM. The two have publicly traded barbs many times.

But did the ODM’s secretary general openly say that his party has a lot in common with Ruto and is considering working with the UDA? We checked. 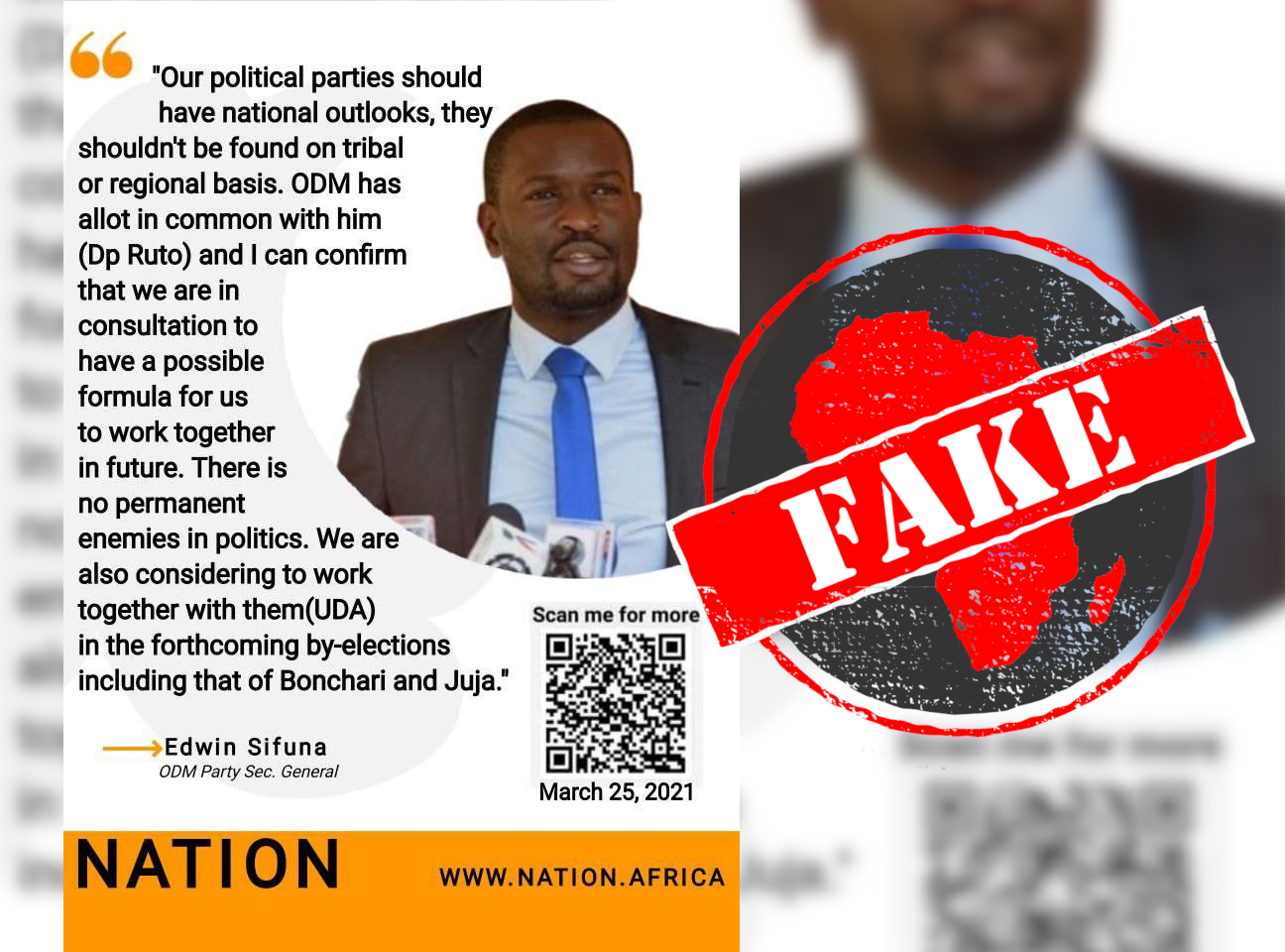 On 25 March, Nation posted the graphic on its Facebook page with “FAKE” stamped across it.

“Please be advised that the quote doing rounds on social media is a fake. Do not fall for fake news,” reads the post.