February 2021 isn’t that special, and doesn’t happen once every 823 years

“This coming February will never come again in your life,” reads a message widely shared on Facebook. It claims this is because February 2021 will have four of each day of the week (four Mondays, four Tuesdays, and so on), something that only “happens once every 823 years”.

February 2021 will be a little special, but the message is wrong about why – and how rare this is. 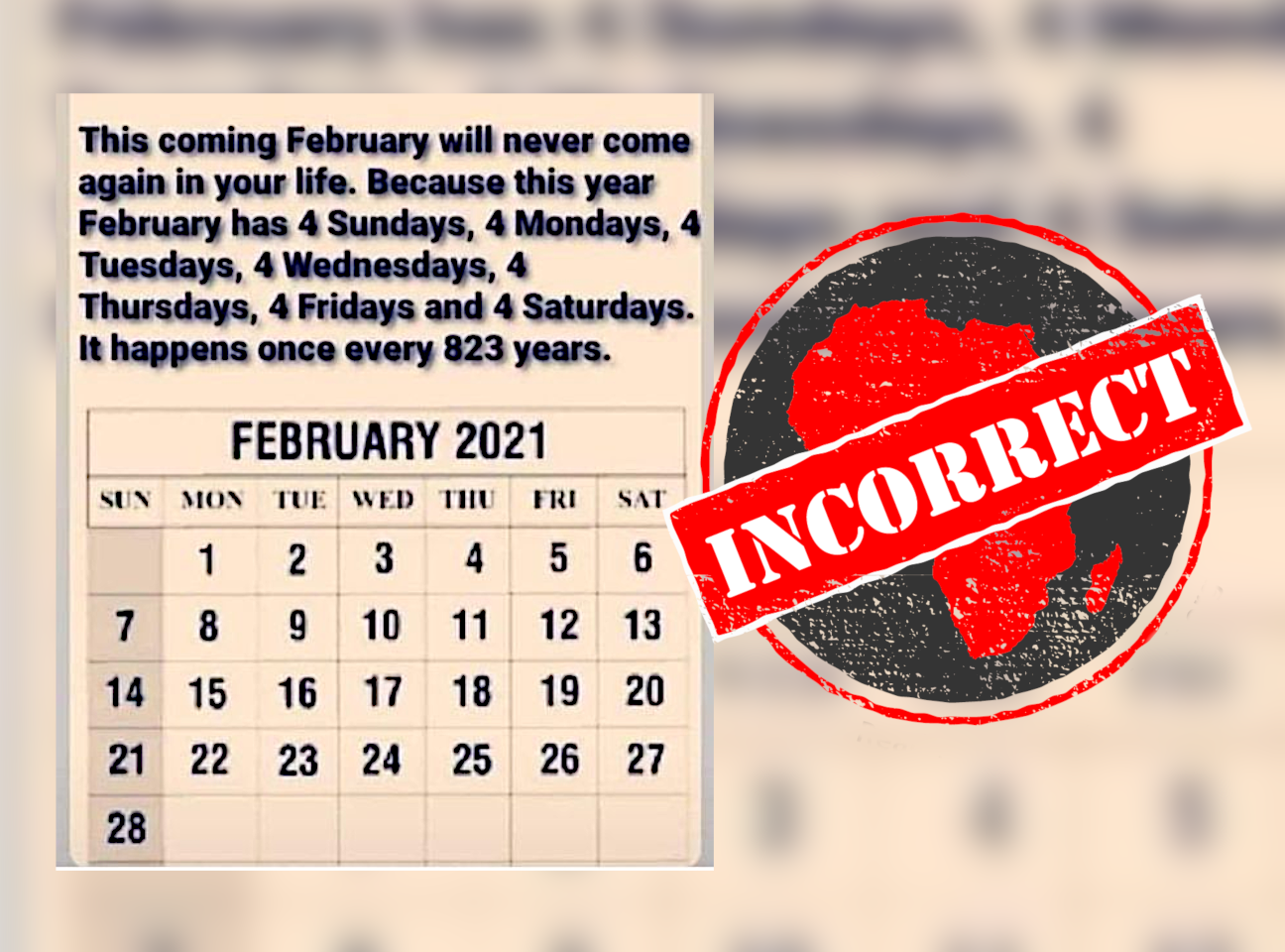 Roughly three in every four Februaries will have 28 days

Anyone who spends time considering the calendar will quickly realise why the message’s main claim is wrong. Like most Februaries, February 2021 will have 28 days – exactly four weeks.

The message seems to be a variation on a common myth about the calendar. The details differ but, for some reason, the myth always includes the false claim that some calendar quirk occurs “once every 823 years”. Variations of the claim have been made about August and October 2010, July 2011 and 2012, October and August 2014, and August 2020.

Leap years and Monday the first

To begin with, some Februaries do not have four of each week day. Certain years will have leap days, a 29th day added to February to account for the fact that a year (one orbit of the earth around the sun) is slightly longer than 365 days. This happens every four years, except in years divisible by 100.