“Meet Ezekiel Rutanathiora Njuki Ituika, the first Meru man to discover miraa in 1918 after eating more than 1,000 different types of leaves,” reads the caption of a black and white photo of a man’s face, posted on Facebook.

The Meru people mainly live in Kenya’s Meru county. Miraa, also known as khat, is a plant whose leaves are chewed for their stimulant properties – excitement, loss of appetite and euphoria. It can cause a psychological dependency with manic behaviour, paranoia, psychosis and hyperactivity as side effects.

Does the photo really show the first Meru man to discover khat, in 1918? We checked. 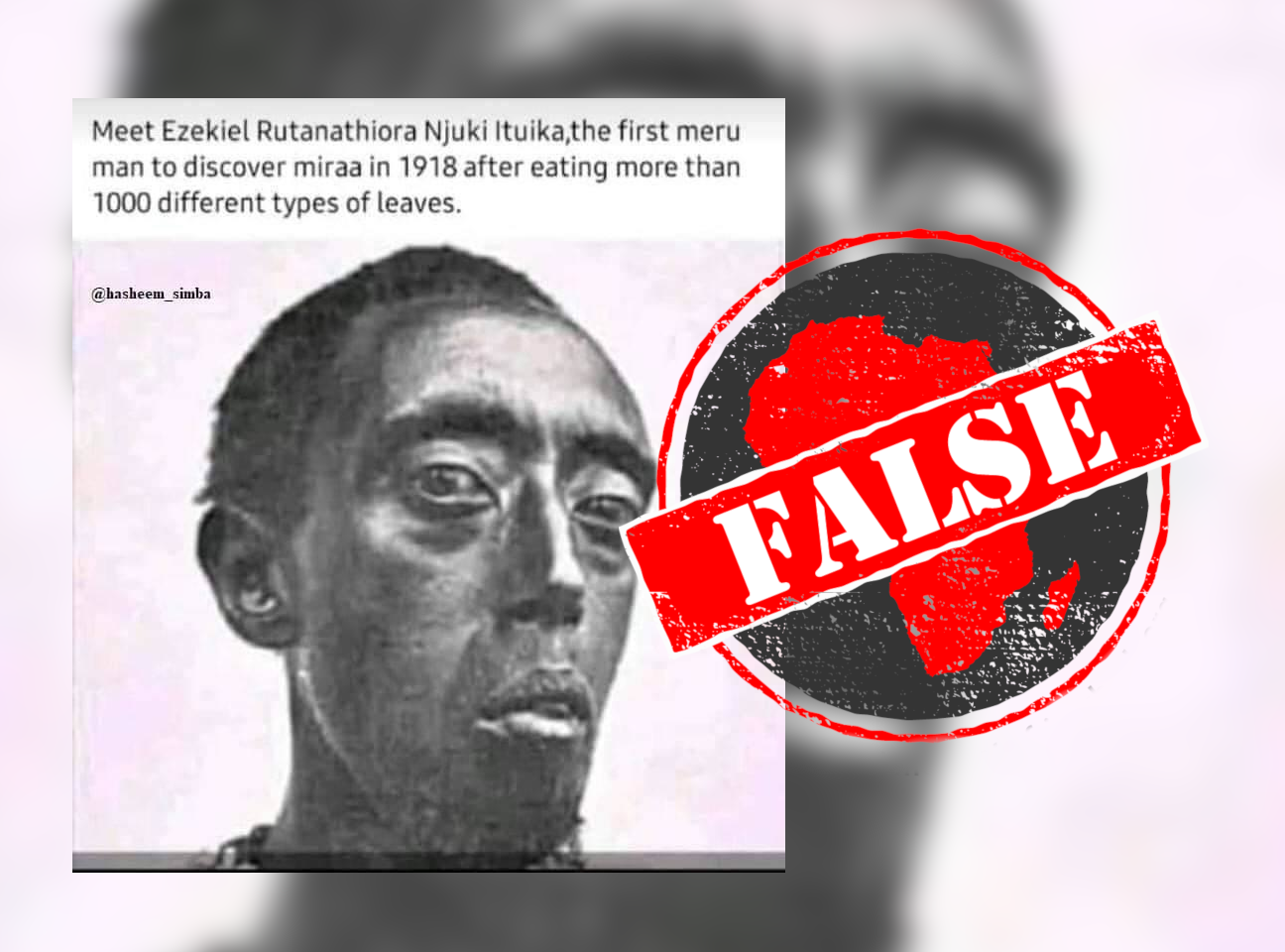 Khat grown in Kenya from 1800s

According to a research paper in the Oman Medical Journal, evidence shows that khat was already used in the 13th century, in Abyssinia – today’s Ethiopia – and the southwestern Arabian regions.

The plant has been grown in Kenya since the 19th century – long before 1918. The largest plantations are in Meru, Embu and Tharaka-Nithi counties, according to the country’s Agriculture and Food Authority.

A Google reverse image search of the photo shows that the man is in fact Yuhi V Musinga, a king of Rwanda who ruled from 1896 to 1931, according to the monarchy’s website. The photo appears in a Historica biography of Musinga, and the resemblance is clear from other photos of the monarch.

The photo has nothing to do with miraa or the Meru of Kenya.