‘Floating rock’ of Jerusalem – or Saudi Arabia – is a hoax

A Facebook meme shared in a number of African countries claims to show a rock that miraculously floats above the ground in Jerusalem, Israel.

It reads: “There’s a floating rock in Jerusalem, floating in the air from thousands of years. After many researches, still there is no explanation on it.” 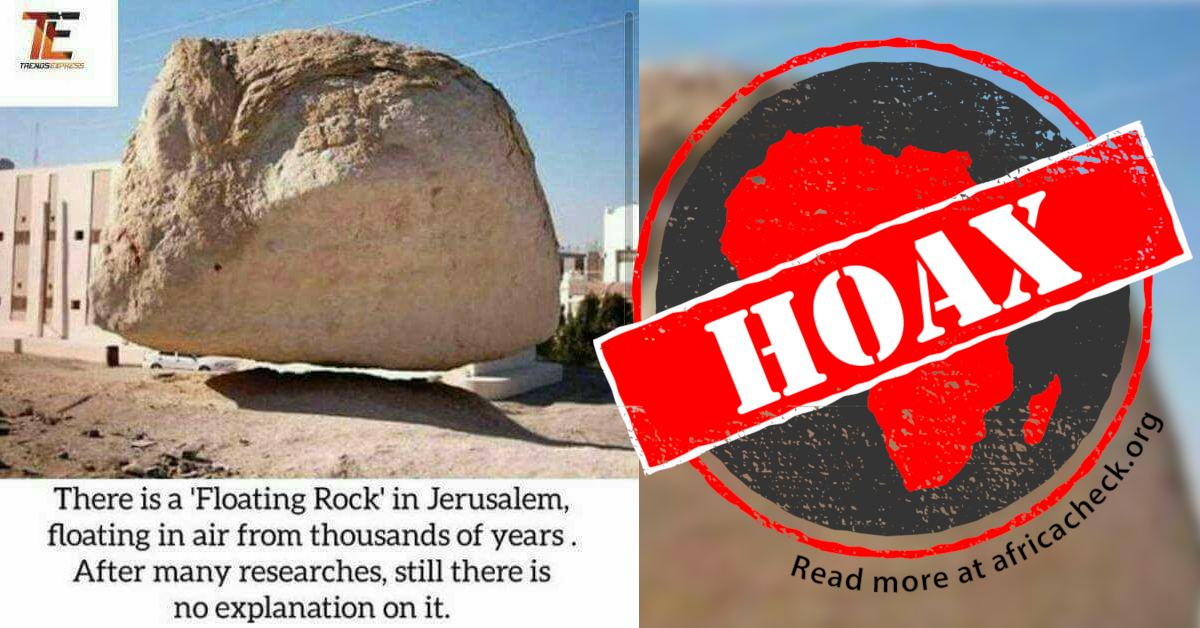 Another meme uses the same photo, but with the background whited out. This version has a more detailed story, set in Saudi Arabia in 1989.

It claims that a “mujahid” – Arabic for a person fighting in jihad or “holy war” – was shot dead at the rock, and that the rock has floated in the air since.

The meme also claims that fresh blood appears on the rock once a year, on the anniversary of the mujahid’s death.

A reverse image search reveals that the photo of the floating rock has been online since at least August 2005. It also leads to a YouTube video that clearly shows the rock is not floating.

It is supported by three small pedestals of hard rock that connect it to the bedrock, as the video reveals in detail.

The image in the memes has been photoshopped to remove the pedestals, to make it look as if the rock is floating.

The “floating rock” is one of many wind-eroded rock formations in Al Twaitheer, northeast Saudi Arabia. It can be viewed on Google Maps. – Grace Gichuhi