IN SHORT: The photo actually shows Uhuru Kenyatta, Kenya’s president from 2013 to 2022, arriving at a reception for heads of state during the 2020 UK-Africa Investment Summit in the UK.

World leaders travelled to London ahead of the funeral of queen Elizabeth of the United Kingdom on 19 September 2022, following her death on 8 September. A photo of African leaders in a bus, including Kenya’s recently elected president William Ruto, has surfaced in the press. The bus provided by the UK government for the leaders attending the queen’s burial sparked controversy and mirth in equal measure.

The photo of Kenyatta, with the claim, has also been shared here, here and here.

But is this really a photo of Kenyatta arriving in the UK ahead of queen Elizabeth’s funeral? We checked. 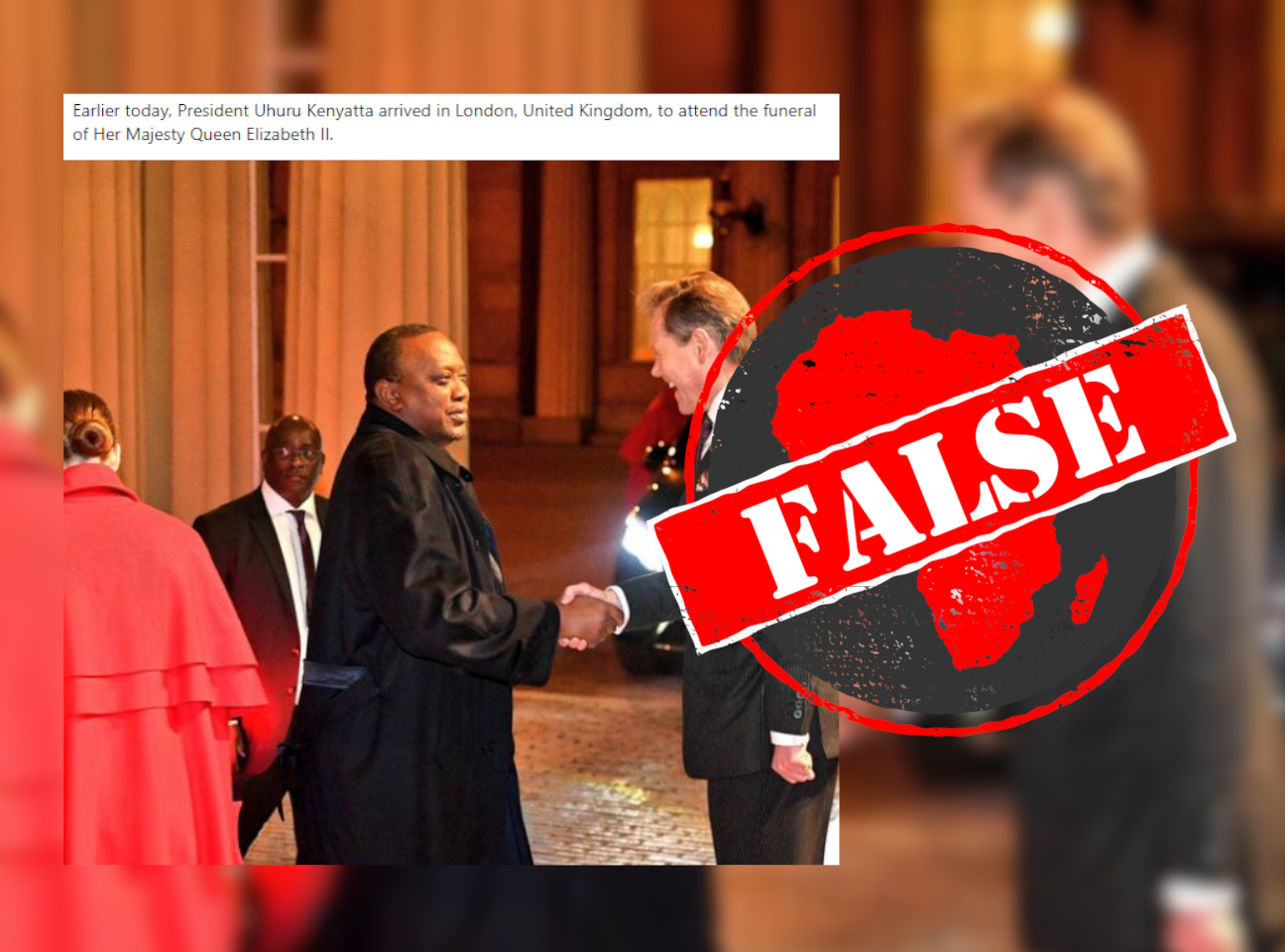 A reverse image search led us to an article published by Kenyan media house Royal Media Services. In the article the photo of Kenyatta is captioned: “President Uhuru Kenyatta arrives for a reception for the Heads of State participating in the UK-Africa Investment Summit in London.”

“President Uhuru Kenyatta last evening attended a reception for the Heads of State participating in the UK-Africa Investment Summit in London,” part of the tweet reads.

The photo does not show Kenyatta in the UK for the queen’s funeral in September 2022 but his arrival ahead of the 2020 UK-Africa Investment Summit in London.