IN SHORT: The photo of a smiling Uhuru Kenyatta in casual clothes was taken while he was still Kenya’s president, and not after he left office in September 2022.

Later in the month, a photo of a smiling Kenyatta in casual clothes, posing with two women and a man in a meadow with trees behind them, went viral on social media with the claim that it showed the former president in his retirement.

Kenyatta comes from Ichaweri, a village in Kenya’s Kiambu county, some 40 kilometres north of the capital of Nairobi.

But does the photo really show Kenyatta “enjoying life in the village” after he left the presidency? 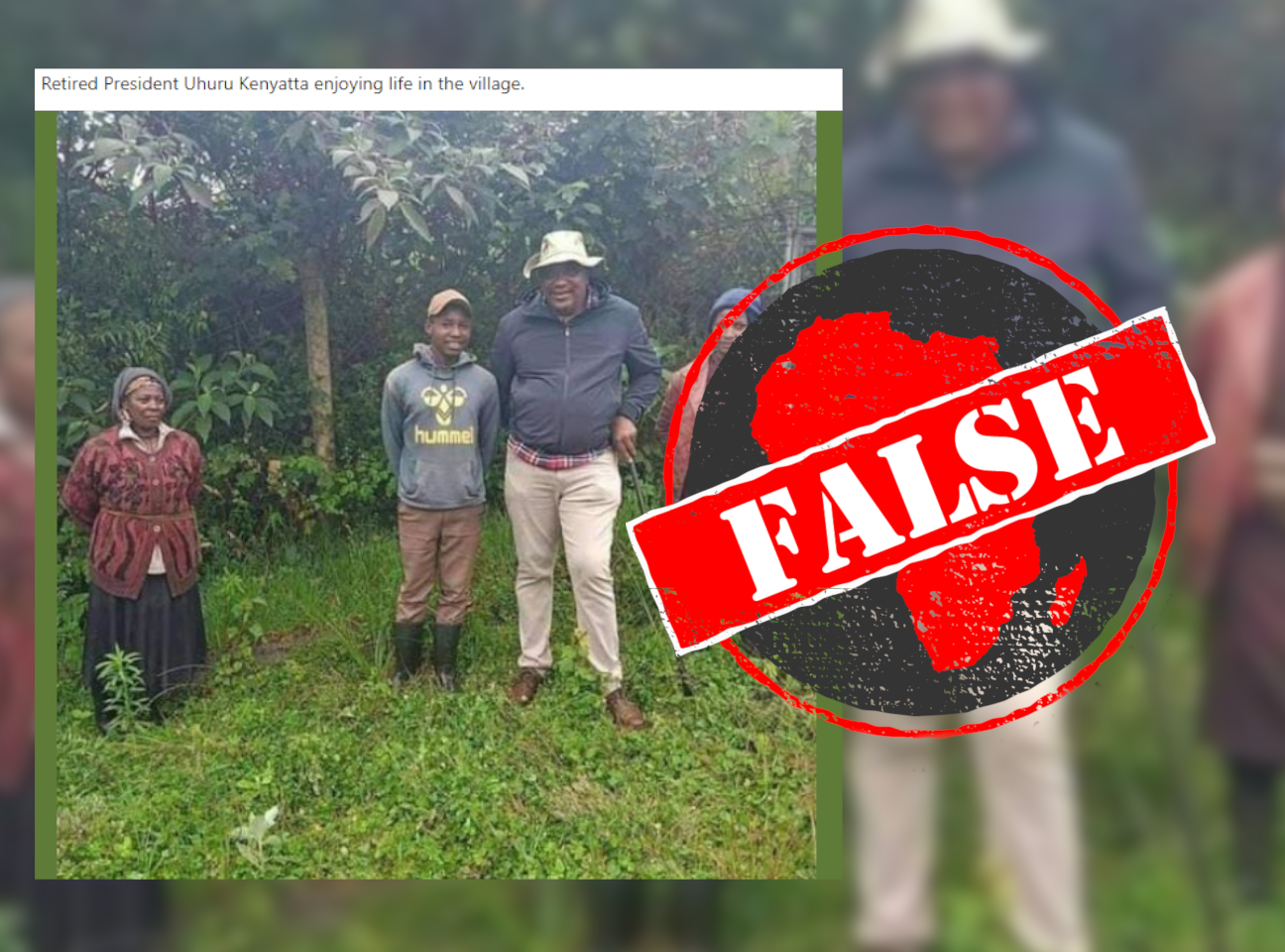 A reverse image search of the photo reveals it first appeared online more than a year ago, in July 2021.

It was used in news reports about Kenyatta  – then still president – visiting Kiambu’s Gakoe village to inspect the progress of a power project.

The two women in the photo later told news outlets about meeting Kenyatta.

At the time, he was still Kenya’s president. The photo doesn’t show him enjoying his retirement.