“BREAKING NEWS Minister of intelligence David Mahlobo and his wife have been found to have some dealing with human traffickers,” begins a tweet posted on 1 April 2021.

The tweet includes a video clip and says this was reported by media outlet Al Jazeera.

In the clip, a man identified as a “level three trafficker” is being interviewed and filmed using what appears to be a concealed camera.

The man, named “Guang”, is also the owner of a massage parlour. He claims that he has been able to keep his record clear of criminal charges by bribing people at the South African justice department.

Guang also claims that head of the state security agency, David Mahlobo, is a frequent guest of his. He shows the interviewer photos on his cellphone of what appear to be himself and Mahlobo.

“He came to my massage parlour every week or at least twice a month. I know him very well,” Guang says.

The tweet has been retweeted over 1,700 times since it was first posted.

Is this video from an Al Jazeera report linking Mahlobo to human trafficking syndicates? We checked. 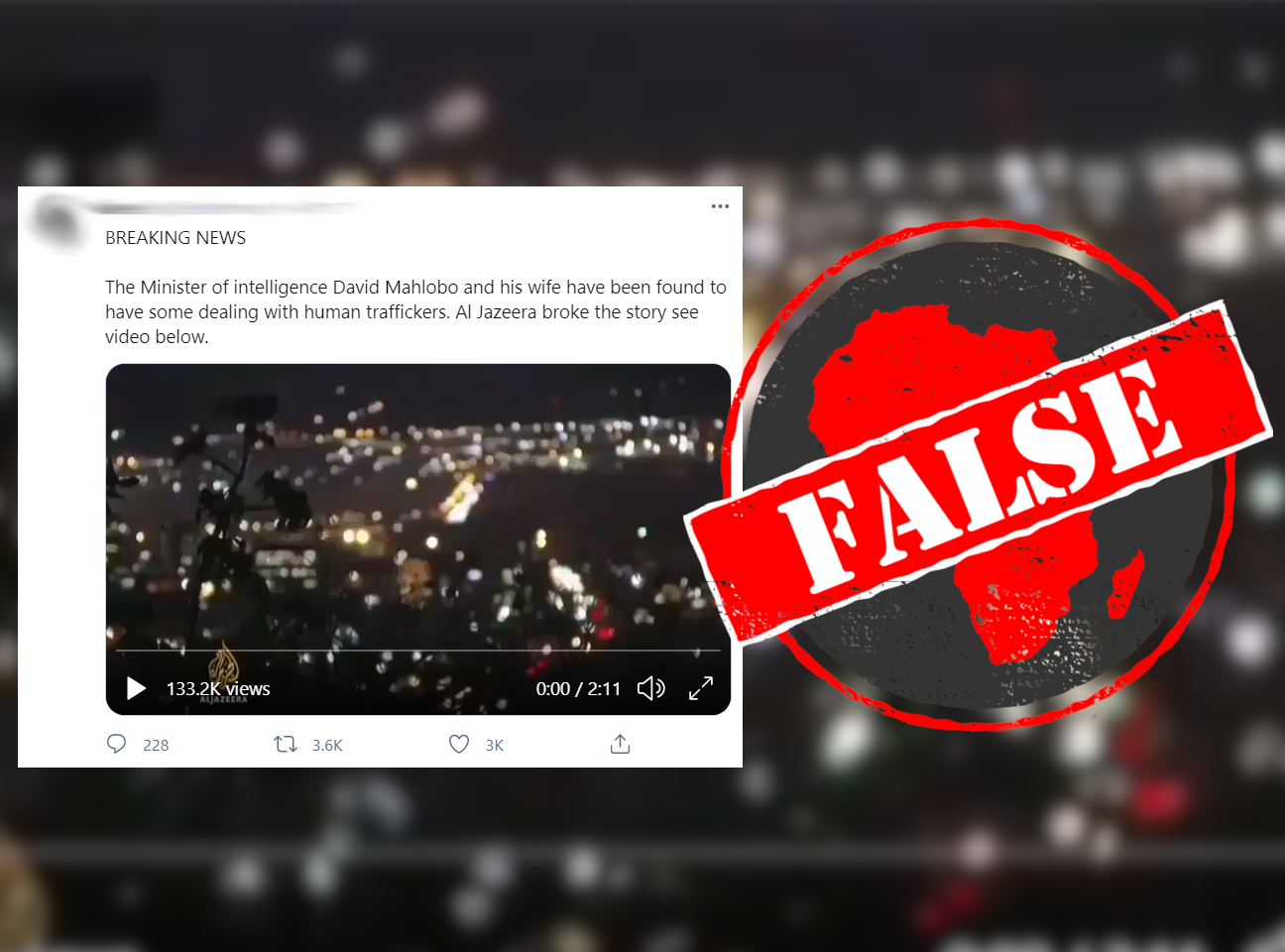 The tweet also calls Mahlobo “minister of intelligence”, but as of 2021 he is the deputy minister of human settlements, water and sanitation.

A Google search indicates that the video is a clip taken from a documentary by Al Jazeera that was published on 13 November 2016. But the documentary is about rhino horn smuggling, not human trafficking.

It identifies five “levels” of rhino horn traffickers, where level one are the people who kill the rhinos and level five the rhino horn consumers.

Guang is identified as a “level three” trafficker, meaning he buys fresh rhino horn from suppliers and sells it to consumers.

The documentary implicates Mahlobo in rhino-trafficking syndicates by linking him directly to Guang and to a decision to remove an investigative organisation that had successfully apprehended and arrested rhino horn smugglers.

Al Jazeera published an article about the documentary on the same day.

On 14 November 2016, the South African State Security Agency issued a statement in which Mahlobo denied involvement in the rhino horn trade. He said that when he visited Guang’s “spa” he had no idea what business Guang was involved in.

“The minister refutes these ludicrous allegations with all the contempt that they deserve and reserves his rights in respect of those making such false claims,” the statement said.

Both Al Jazeera and local news organisation Eyewitness News reported that police had launched an investigation into Mahlobo’s alleged links to the illegal rhino horn trade.

On 20 January 2017, TimesLive reported that the investigation had halted after the trafficker Mahlobo had been linked to disappeared.

We have not been able to find any evidence that Mahlobo has been linked to human trafficking syndicates.