Have you been given a free colourful key holder at a petrol station or shopping centre?

According to a decade-old hoax being shared anew on Facebook there’s a catch - the key holder is actually “a detector to follow u home”.

The hoax has been debunked a number of times in different countries. Snopes said it began in South Africa in 2008 when Caltex petrol stations were giving away free key holders as part of a promotion.

This early version of the hoax also claimed there were tracking devices in the key holders. It showed photos of a Caltex key holder taken apart to reveal the “tracking device’’.

In the past decade the hoax has popped up in the UK, Australia, Singapore and Malaysia. 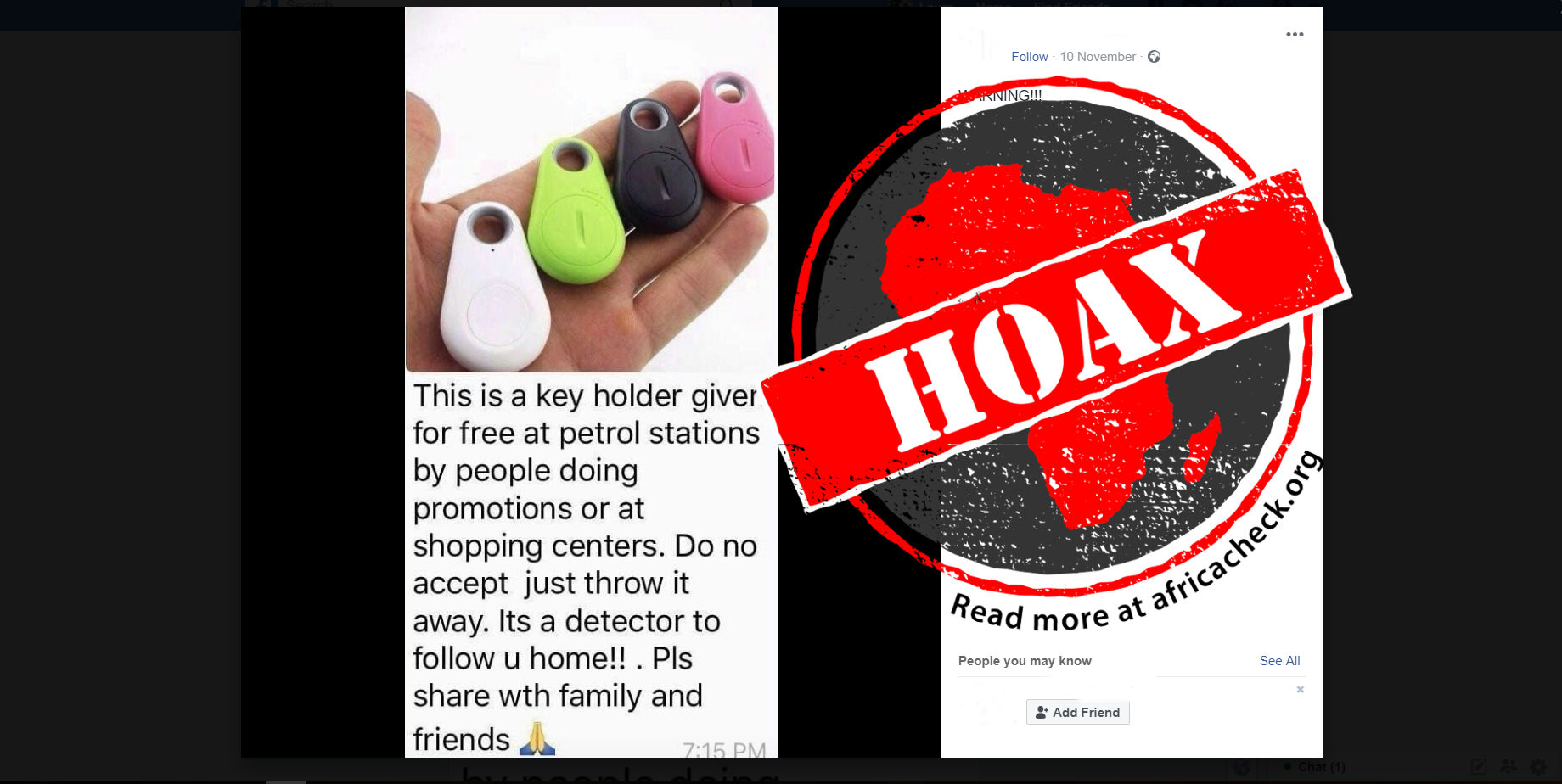 What are these colourful devices?

The new Facebook version of the hoax shows a picture of colourful Bluetooth key trackers and suggests they are being used to track people. But a key tracker simply uses Bluetooth technology to find lost keys. It’s connected wirelessly to a smartphone and clipped on a key ring. If the keys are lost, an app on the phone helps the user find them.

Police spokesperson Sally de Beer said the warning didn’t come from the police. “Kindly regard it as a hoax. However, we always urge communities to be ever vigilant.”

But could Bluetooth key trackers be used to track potential victims?

Besides being rather costly to be given away freely to lots of people, the trackers have a limited range, associate professor in the academy of computer science and software engineering at the University of Johannesburg, Dr Dustin van der Haar, told Africa Check.

This means criminals would have to constantly follow the tracker so they wouldn’t lose connectivity – which defeats the purpose of using a tracker in the first place. - Naphtali Khumalo (14/11/2018)