A screenshot announcing the death of general Mahamat Idriss Déby, the son of dead Chadian president Idriss Déby, has been circulating on social media.

According to text in the screenshot, which appears to be of a Facebook or Twitter post automatically translated into English, the younger Déby was killed following a coup.

“Dear countrymen, by this publication, we inform that president Deby's son Mahamat Kaka chairman of the Transitional Military Council has just been killed following another coup,” the screenshot reads.

Other versions shared of the same information appeared to be screenshots of a tweet.

Africa Check counted at least 35 of these screenshots posted and shared widely by different individuals.

Mahamat Déby was named leader of a transitional military council, to be in power for 18 months, following his father’s death on 20 April 2021.

But has the son of the slain president also been killed? 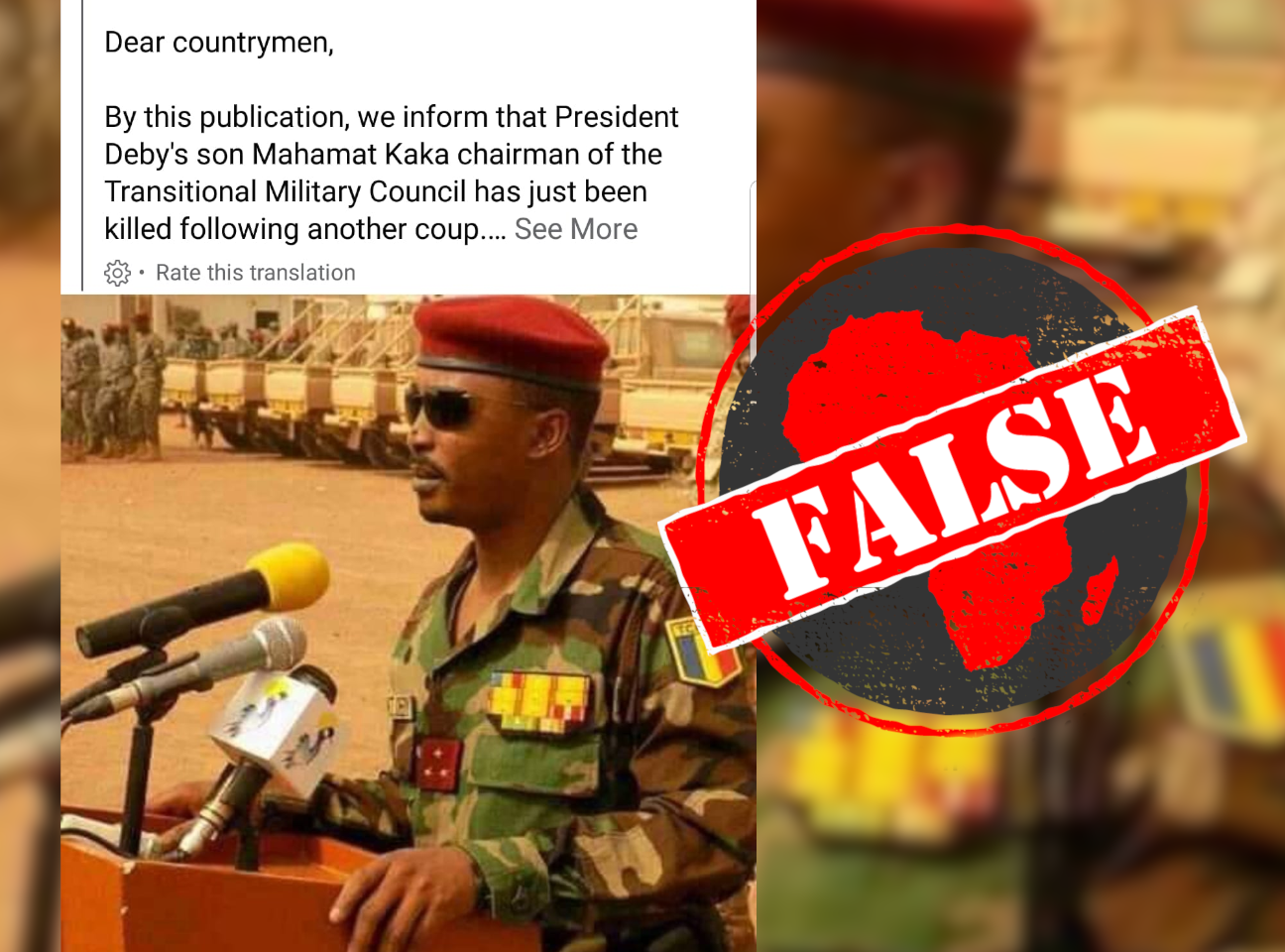 Gen Mahamat seen in public since rumours of death spread

The announcement went viral on 21 April, but Déby has been seen in public several times since then.

The most prominent occasion was on 23 April during the funeral of his father, where Déby sat next to the president of France, Emmanuel Macron.

On 26 April, local media outlets tweeted about a political appointment made by the general. On 10 May, he visited Niger on his first official trip.

No media houses, either local and international, have reported on his death or a coup, as is to be expected if it were true.

Reports that Mahamat Idriss Déby died on 21 April are false.