“Leipzig University dismisses claims that Raila is their alumni,” reads the headline on a screenshot of what seems to be an article on Nation, a leading Kenyan news website. “Says no records show his admission at the institution,” it adds.

The screenshot, dated 16 June 2022, has been circulating on Facebook and Twitter, often with the hashtag #RailaHasNoDegree. It can also be seen here, here, here and here.

Raila Odinga, a former prime minister and Orange Democratic Movement leader, is one of the two leading candidates for the presidency in Kenya’s August elections. His rival is current deputy president William Ruto, who heads the Kenya Kwanza alliance

Leipzig University is in the European country of Germany.

In May and June, Kenya’s independent electoral commission met several candidates seeking approval to run for president. One of the requirements is proof of academic qualification. This prompted debate on whether Odinga is qualified.

But does the screenshot really show an article on Nation’s website, reporting that Leipzig University had “dismissed” claims that Odinga was a graduate? We checked. 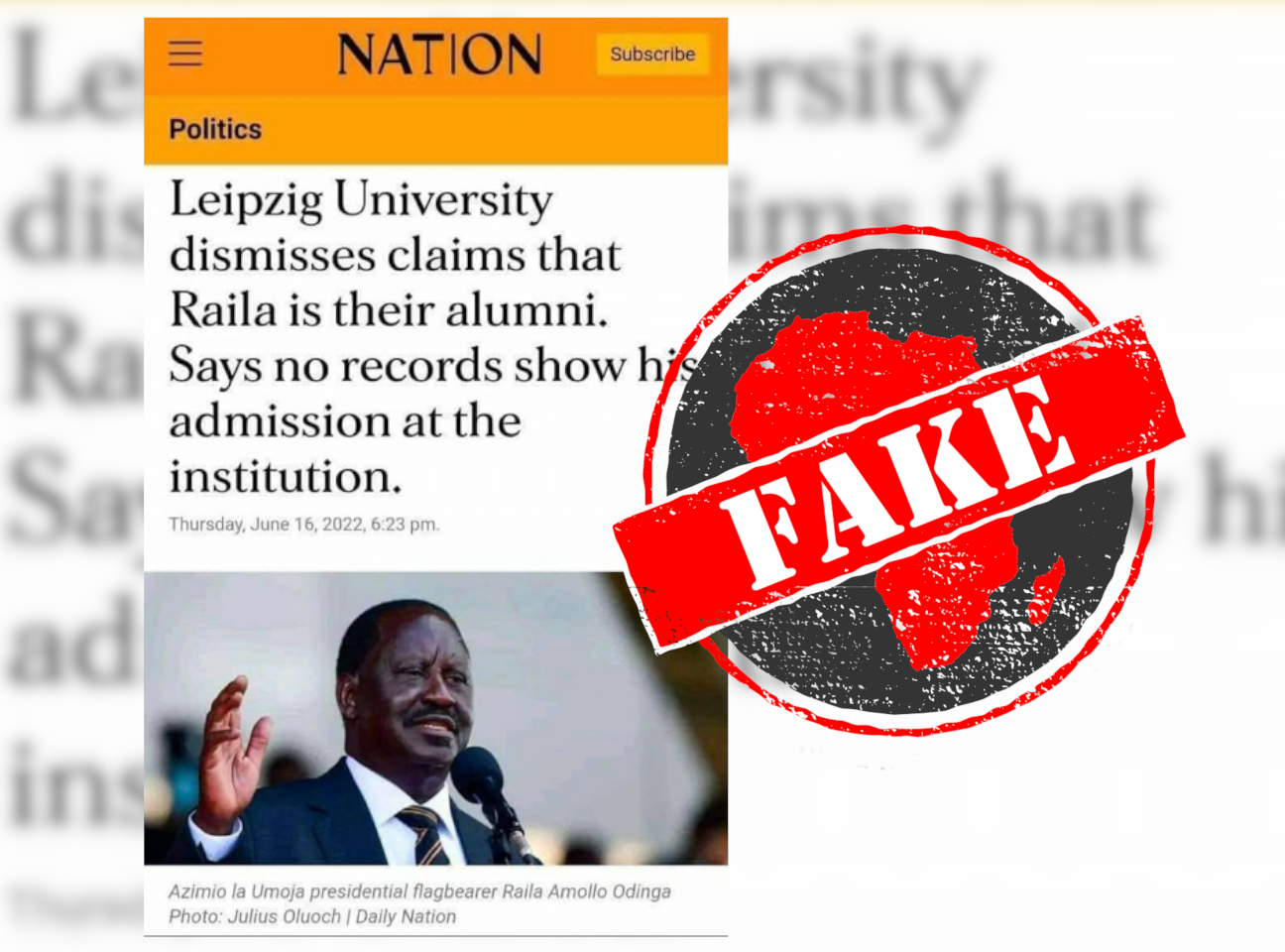 According to Odinga’s official biography, he attended the Herder Institut at the University of Leipzig, in what was then East Germany, from 1963 to 1964.

In 1965, he was awarded a scholarship to East Germany’s Technical School of Magdeburg, now part of the Otto von Guericke University in unified Germany’s city of Magdeburg. In 1970, he graduated from the technical school with a masters of science degree in mechanical engineering.

Africa Check searched for the Nation headline on Google and came up empty. We also did not find the article on the Nation website. Another clue is that the publication does not use full stops in its headlines.

On 16 June, Nation posted the screenshot on Facebook – stamped “FAKE”.

“FAKE NEWS ALERT!” the post reads. “Please be advised that this card doing rounds on social media is fake. Do not fall for fake news.”