Food shortages have been reported in parts of South Africa’s KwaZulu-Natal and Gauteng since widespread protests and looting gripped the two provinces for almost a week in mid-July 2021.

The unrest began after former president Jacob Zuma handed himself over to police on 8 July, to begin a 15-month prison sentence for contempt of the Constitutional Court.

Relief efforts have begun, particularly in KwaZulu-Natal, with several NGOs distributing food to people in need. One of these is Gift of the Givers, one of the largest disaster response organisations in Africa. It is based in the province. 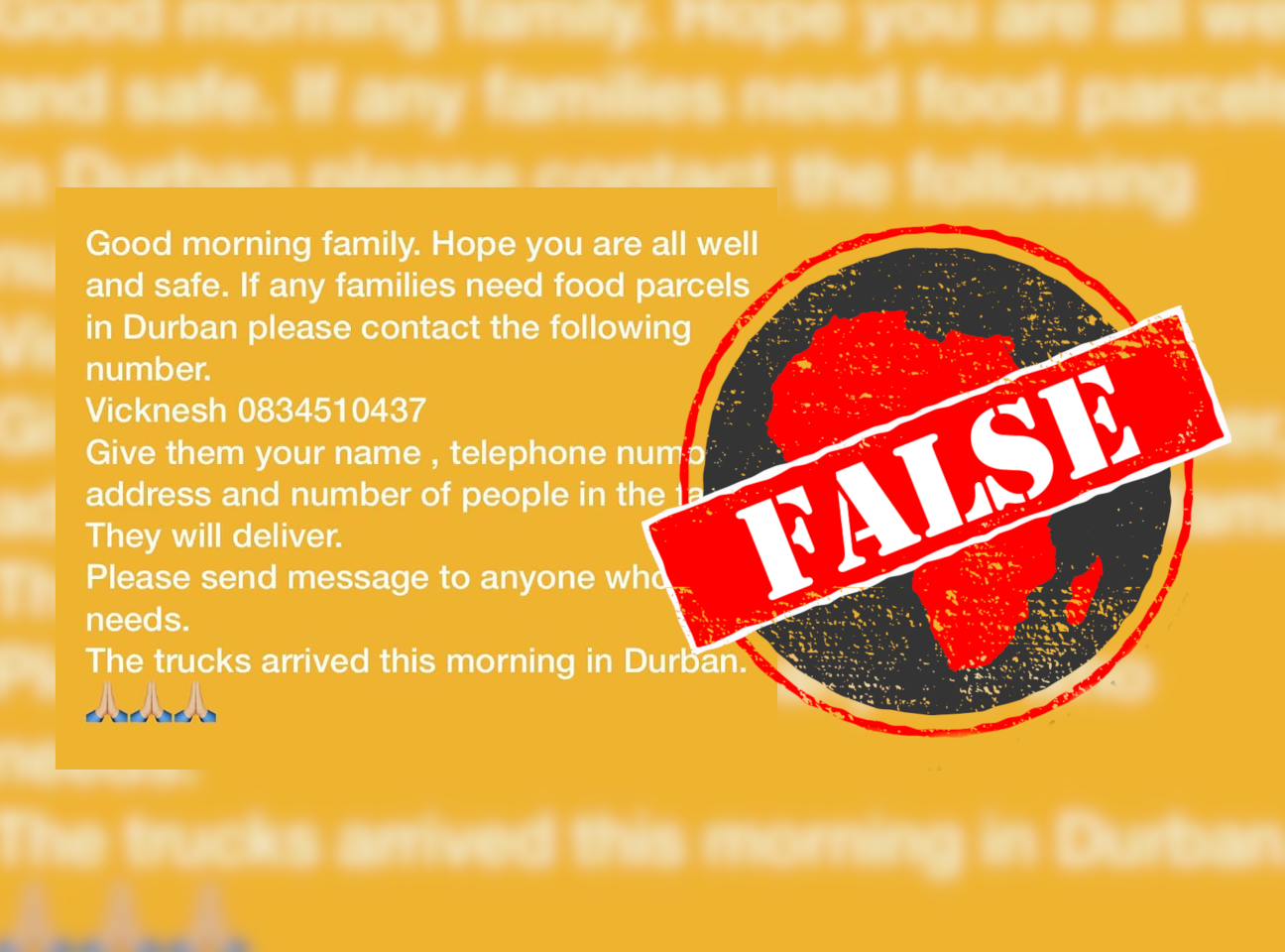 ‘The trucks arrived this morning’

But disinformation about the food relief hasn’t been far behind. From about 18 July a fake message started circulating on Facebook and WhatsApp offering Gift of the Givers food parcels to households in Durban, KwaZulu-Natal’s largest city, with contact information unrelated to the organisation.

“Give them your name , telephone number, address and number of people in the family. They will deliver. Please send message to anyone who needs. The trucks arrived this morning in Durban.”

On 20 July Gift of the Givers pasted the message into a post on its verified Facebook page, with a warning above. 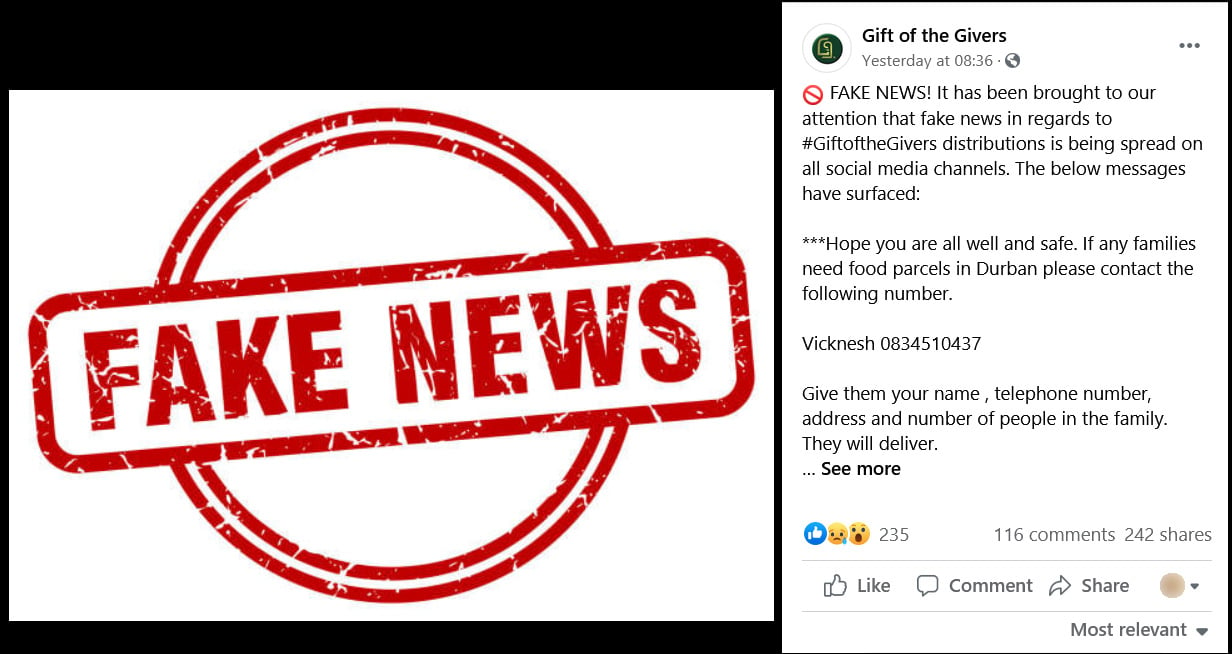 “FAKE NEWS! It has been brought to our attention that fake news in regards to #GiftoftheGivers distributions is being spread on all social media channels. The below messages have surfaced,” the organisation wrote.

The message is false. While it has been shared in good faith, it will only cause more harm.