A Facebook user has shared what looked like a graphic by Infotrak, a polling and market research company in Kenya, showing performance rankings of Members of County Assemblies (MCAs) in Meru county.

The graphic shows the company’s logo. It’s been posted on a Facebook group with more than 42,000 members and is titled: “Meru county MCA's approval ratings 2021 (April-June).”

In the graphic, MCAs from different wards in the county have been ranked according to their approval ratings from the highest to the lowest percentage.

The graphic has also been shared in other public groups.

It comes at a time when Kenya is preparing for 2022 general elections. One caption to the graphic reads: “On making  your decision of 2022, let this guide you please.” 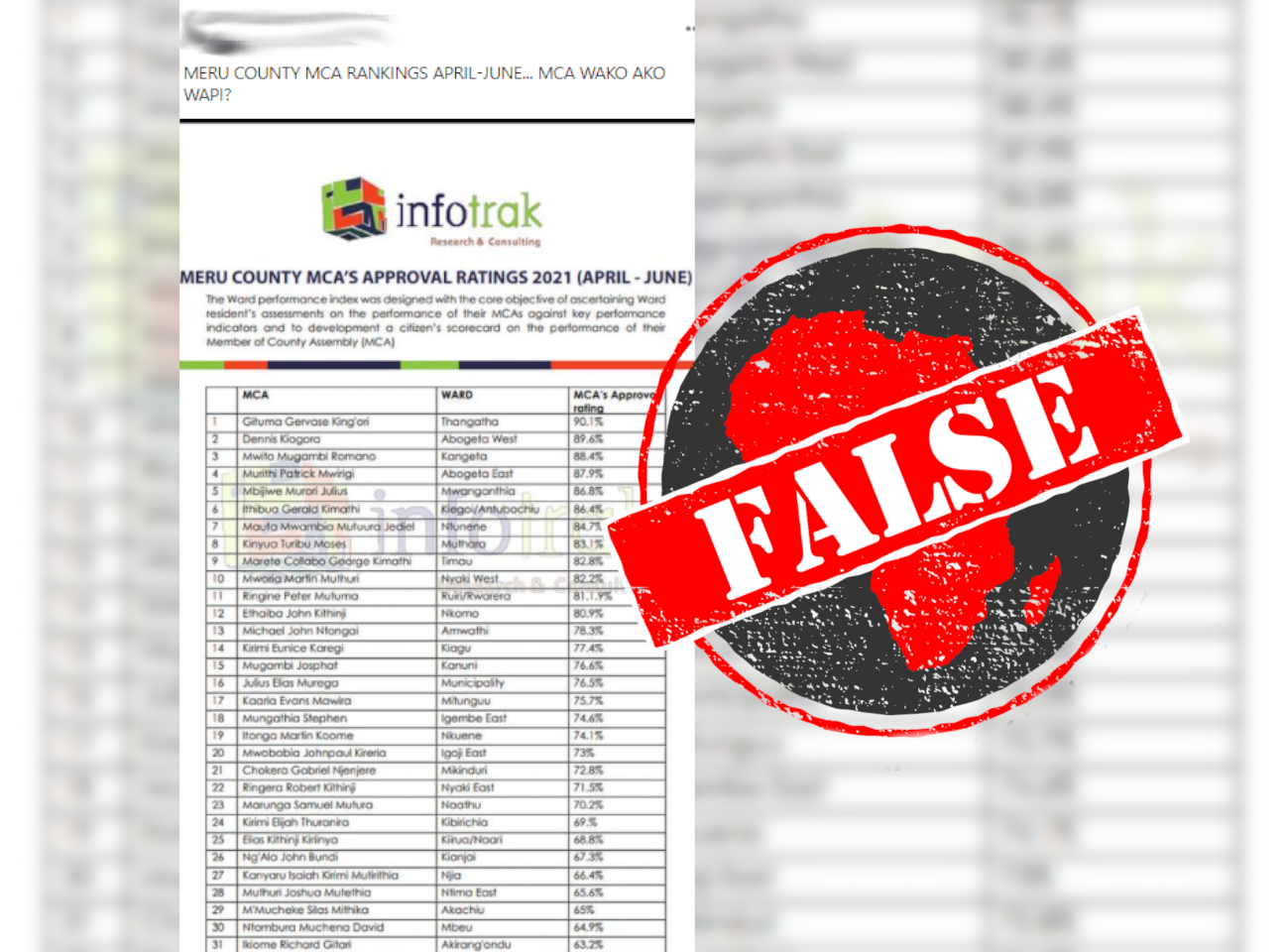 ‘Consider it as fake news’

We contacted Infotrak to ask if the graphic showed the company’s rankings.

“We have not done any surveys in Meru county since December 2020 on political popularity of any elective post. Consider it as fake news,” Johvine Wanyingo, a senior field operations manager at Infotrak, told Africa Check.