(Warning: This article links to a video some readers may find disturbing.)

A video shows a group of people beating two men with switches as the men beg for the beatings to stop. They are bound, and one has a tyre pinning his arms to his sides.

The video has been widely shared on Twitter and Facebook in South Africa, with claims that the men were caught looting during protests which have engulfed the country in July 2021.

The protests began as supporters of former president Jacob Zuma demanded his release from prison, where he is serving a 15-month sentence for contempt of court.

But this disturbing video was taken at least two years earlier than these protests. 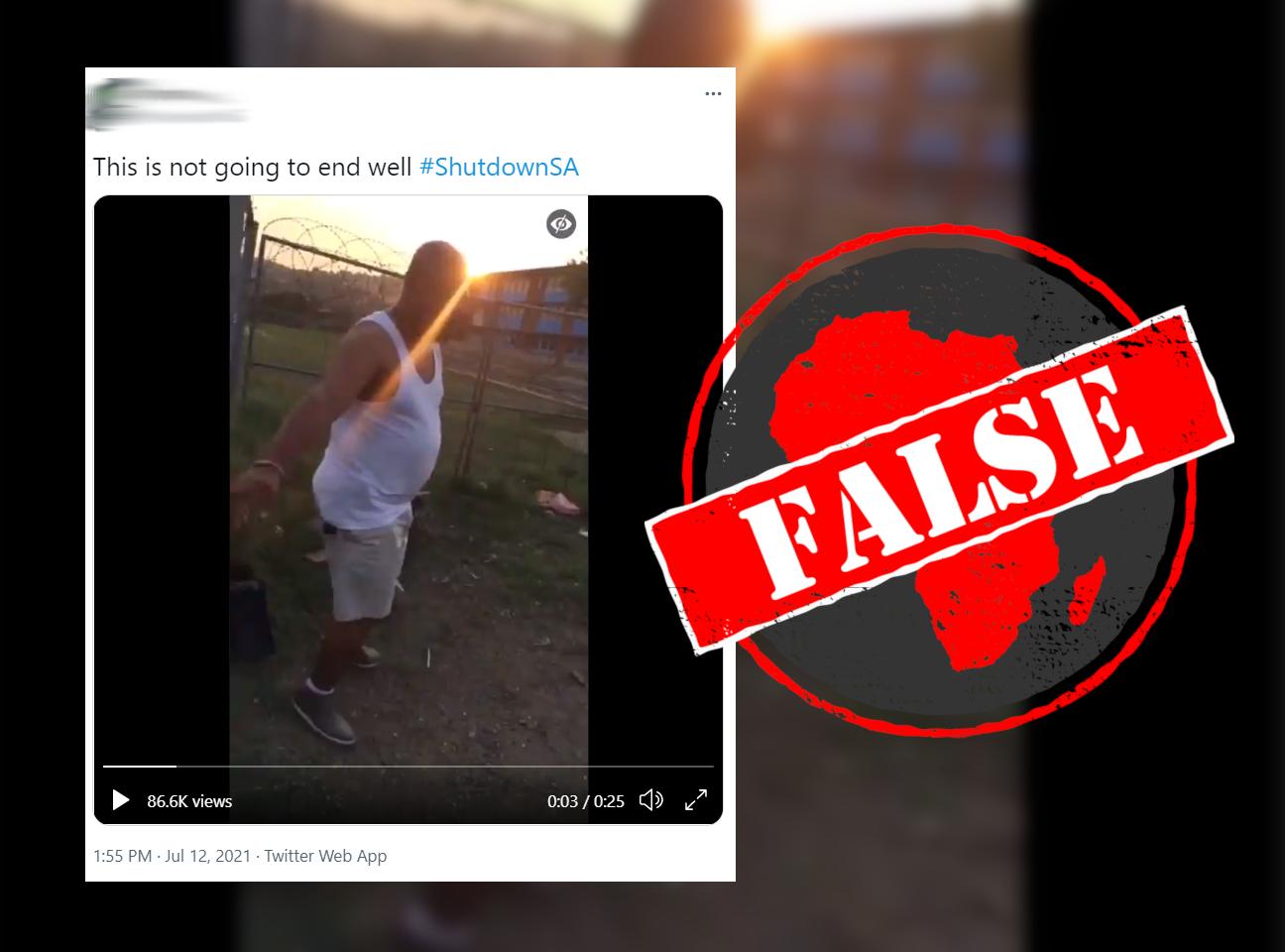 Video from as early as 2019, men allegedly caught housebreaking

Africa Check was unable to determine exactly where and when the video was filmed. But it was posted on Twitter and Facebook in October 2019 by an account called “Beskerm Security”.

Beskerm Security, listed on Facebook as a “private investigator”, claimed the video was taken in “Newlands” and that the men were “caught doing housebreaking”.

There are multiple places in South Africa named “Newlands” and it is possible that Beskerm Security mislabelled the video. A Twitter user who responded to Beskerm Security’s original tweet claimed the event took place “over the weekend”.

The user’s tweet was tagged with the location Durban, South Africa, suggesting that the Newlands referred to was the suburb in Durban.

Africa Check could find no other information on the incident, but it is clear from these old posts that the video was not taken in 2021.