“Panyaza Lesufi reveals how much Gauteng government spent on illegal immigrant school children,” reads the headline of an article circulating online in September 2022.

It claims the South African government has had to spend R4 billion to provide basic education to “illegal immigrant children” in Gauteng province. This was supposedly revealed by Panyaza Lesufi, Gauteng’s education boss, during a parliamentary committee meeting.

Debate about the impact of foreign migrants on public services has been raging in South Africa. But is this claim about spending on education correct? 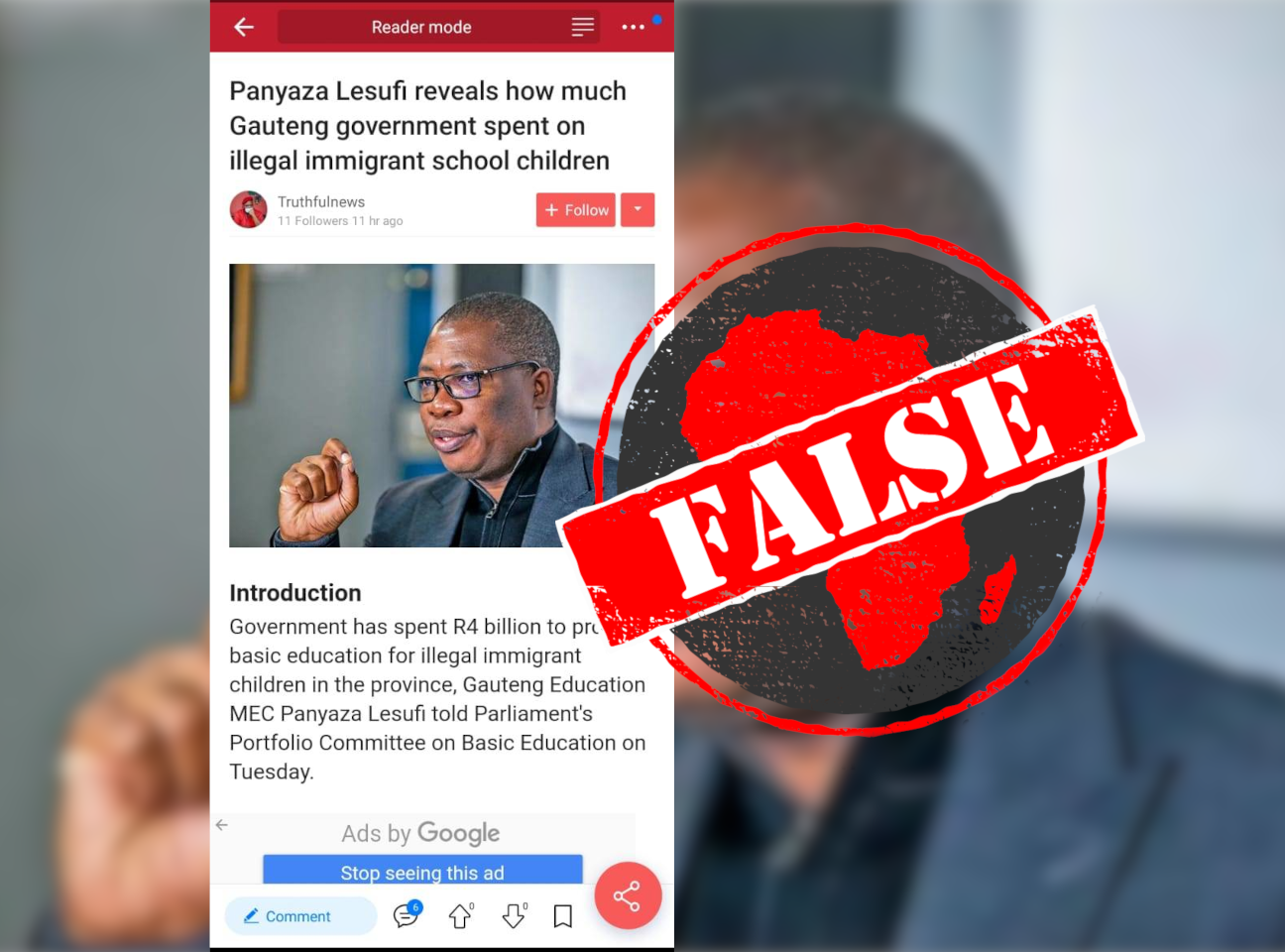 ‘Kindly ignore, this is FAKE NEWS!’

A revelation like this would have been widely covered by South Africa’s media. Africa Check searched for reputable reports on the R4 billion figure and came up short.

And on 8 September, Lesufi posted a screenshot of the article on his Twitter page, stamped “fake news”.

“Kindly ignore, this is FAKE NEWS!” he said.

“The fake report claims I presented the report at the Parliament Basic Education Portfolio Committee. How can when I am not even a Member of Parliament,” he followed up in another tweet.