Is Nigeria manufacturing helicopters now? That is the claim made by NTA2 Lagos, an arm of the Nigerian Television Authority, or NTA, a government-owned media outfit.

“These are the first set of made in Nigeria helicopters by national agency for science and engineering infrastructure (Naseni), ready to undergo environmental impact assessments any moment from now,” reads a 28 January 2021 tweet from the NTA2.

The tweet includes a photo of four helicopters in a row. A similar post appeared on Nairaland, a Nigerian social networking platform.

But were these helicopters manufactured in Nigeria? 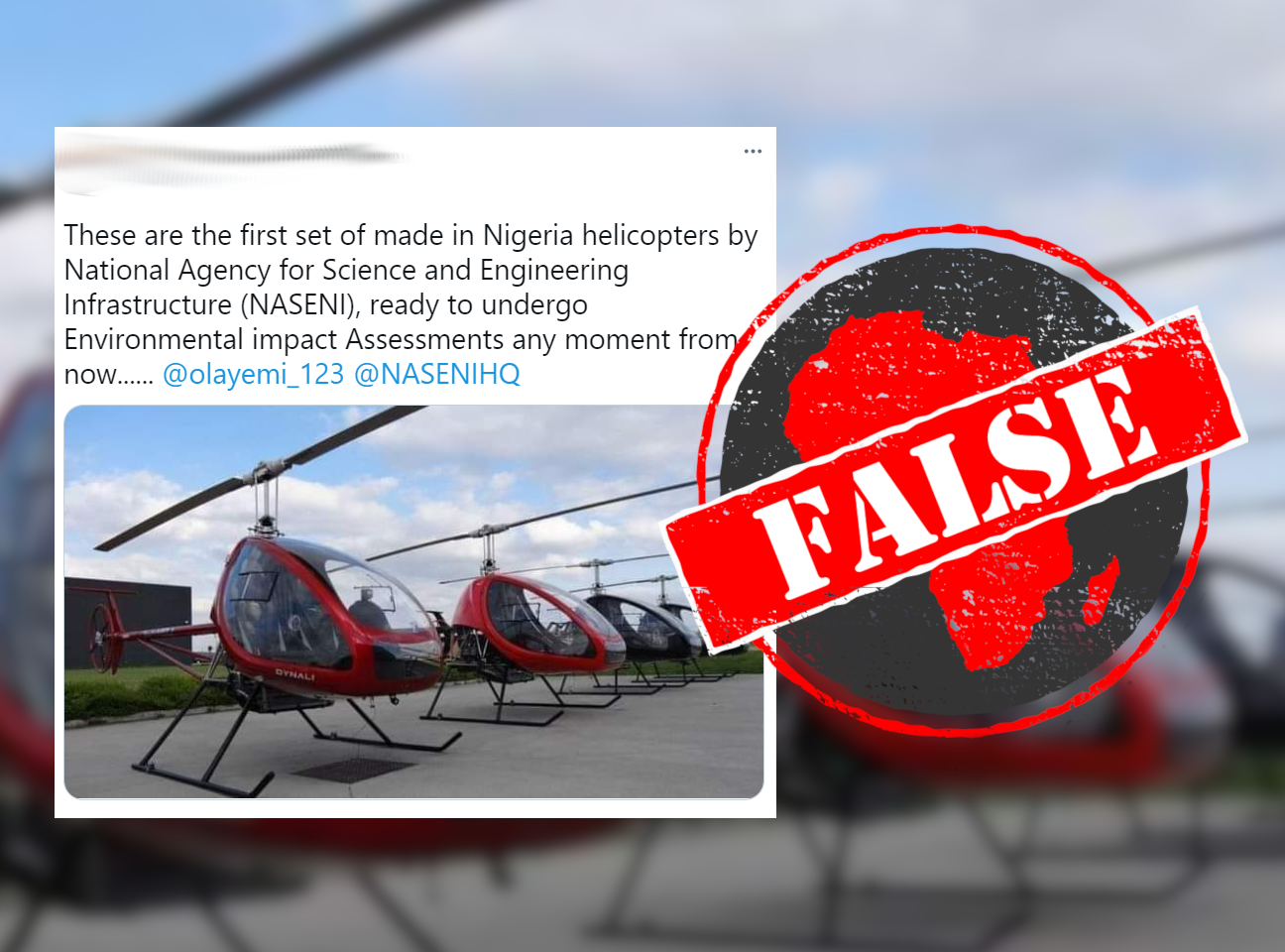 Naseni was established in 1992 to support the development of the science and technology sector in Nigeria. One of the objectives of the agency is to encourage the local mass-production of standard parts.

A Google reverse image search revealed that the photos of the four helicopters were online as far back as 2017, and that the aircraft were manufactured in Belgium, not Nigeria.

We found one of the photos on the website of Dynali, a manufacturer of ultralight helicopters in Belgium, uploaded on 19 May 2017,

The photo was part of a report announcing the delivery of the company’s 50th H3 sport light helicopter to a flight school in France.

In 2018, the Nigerian government partnered with Dynali, through Naseni, to produce helicopters in Nigeria. The agreement involves capacity building and transfer of technology in areas of maintenance, assembly and manufacturing.

The photo in the social media posts was used in the press at the time to illustrate the deal between Nigeria and Dynali. But since the agreement was signed, no helicopters have been manufactured in Nigeria.

Noël Howard-Jones, Dynali’s marketing director, told AFP Fact Check that “several factors have delayed the project … including the Covid-19 pandemic, which has led to travel restrictions across the globe and reduced airline operations”.

In February 2021 it was reported by technology website iAfrikan that “Nigeria's president Buhari has expressed that it is expected that the Naseni manufactured made-in-Nigeria helicopters will be launched in the fourth quarter of 2021”.

It is not true that the photos shared on social media show “the first set of made-in-Nigeria helicopters”.