Ahead of the Nigerian general election in February 2023, politicians in the country are holding rallies, with large crowds seen as proof of popularity.

On 29 August 2022, the day after Peoples Democratic Party presidential candidate Atiku Abubakar visited Kano in northern Nigeria, three photos of huge crowds were posted on Facebook with the claim that they showed people welcoming his arrival in the state.

“Atiku Abubakar lands in Kano. Kano is sealed for PDP in 2023. Atiku is coming!” reads one caption to the photos.

According to reports, Abubakar and rival All Progressives Congress presidential candidate Bola Tinubu are campaigning hard in Kano, a swing state.

In 2019, current president Muhammadu Buhari defeated Abubakar in Kano with over a million votes.

But do the photos really show Abubakar’s recent visit to Kano? 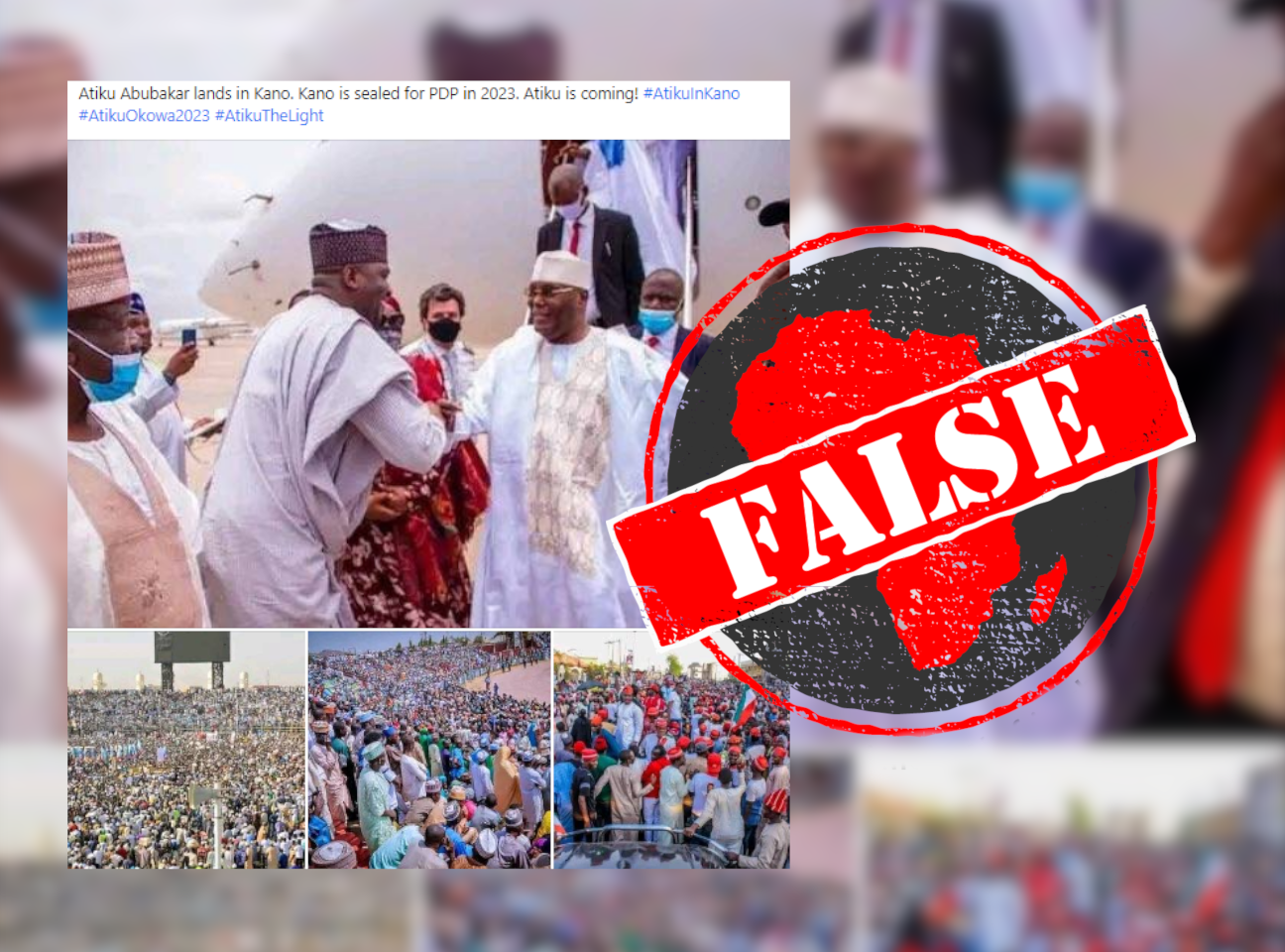 Using Google reverse image search, we discovered that the first photo is not recent. The earliest online version we could find is from a 21 August 2021 article in Medium, headlined: “PhotoNews: AtikuKawai welcomes Atiku in Kano”.

With Yandex, a reverse image search tool, we discovered that the third and fourth photos are not recent either.