A TikTok video posted on Facebook in August 2022 claims that Kenyan president Uhuru Kenyatta has called out leaders who want to get into power by any means possible, including unconstitutionally.

This translates as: “You’ve said even if Kenyans go back to the ballot, you can change the decision they make if you wish … I have heard shocking things I cannot believe I could hear in a democratic nation. All the things Kenyans did away with when they got a new constitution, others have given themselves the authority to threaten their colleagues … that even if you go vote again when you come back, I will decide what I want the outcome to be … My friends, it's like all of us don’t matter.”

Text on the video reads: “President Uhuru breaks silence for the fist time after Chebukati announced Ruto as president-elect.”

And a comment that features in the video says “Raila was rigged.”

Odinga, the candidate of the Azimio la Umoja One Kenya coalition, has challenged the results in the supreme court. The ruling is due on 5 September.

The video was posted on Facebook with this caption: “President Uhuru finally breaks silence for the first time since Chebukati announced to us a fake president-elect. #SmokingOutThieves.”

But did Kenyatta make these remarks, which appear to be aimed at Ruto, his deputy with whom he had a falling out? If he did, it could stir up tensions. 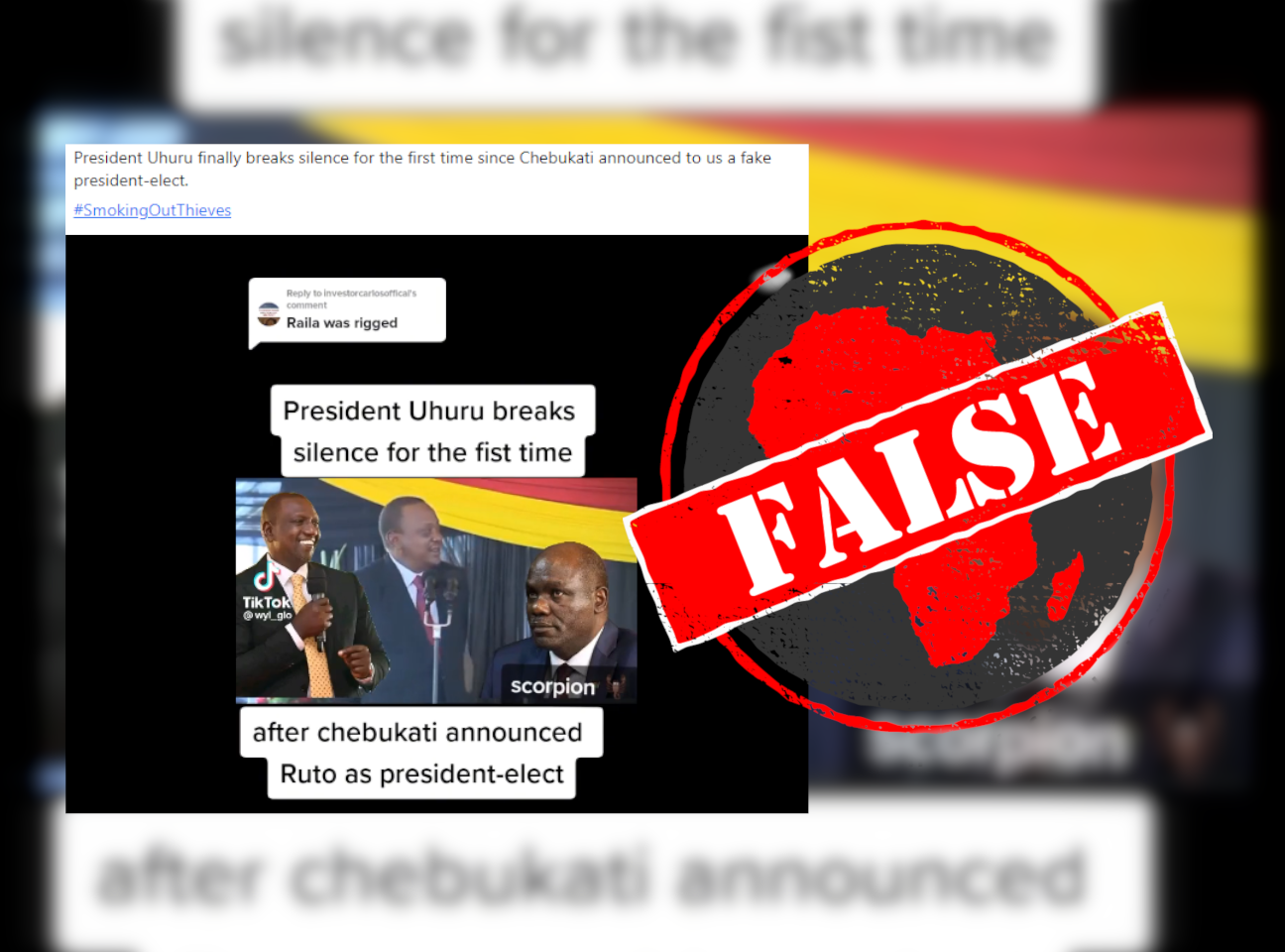 A Google reverse image search of a screenshot from the video led us to a 20 September 2017 Facebook post by the TV station NTV Kenya.

The snippet taken from what appears to be a news bulletin has a chyron that reads: “REPEAT PRESIDENTIAL POLL. UHURU: I AM PRESIDENT UNTIL A NEW ONE IS SWORN IN.”

Following this lead, we found the video on YouTube. It was uploaded on 22 September 2017 by the news website Nation.

The video is titled: “How Uhuru reacted to CJ Maraga’s statement on nullifying the repeat polls if marred with anomalies.”

Kenyans voted on 8 August 2017 in a general election. Kenyatta, running on a Jubilee Party ticket, was re-elected with 54% of the vote, having first been voted in in 2013.

But Odinga, running on an Orange Democratic Movement ticket, rejected the presidential result and went to the supreme court. The court, headed by then chief justice David Maraga, nullified the result and ordered a fresh election within 60 days.

That re-run was held on 26 October. But Odinga boycotted the election, leaving Kenyatta to romp to victory.

The video was shot between those two votes in 2017, and not after the August 2022 election.