IN SHORT: A Facebook page posting photos and controversial quotes, claiming to be by Kenyan journalist Chemutai Goin, is impersonating her. Goin says her official page is under the name “Jane Chemutai G”.

She was even recognised by Ruto in his first speech after he was declared the winner.

Goin was also in a group of people honoured by former president Uhuru Kenyatta in May 2020 for their contribution in fighting the Covid-19 pandemic in Kenya.

This fame has led to the emergence of a number of Facebook accounts and pages impersonating the journalist, as Africa Check recently uncovered.

While some posts on the page appear harmless, others have attracted criticism from social media users.

One such post reads: “A man who separates two fighting ladies is allowed to touch anywhere – Lolgorian proverb.”

The Facebook “page transparency” section of this page shows it was created only on 8 September 2022. It has over 15,000 followers.

It seems unlikely this Facebook page is run by the journalist, but we checked. 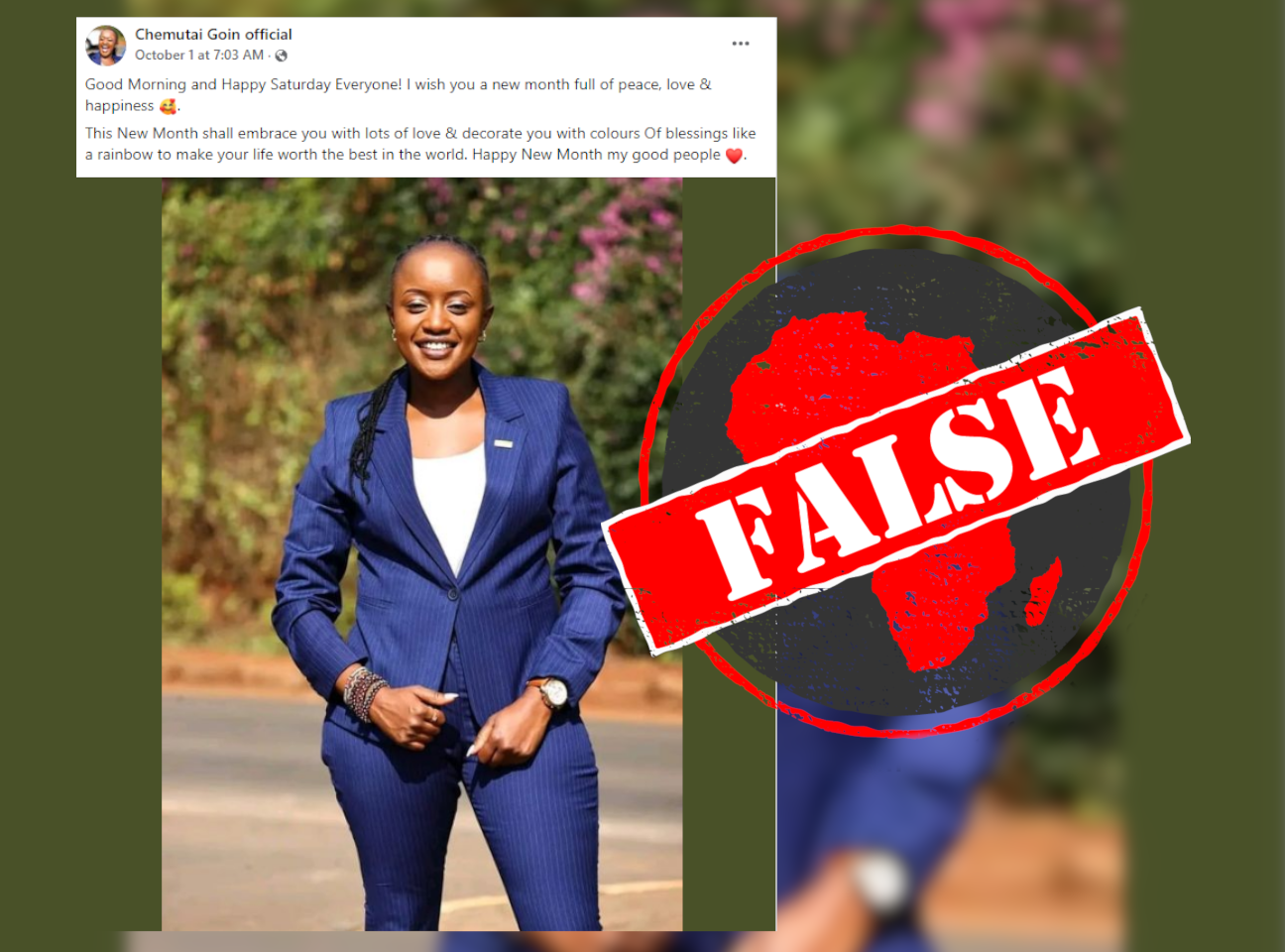 In the past, impersonators have used the names of the famous people in Kenyan society to publish controversial quotes on social media and even try to scam Facebook users.

Africa Check reached out to Goin and asked if the page belonged to her.

“My official Facebook account is Jane Chemutai G. All the others going by the name Chemutai Goin are fake,” she told us.