An advert offering career opportunities at ActionAid Uganda has been making the rounds on social media.

The ad, posted on a Facebook group with over 56,000 members, claims that ActionAid Uganda is recruiting for various positions across all districts in Uganda.

The ad has also been shared in a public group with over 39,000 members.

The ad urges interested candidates to send their applications to a Gmail email address and promises to reply to those shortlisted between 24 September and 2 October 2021.

The ad looks suspiciously like a number of job scams on Facebook that Africa Check has previously debunked. But is this ad legit? We checked. 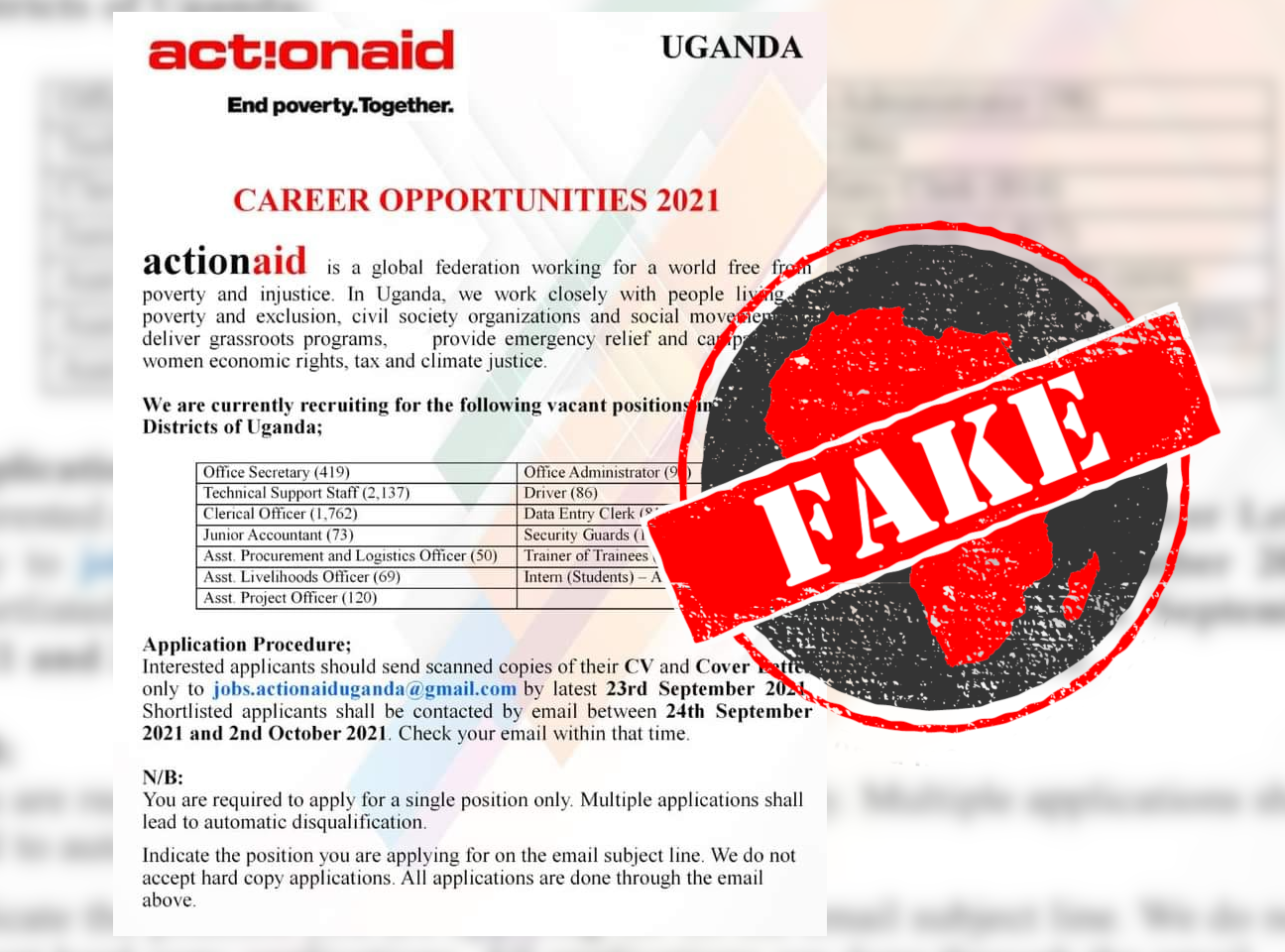 Vacancies not listed through official channels

The ad asked applicants to send their applications to a Gmail address and not an official ActionAid email address.

These are warning signs that the ad might be a scam.

ActionAid Uganda has dismissed the advert as fake, in a warning issued on Facebook and Twitter on 21 September.

The tweet reads, in part: “Please be informed that the job advert making rounds on social media is fake. Kindly note that AAIU has not outsourced any recruitment support and all job ads from the organisation are shared via print media, our official website and social media platforms.”

The organisation has also urged the public to be cautious and report any suspected fraudulent ActionAid recruitment directly to them.