A copy of what appears to be a memorandum of understanding (MOU) signed by two prominent Kenyan political players has been posted on Facebook. This comes ahead of general elections to be held in the country in August 2022.

On 23 January 2022 Mudavadi accepted his party’s nomination for the presidency. Ruto and Mudavadi have reportedly held meetings and announced a coalition, but any details have not been made public.

According to the letter, Ruto and the UDA will pay Mudavadi KSh5 billion as finance capital for upcoming joint-UDA-and-ANC campaigns in western Kenya.

Furthermore, the UDA agrees to not field any candidates for other positions in Western Kenya counties and ANC agrees to the same in the Rift Valley, Central and Northeastern Kenya regions.

But is the MOU legit? We checked. 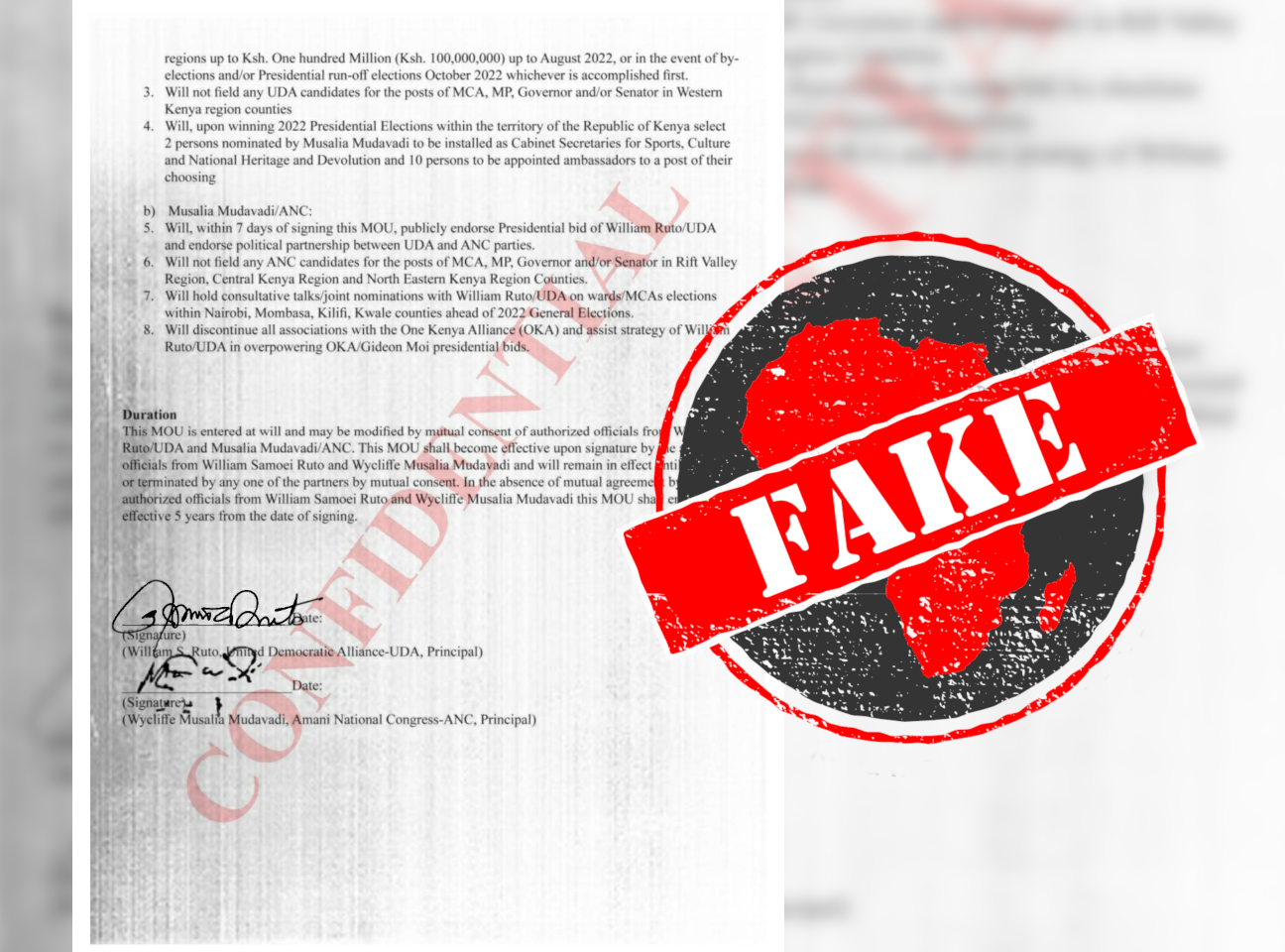 Africa Check reached out to the UDA to ask if the memo was legitimate.

Wanjohi Githae, the party’s director of communication, told us in a text message that it was “fake fake”.