The lodge is in Nyeri county, north of the Kenyan capital Nairobi, and the meeting has been widely referred to as Sagana III.

In his speech, the president declared his support for Orange Democratic Movement (ODM) leader Raila Odinga’s presidential bid in the August 2022 general elections.

Soon after, a graphic with a quote attributed to Kapseret member of parliament Oscar Sudi started circulating on Facebook. The graphic is branded with the logo of the Nation Africa news site, suggesting it was published by the organisation.

The quote reads: “If you look at the political landscape you can clearly tell the voting behaviour of some communities. Some people will promise you their votes and deliver while others will only be interested in your money but you will never see their votes.”

“Look at Mt Kenya for instance, Ruto has spent Billions on them only for them to embrace the nonsensical Sagana III declaration. Is that not outright betrayal? Mt Kenya voters are brainless dogs who will only eat your money while their votes are destined for someone else, No wonder they keep getting killed after every election.”

“Mt Kenya” when used in a political context in Kenya usually refers to the communities living in the central region of Kenya, specifically the Kikuyu, Meru and Embu.

But did Sudi really say this and did Nation Africa report it? We checked. 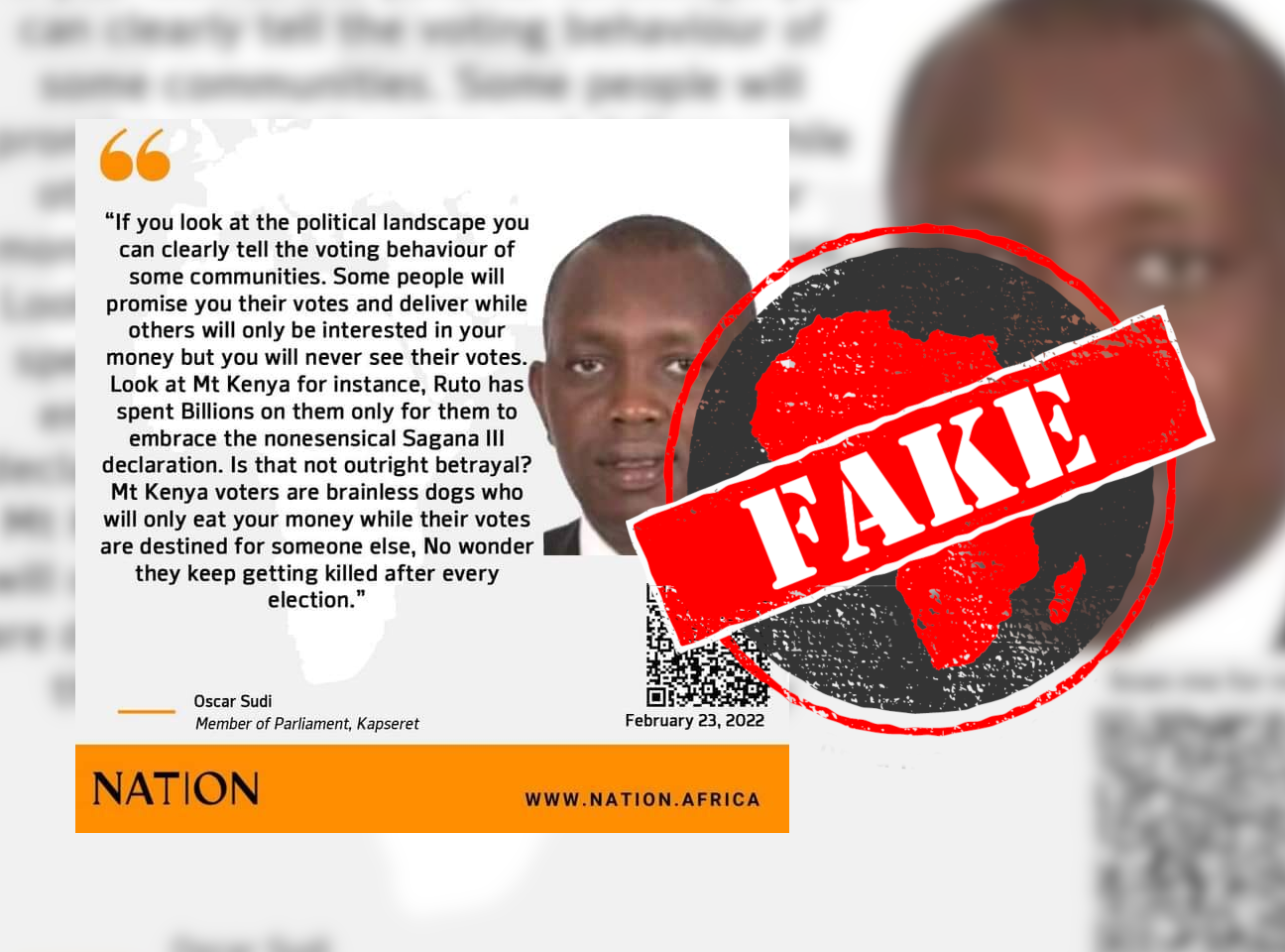 No evidence of quote, not published by Nation Africa

Sudi is active on social media, but we could not find any post by him referring to the Sagana meeting.

On the same day Nation Africa posted the graphic on its Twitter account, also stamped with large red “FAKE”.

They tweeted that “this quote doing rounds on social media is fake”.

Note: The same quote was shared on social media with the false claim it had been published by the Kenyans.co.ke news site. It is equally fake.