Ugandans go to the polls on 14 January 2021 in a race between current president Yoweri Museveni, running for his sixth term after 35 years in power, and 10 challengers – most notably popular musician Robert Kyagulanyi, known as Bobi Wine.

But on 12 January a Facebook post claimed officials had announced the election would be rescheduled to slow the spread of Covid-19.

The post shows two screenshots of what appear to be tweets from the official accounts of Uganda’s electoral commission and health ministry.

They are identically worded: “ANNOUNCEMENT: @UgandaEC has decided to reschedule polling days in order to prevent the spread of COVID-19 as follows: @HEBobiwine on 14 Jan 2021 @KagutaMuseveni on 15 Jan 2021.”

The tweets make no mention of the other nine presidential candidates cleared by Uganda’s electoral body. They only list two dates when Ugandan citizens may vote for either Museveni or Kyagulanyi. The omission of the other candidates is suspicious.

Has the electoral commission announced that Ugandans will vote for Kyagulanyi on 14 January and for Museveni on 15 January? We checked. 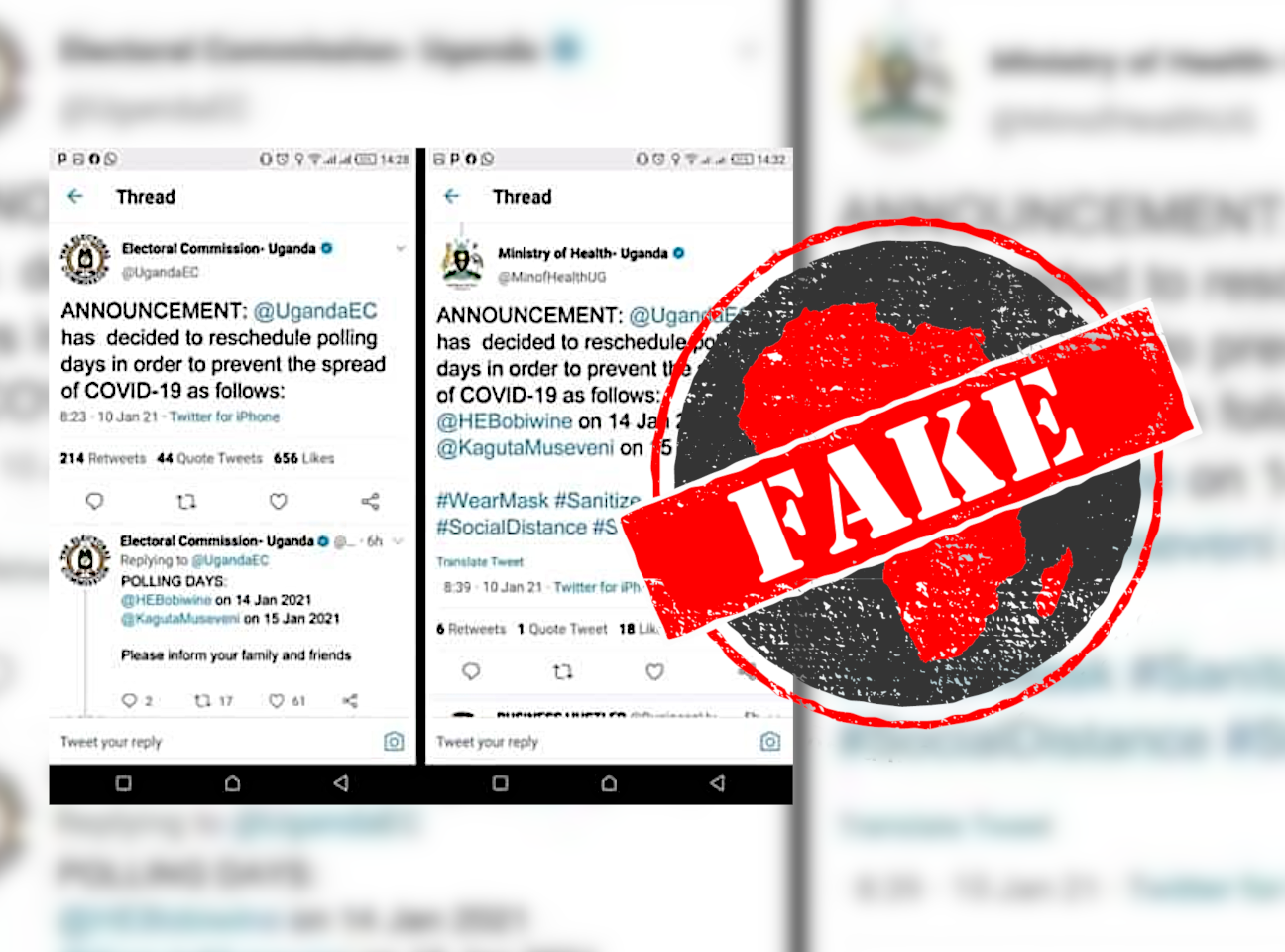 ‘The public should ignore’

This is false information that the public should ignore. The polling date for Presidential and Parliamentary Elections is 14th January 2021. pic.twitter.com/W8L2h2UPKY


“This is false information that the public should ignore,” the commission tweeted. “The polling date for the Presidential and Parliamentary elections is 14 January 2021.” The tweet was retweeted by the health ministry.