A post on Facebook claims the chief of joint staff in the Ugandan police, Maj Gen Jackson Bakasumba, has been appointed the deputy inspector general of police.

The post shares a photo of Bakasumba and reads: “Maj Gen Jack Bakasumba has been appointed the new Deputy Inspector General of Police. The position fell vacant after the death of Lt Gen Paul Lokech a few months ago. Bakasumba has been the police Chief of Joint Staff. Detail to follow.”

The post appeared on 13 November 2021, but neither president Yoweri Museveni, who would make the appointment, nor the Ugandan parliament, which approves presidential nominees for top police posts, has made any announcement.

Could we have missed Bakasuma’s new appointment? We checked. 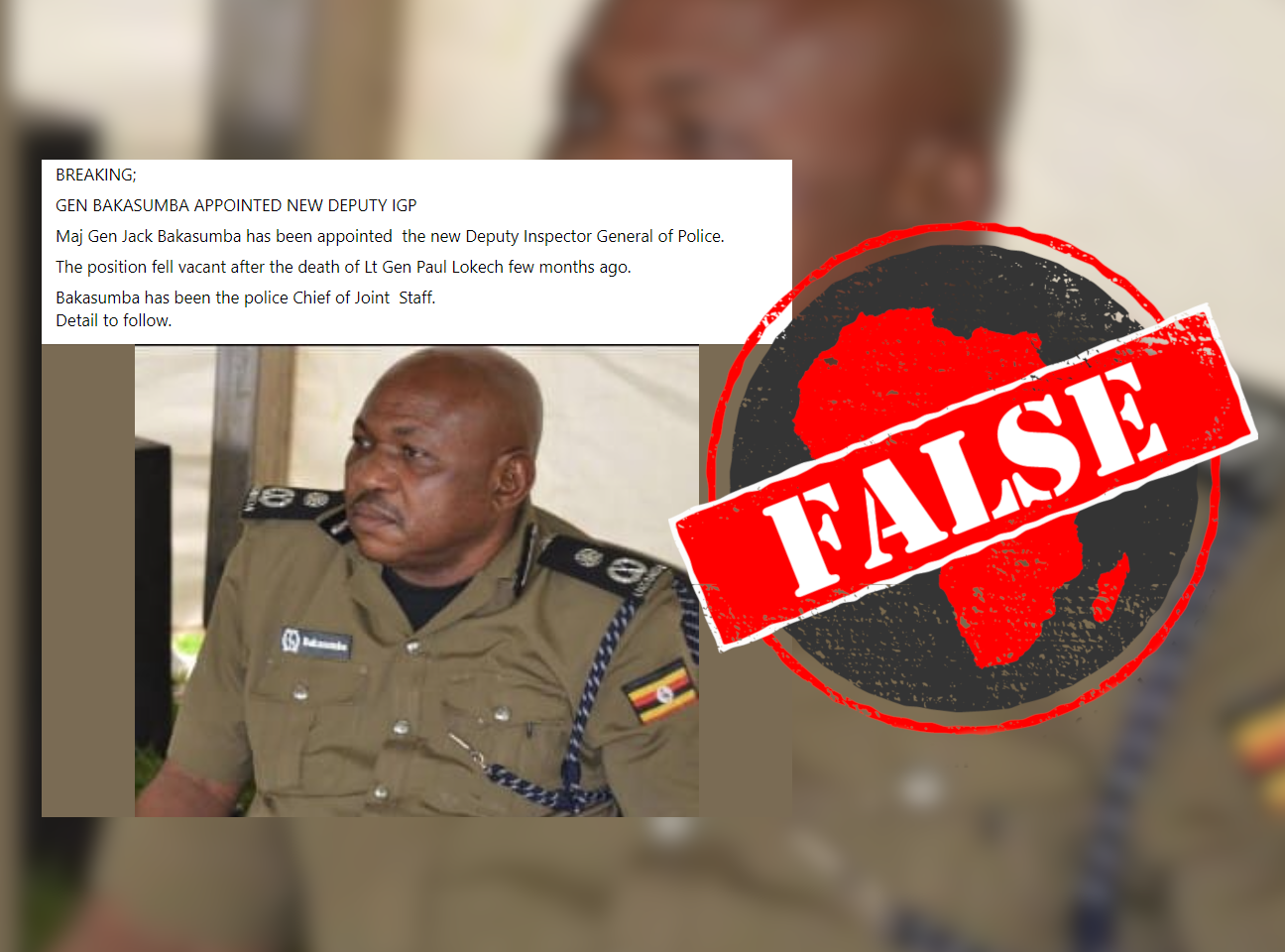 The Uganda police force, through Twitter, dismissed the rumours of Bakasumba’s appointment and called them “false and baseless”.

Part of the tweet read: “Please disregard all social media posts, making false and baseless claims ... It is not true and we ask all media platforms to pull down their fake stories.”

The police said they would inform the public through “proven communication channels” once the post was filled.